How the local alternative scene still has some growing to do – Interview: Glass Harbour 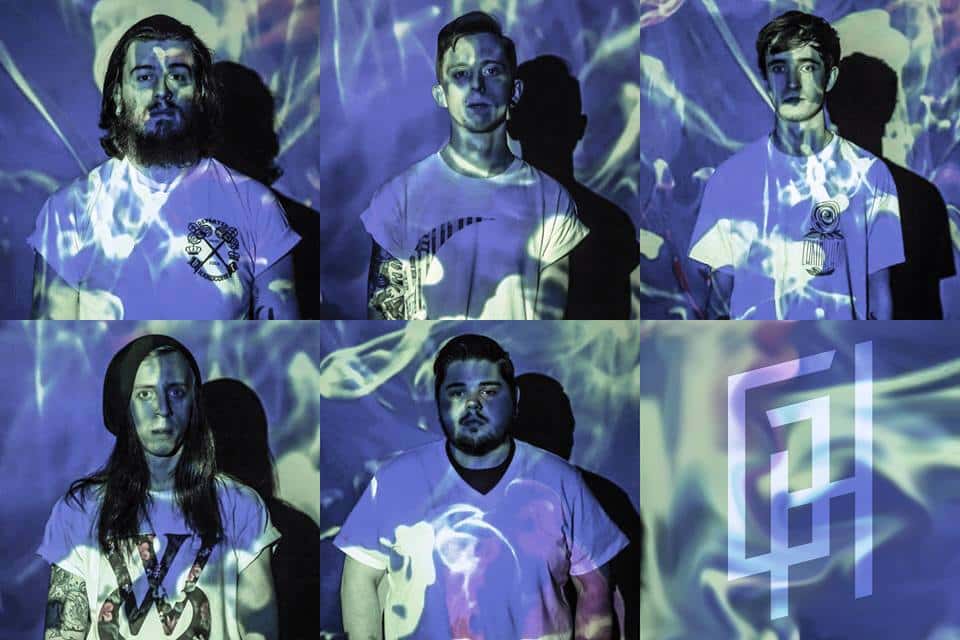 Alternative music in the North East is something that is slowly growing into a sought after demographic for those who like their hair long, skin inked and music loud. Middlesbrough, in particular, has seen the arrival of Pop Punk, Hell Metal and Hardcore on the smoggy streets, but what is it like trying to build a name for your band from such an overlooked area?

Building an identity for yourself is hard, especially when the local music scene has evolved into more than just your run of the mill guitar bands playing the working mens club.

Nowadays people are looking for something new and fresh to work with, which is something that Glass Harbour drummer Antonie Thomas understands all too well: “It’s always good to see that the music scene with that genre is still alive and kicking in some way, despite a lot of good bands coming and going. But trying to “fit in” now is probably all down to really what you can offer, maybe a different sound which is what I think Harbour will have with the next release than something that has come out of Teesside before.”

Although the notion of a small town band setting out to take on the world seems rather daunting, it’s not always as menacing as it sounds. With Middlesbrough’s alternative scene becoming more of a tightly knit community, bands from the local area often stick together and help each other along with live performances and tours.

They say it’s all about who you know and with Glass Harbour there’s no exception: “Luckily, we’re all really good friends with a lot of the bands in the scene so we’re able to support one another which ultimately helps us all out with recognition.”

With the demand for the Middlesbrough music scene to grow larger and larger, sometimes for bands to secure the shows they need to survive, means flying the nest a little bit.

For some the inconvenience doesn’t come close to living the dream as Antonie states: “Honestly, Middlesbrough suffers in that respect. These days there isn’t that many venues that are happy to put bands on compared to say five years ago. In the past couple of years, especially, I’ve found that looking outside the area is the way forward in securing any gigs, despite the additional cost or trouble of having to get there its obviously worth it to us.”

Thankfully, for younger bands that do their best to give the dream everything they can muster. A more active music scene isn’t exactly worlds away. Take Tyneside for example, somewhere that Glass Harbour are particularly fond of: “Around the Newcastle area, venues such as Trillian’s, the various Head of Steam bars, The Cluny, Think Tank and even the either of the university SU’s seem popular amongst bands of all levels. Smaller bands probably head to the likes of Trillian’s but it’s surprising which bands turn up where sometimes and for how cheap you can see them for as well.”

The thing about rock music as a whole is the deal of respect between artists, something that Glass Harbour have experienced first hand while out on the road: “Our last show in December before going on a writing break was with a Dutch band named Dock 83, and we’ve remained in contact ever since and are all now really good friends and looking to head over there at some point.

“But sure it’s great to see your friends doing well in their bands as well.” Social media has also become a kind of technological extension of any band, with various acts in the local area, showing their support to others through the sharing of content via Facebook or shout outs on Twitter.

Building relationships with other musicians has never been so easy, and is something Glass Harbour are relieved they can do on a day-to-day basis. “I’ve always gone with the mentality every big band has started somewhere, not saying we’ll headline Download anytime soon but it all starts from the basics of getting to know other bands and helping each other out.

“As I said before, having friends in bands from all over the place can really benefit in spreading your music in ways you can’t on your own, especially through social networking. Word of mouth is stronger.”

So what’s next for Glass Harbour? Well, following their first weekender tour with Eight Days in April and their recent show in Leeds with Carbine, Glass Harbour tease that more is still to come: “We have some pretty cool things in the works right now. We are working on another tour for the back end of May. There’s also the strong possibility of going abroad over summer but mainly we want finish the next release, which we’re all really excited about and can’t wait for people to hear.” We can’t wait to hear more from you either gents. Up the Boro, stay rad.