Added on 19th May 2016  Luke Smith  Across All Oceans , Interview , Middlesborough 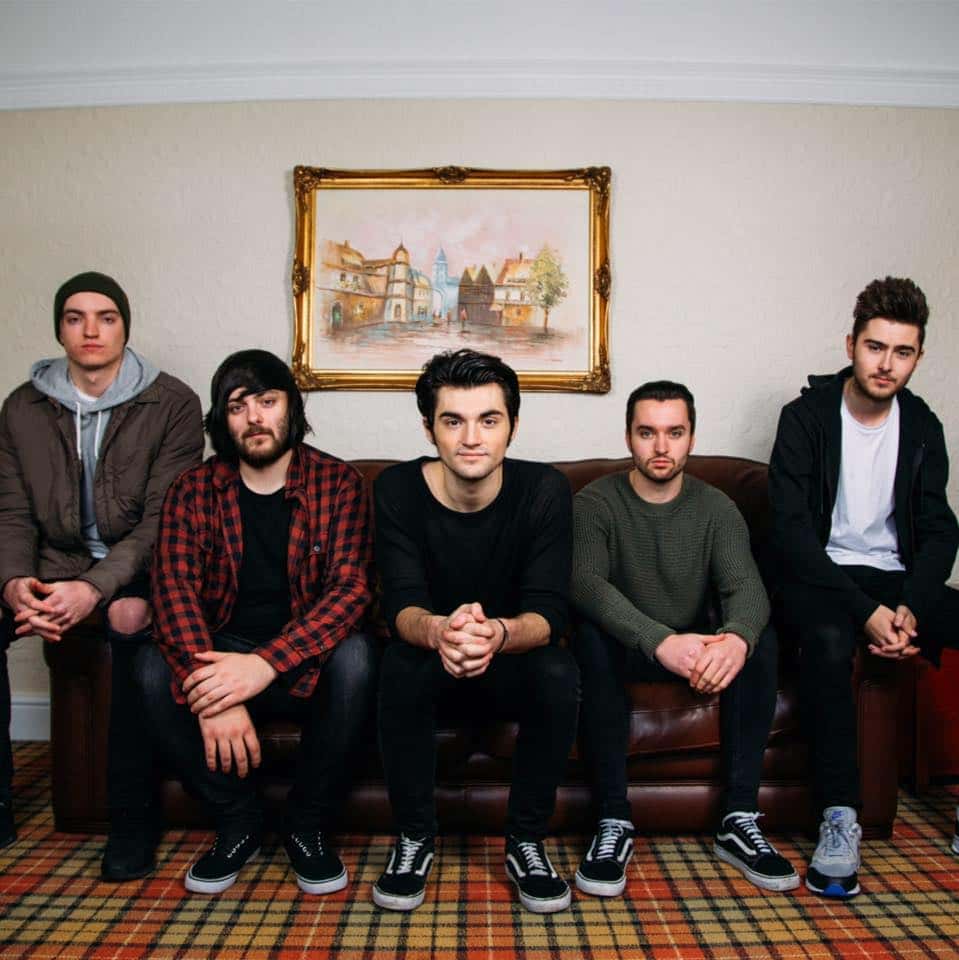 Starting a band with your buddies is often a dream for anyone who plays an instrument. Although the idea of playing shows and putting out albums for a living isn’t as easy as most people think, with plenty of up and coming bands either crumbling under pressure or unable to meet financial demands.

Meet Across All Oceans, one of the North East’s leading pioneers in pop punk. We had a chat with bassist Dan Shepard about the struggles he and his band makes went through while juggling university, jobs and the seemingly unreachable release of their latest EP, Homegrown.

NL: What is it like starting off as a band from such a small UK town?

Dan: It was an asset and a hindrance, being from a small town there wasn’t a lot of bands kicking about so it was easy to get noticed and start garnering a local following. The downside was there were hardly any gigs, we found ourselves playing to social clubs filled with 40-year-old blokes, not exactly our key demographic. We got to support some cool bands when they came through though, being the only pop punky kind of band, it meant we got established here early and got to play with bands like Major League.

NL: You’ve went on record saying that 2015 was a difficult year for you as a band, could you shed a little light on what made it so tough?

Dan: The best way to describe it is frustrating. Half the band had just started uni, so getting the time to leave and tour was near impossible. Especially with a couple of us working as well, it wasn’t easy to get the time off of university and work. This meant we hardly saw each other through the writing and recording process. I think we had 1 or maybe 2 writing sessions as a full unit. We managed to make it home to record videos and do photo-shoots, but it was a case of once that was done we all hopped back on trains or drove back to where we were living at uni. Then it wouldn’t be months until we saw each other again. Myself, Kyle and Ste lived closest to each other so we really took control for the writing of the EP. Then it was a case of we recorded the instrumental side to the EP and then had to wait 3 or 4 months to go back to Sheffield again to finish vocals because Mine and Andrew’s schedule just wouldn’t line up. Jono was down for 1 day to do his drums then he left again due to exams and coursework. We thought about packing in on more than one occasion, we started writing new stuff that wasn’t oceans. Me and Ste had a hardcore EP written just to fall back on in case Oceans went under. It just wasn’t fun anymore to be honest, we hated having to do anything band related, we even hated each other and it was just a struggle to get anything done.

NL: You’ve developed your sound a little more into the EMO side of pop punk, will this be a returning thing in future works? Don’t you miss the happy songs?

Dan: The emo sound will definitely be coming back, its something we all love playing and it reminds us of stuff we grew up on, rather than being part of a current trend. For us those band like Brand New and Taking Back Sunday are just timeless, and we’d rather aim for a timeless sound than a trend one that’s going to get us super popular for a few months then completely forgotten about this time next year.

NL: You’ve been touring a little with some of UK bands, where’s the next places you’d like to go? Or a big band you only dream of touring with?

Dan: We literally want to play anywhere and everywhere. We’ve got two years of being stagnant to catch up on, we’re looking to tour as much as humanely possible. We’re sick of sitting around. Europe is definitely a goal for us. Our mates in All At Sea and our tour manager just went round Europe for a week and it looked so much fun, just to explore new places with your best friends and play to people who speak a different language to you. Just seems like an awesome thing to be able to do. We’d love to tour with Brand New, I think that’d be the big one for us right now. I’d personally love to tour with The Wonder Years and Moose Blood, just bands that influence us heavily, would be cool to go out with them and see how they work while on the road.

NL: Was it always pop punk you were settled on playing, ever wanted to embrace anything heavier?

Dan: Pop Punk was what brought us together but we’ve definitely experimented with some heavier sounds. Before the release of Looking Back we had a full easycore EP written, breakdowns galore, gang chants, even synth. We were gonna be the second coming of Four Year Strong. Myself and Stephen have always definitely wanted to write something heavier, but as part of a separate project. Jono is a massive fan of The Word Alive and Luke Holland so I think he’d be on board as well. Stephen owns and 8 string and just randomly messages me with these filthy riffs.

Dan: Money is definitely a factor, but has never been a massive issue. The hardest thing would be finding the time now. We’re all growing up and have to go out and get “Real” jobs soon, I graduate in a couple months and there are certain expectations for me to leave being in a band behind and start being serious with what I want to do with my life, but I don’t think anyone would actually say that to me.

NL: Do you push to get noticed by the bigger festival organisations? How would you feel being asked to play a tent or stage?

Dan: We try, but they overlook bands much bigger than us who we’re friends with, so there’s no hope for us at the time I don’t think. We’d snap that up in a heartbeat, we’ve all been going to festivals for years so it would be cool to experience it from the other side of the stage.

NL: Again returning to you guys being young lads, do you see yourself staying in the music scene for a long time? Are you afraid that real jobs will have to take over?

Dan: We want to stay here for as long as possible, but there will come a time where if nothings happened then we’ll all agree to just leave it behind. And there’s no harm in that, at least we can say we tried. Real jobs are certainly a factor; Ste, Andy and Jono are all relatively early in their uni courses whereas me and Kyle are getting close to graduating so there’s more of an expectation on us than them at this current time.

NL: How was the recording process for Homegrown? What was it like working in the professional studios?

Dan: Working at Steel City Studios in Sheffield was great. Drew Lawson is a wizard. He just made sure we knew exactly what we wanted the EP to sound like and what we wanted from it and from him and he just went from there. He’s very much focused on the vibe of a record as opposed to “I want to sound like this band” kind of attitude. He brought out the best from all of us and pushed us all to be better musicians/vocalists etc. He brought things to the table we never thought of and generally made the EP better. We’ve made a friend in him and I think we’d go back to him to record again without even thinking about it.

NL: Is any material in the pipeline for another EP or album?

Dan: We’re always constantly writing and demoing, so there’s definitely material kicking about. The plan is to release a small 2 track CD towards the end of the year and then possibly another EP next year. Homegrown took over a year to write and record and we scrapped about 15 songs to get to the final 5 we had, so it definitely takes time but we are working towards a new EP.

Supporting upcoming bands in your local area is crucial for their survival. Let’s help build a name for the north by supporting it’s musical talent together. Head over to the Across All Oceans store to pick up the new EP, it’s free or you can choose to donate. Why not pick up some cool threads while you’re there? Just visit the merch section by following this link https://acrossalloceans.bandcamp.com.