Rebecca Royle from Sunderland said: “Dead excited to have a look at that.  I’ve always been interested in Diwali.”

The Asian community was left with unforgettable memories of the Hindu festival.  This celebration lifted everyone’s spirit as they enjoyed the celebrations so much that it made them join in the Indian Dandiya stick dancing.  The sumptuous food on the platter encouraged the community to eat more and more.

The community was welcomed to eating delectable Indian sweets after singing prayers in the forms of songs, ending with the Diwali fireworks in the North East of England to mark the start of the Hindu New Year. 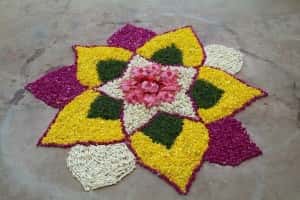 The Asian community have been dancing to different music and eating Indian delights at the Winter Gardens and this usually takes places every year.

The Winter Gardens Museum was decorated with different coloured chunis (colourful thin scarfs) and the rangoli patterns on the floor.  North Tyneside and South Tyneside also celebrated Diwali with fireworks.

Mandi Purvis, from Cleadon Village in Sunderland, said: “I have never been involved in Diwali celebrations but my hubby and I are going to go to the event at the Winter Gardens Museum.  I’m looking forward to it.”

“The venue will make this truly unique.  And the extent to which we have engaged the community in this will also contribute to a very special event,” said Louise Bradford, who is the director and owner of Creo Communications and is looking after the Press and PR for the Diwali event at the Winter Gardens.

“We have worked with a range of organisations – from Young Asian Voices to Sangini, a charitable organisation in the city.  And the city’s student population is supporting us with the event too, which is incredible.”

She added: “The partners we have engaged around the table should help to make this a really authentic Indian celebration. We have had tremendous support from the Sunderland Software Centre business RGB Media, as well as Tyne and Wear Fire Services, Sunderland BID and the East Sunderland Area Committee. 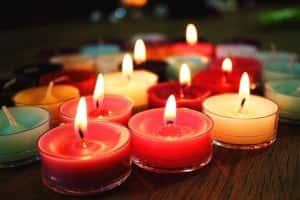 This occasion is also known as Deepavali, which means a row of lights.  Those who celebrate usually light candles around the house and are involved in prayers for the Hindu New Year.  Lighting candles is associated with bringing in light to remove darkness and victory of good over evil.

The Hindu, Sikh and Jain religions celebrate the Diwali festival of light.  The tradition is usually the same for all of these Asian cultures but the rituals can sometimes vary for different religions.

According to the Hindu tradition, Diwali is a time when Lord Rama, Luxman and Sita came home after their 14 years of exile from the forest.  This story dates back to 1500BC.  The story of the Ramayan talks about how King Dasarath promised his Queen, two wishes.  She used the first one for her heir to become king and the second one to send Lord Rama to exile.  On Rama’s return the city was lit to welcome him and the tradition of lights has been carried on every year.

Bradford said: “The Winter Gardens was the perfect space for the event.  The story of Diwali links to the exile of Lord Rama to the forest, and of course, what better place to host our celebration than Sunderland’s very own indoor forest!”