As student pilots, those are the first things we learn and are told to adhere to. The cardinal rules of aviation. Those are also the very procedures displayed by Cpt. Chesley Sullenbuger during the ditching of US Airways Flight 1549. Such actions have led to the Clint Eastwood’s “Sully” opening in cinemas across the world.

The film showcases the events of the day and the moments leading up to the ditching. It accurately portrays the flight as documented by the cockpit voice recorder and flight recorder logs.

As with most of Eastwood’s films, it carries a lot of weight on showcasing the human element and the effects of what was a mere 4 minutes and 10 seconds. A wonderfully accurate portrayal of how an accident impacts the flight crew along with the long National Transportation Safety Board (NTSB) inquest.

The film starts with the potential “what if” scenario should the flight crew have attempted a fatal return to LaGuardia Airport as part of the haunting nightmares that Captain Sullenburger had post-accident.

These nightmares seem to follow the crew around for most of the investigation, particularly when the NTSB team replays the cockpit voice recorder at the public hearing.

As with many of Eastwood’s films such as “American Sniper” and “Flags of our Fathers”, they showcase and acknowledge the Post Traumatic Stress Disorder that affected many of the characters in real life. Sully is no different, after the flight, its clear the Captain Sullenberger is changed. Eastwood’s brings the effects of PTSD as close as he can to the audience showing Sullenberger’s challenges in the immediate post-crash scenes. These include flashbacks and insomnia. 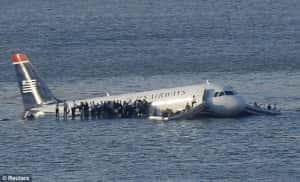 N106US ditched in the Hudson

Contrary to the then-New York Mayor Michael Bloomberg’s nickname for Sullenberger: “Captain Cool”. The real-life Sullenberger had actually revealed that he had suffered symptoms of PTSD for weeks after the crash.

Tom Hank’s Sullenberger does actually mostly reflect the style and behaviour of the real-life Sullenberger along with the PTSD that he was affected by. It shows the straight, confident and clear-cut method of speaking that Sullenberger has along with this confidence and drive in public.

The film also shows the importance of crew resource management (CRM) in aviation safety, with cockpit crew and cabin crew working together as one unit to save the lives of as many passengers as possible. In this case, all 155 of the passengers and crew making it out alive.

These clear procedures are not just seen in scenes for cockpit crew’s handling of the birdstrike, but also that of the cabin crew who shout in unison “Brace for Impact! Head Down! Stay Down!” once Sully gave the announcement saying: “This is the Captain, Brace for Impact!”.

“Brace for Impact! Head Down! Stay Down!”

Leading into the crash and aftermath, of note are the NY Waterways ferry responses along with Eastwood’s casting choice of Ferry Captain Vince Lombardi who was part of the actual response team.

Eastwood also features the  NY ferry Thomas Jefferson which was the first to respond to the ditched airliner.

Credit is also given to the New York Police Department’s Scuba response team who pulled survivors out of the water.

True to tale, Hank’s Sullenberger is the last to leave the aircraft after doing sweeps for survivors. 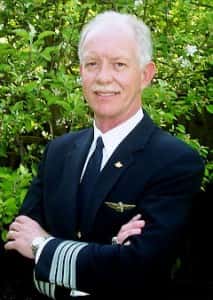 As accurate as Eastwood’s nailed the crash scene, he has taken quite a bit of creative license to fill the time after the crash scenes so it can be turned into a movie.

Hank’s Sullenberger is shown to be wrought with survivors guilt and self-doubt following the initial NTSB inquest where he’s asked questions that doubt his capability and responsibility as a pilot. Whereas in fact, the real-life Sullenberger expressed no doubts with regards to his decision to land in the Hudson River. He maintained his composure and refused to back down.

These instances are shown in the film reflected as Sullenberger’s demand for Airbus to conduct manned simulations. These manned simulations however are initially shown to be damning to Captain  Sullenberger’s case until it is revealed that the film’s Airbus crew took countless attempts before they actually managed to land at Laguardia or Teterboro Airports.

The film has the inquest down accurately whereby they initially do not take into account the decision making time from the birdstrike to when they decide if they should turn back. It is shown that should they have turned back immediately, they would have been successful. In real life, the crew had to take decision time to figure out what to do and where to go. As in real life, the NTSB is eventually forced to re-run simulations with these new figures with decision time taken into account. 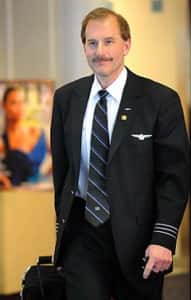 Unlike the basis of many Clint Eastwood films with a clear and present enemy. The miracle on the Hudson has never really had a clear outright enemy.

This has once again forced Eastwood to take a bit more creative license. While he builds up the reputation of Captain Sullenberger and his actions. He does however condemn the NTSB and its investigators by portraying them to be questioning and demonised monsters who are outrightly trying to frame the aircrew.

The reality of that was that the real NTSB investigators had actually acknowledged and supported the public line of the aircrew’s heroism. As part of the investigation, the chairman of the NTSB, Deborah A.P. Hersman said: “This is a great example of the professionalism of the crewmembers, air traffic controllers and emergency responders who all played a role in preserving the safety of everyone aboard.”

“There was no effort to crucify him or embarrass him,” Malcolm Brenner, an NTSB human behavior specialist who was part of the accident’s investigation, told Bloomberg. “If there were questions, it was to learn things.” 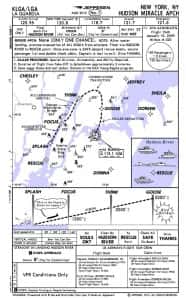 The only way the movie makes the audience see drama in it, is to have a manufactured villain which doesn’t take into account the real-life repercussions it can have on peoples careers.

All in all, Sully has turned out to be a movie about bureaucracy and the red-tape of US Federal investigations with heroic action scenes. This is all to be needed as the audience is not entirely going to be made up of aviation buffs, and theres no logical way to make a standard Federal investigation in a movie without bringing up the tension.

The redeeming factor is that it showcases and brings to light the issue of Post Traumatic Stress Disorder and acknowledges it as an issue that needs to be addressed. As a movie about the Pilots, this is where the movie does shine. As with many of the best aviation stories, its not so much about the aircraft, or saving it, the airmanship involved or the actual crash itself.

Its so much more than that, its about the humans who control the yoke; the aircraft’s heart and soul, the spirit that breathes life into a pretty piece of metal sitting lifeless on an apron.