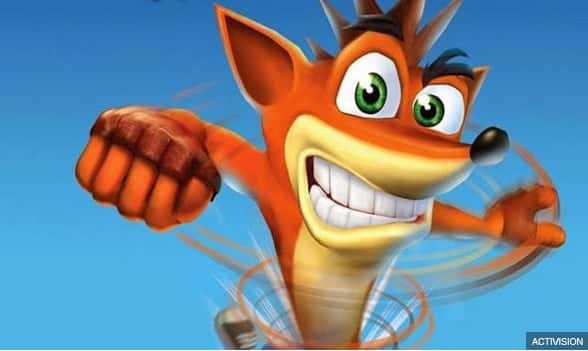 He’s back! The original PlayStation mascot, Crash Bandicoot, is spinning his way into next gen with the reveal of the N Sane trilogy.

This remaster will include Crash 1,2 and Warped, each one being given a shiny make over to give the classic games the look and feel of their modern day counterparts.

Developers Vicarious Visions could not make a traditional remaster for the Crash trilogy, as most of the code for the original games was unusable. Instead they have made what they call a “remaster plus”, by looking over the original designs and inspirations Naughty Dog used when first designing Crash and his N Sane world.
The result of this work was shown at the PSX conference in a trailer showcasing action from the rebuilt Crash 1.

The very first thing highlighted in this trailer is “The Sound”. Those who have played the original Crash trilogy will know that the sounds and music were a huge part of these games, perfectly reflecting the world around Crash. The first sound played is a magical effect which hints at the presence of Crash’s aid, Aku Aku. We then hear the unmistakeable sound of the orange marsupial performing his signature move, spinning, then the cherry on the nostalgia cake, we hear the moment Crash finds his witch doctor mask Aku Aku (I believe he says Burabuga).

Already this feels like the developers are on the right tracks as they know exactly what made Crash so good: it was simple but engaging. Crash span around and would travel to different worlds each completely different from the last, from a thick jungle full of wildlife to a cold mechanical future.

We then get to see Crash in action as he runs off to start breaking boxes, collecting wumpa fruit and meet a vast array of creatures and enemies. The design of the bandicoot is great, from the trainers to the jeans all the way to the bushy eyebrows Crash is back and has scrubbed up well for the PS4. This is also a far cry from the tattooed design we last saw in Crash of the Titans and Mind Over Mutant which coincided with the decline and hiatus of the franchise.

Each setting looks fantastic, the jungle looks so vibrant and alive with colour everywhere, while the evil Cortex Castle and mechanical factory are very different, being much darker and filled with more danger. We also see the return of the classic Crash moment where he must escape a giant bolder, Indiana Jones style.

This was just a taste of the N Sane trilogy with action from Crash 2 and Warped yet to be released. However, what we have seen so far is enough to get very excited for as it looks to be hitting all the right notes and if this remastered trilogy sells well, which is very likely, Crash may see his own original game finally on the PS4.