Smoke Stack Rhino are a fairly new blues rock band from Melbourne, Australia. The first song I heard by them was 'Screwdriver Girls' and I knew that I had found myself a solid band, however, I didn't yet know at that point the consistent level of quality that every song they have released so far has. 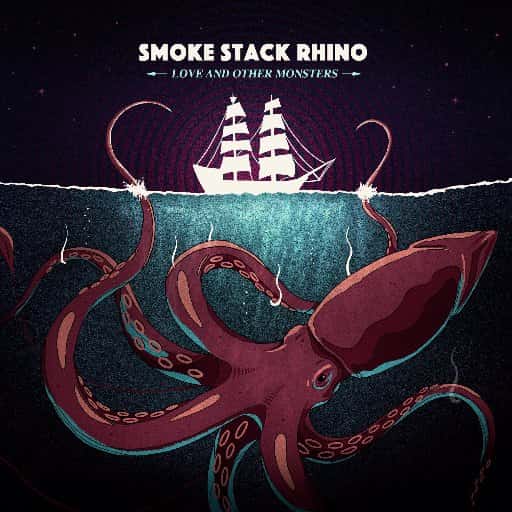 Before their Debut Album they had released the EP ‘Riverside’ in 2013 along with two singles ‘Taste’ and ‘All My Love’ the following year. All the songs found on these are great, but could they keep the consistency going for a full album? After listening to ‘Love and Other Monsters’ the answer is yes.

The debut album features nine tracks and covers multiple genres from post grunge to blues rock. Most importantly, it contains no filler. It kicks off with ‘Screwdriver Girls’, an upbeat, catchy opener with a riff that sounds almost like a country version of AC/DC’s Thunderstruck.

The second track ‘Mrs. Foley’s Baby Boy’ is inspired by wrestling, making reference to Mick Foley. It begins as a fast paced blues song but around the one minute thirty mark, bridges off into a mesmerising fuel filled tangent with infectious guitar solos. Upon mixing, audio of cheering, along with spoken lyrics, have been added making it seem as if you are listening to the world’s most intense wrestling match. The title track is more of the same. It’s heavy base verges off into more melodic segments that don’t fail to impress.

The fourth track ‘Party People of the Cherry Bar’ has a funky, clam intro with vocals and a simple beat before it kicks into the outstanding chorus. The fifth track, ‘1851’, is my personal favourite. Written about the gold rush of 1850’s Australia, it has a distinct, nostalgic, Aussie feel to it. As found in previous Smoke Stack Rhino songs, there is use of the harmonica, and along with the amazing riff and vocals, it is a truly remarkable track.

The next track, ‘Cool Change’ is exactly what the title suggests. It is a laid back song about heartbreak and new beginnings. Whilst it is different from the previous tracks, it still doesn’t fail to make you replay it.

Inspired by Bootsy Collins, ‘Rhino Funk Party’ sees a completely different genre infused into their usual blues rock. It’s funky, up-beat and you can tell that they had a blast recording this track.

The last two tracks ‘Rumblefish’ part 1 and 2 reference Pirates of the Caribbean – “please save my soul from Davy Jones”. Part one has grungy guitar riffs with a heavy focus on percussion. Whereas part 2 is calmer, acting as a good album closer.

Overall, ‘Love and Other Monsters’ is possibly the most impressive debut album I have ever heard. It has a mixture of genres branching out from rock, so if you are a fan of any style of rock music there’s probably a song for you on this album. Smoke Stack Rhino have a surprisingly small fan base for the quality of their music so I really do encourage you to check them out.

One Response to Smoke Stack Rhino: ‘Love and Other Monsters’ Album Review