It is safe to say that M. Night Shyamalan is a big name in the supernatural film world. For better or for worse, the director tends to create a buzz whenever film-lovers spot a trailer donning his unmistakable surname. 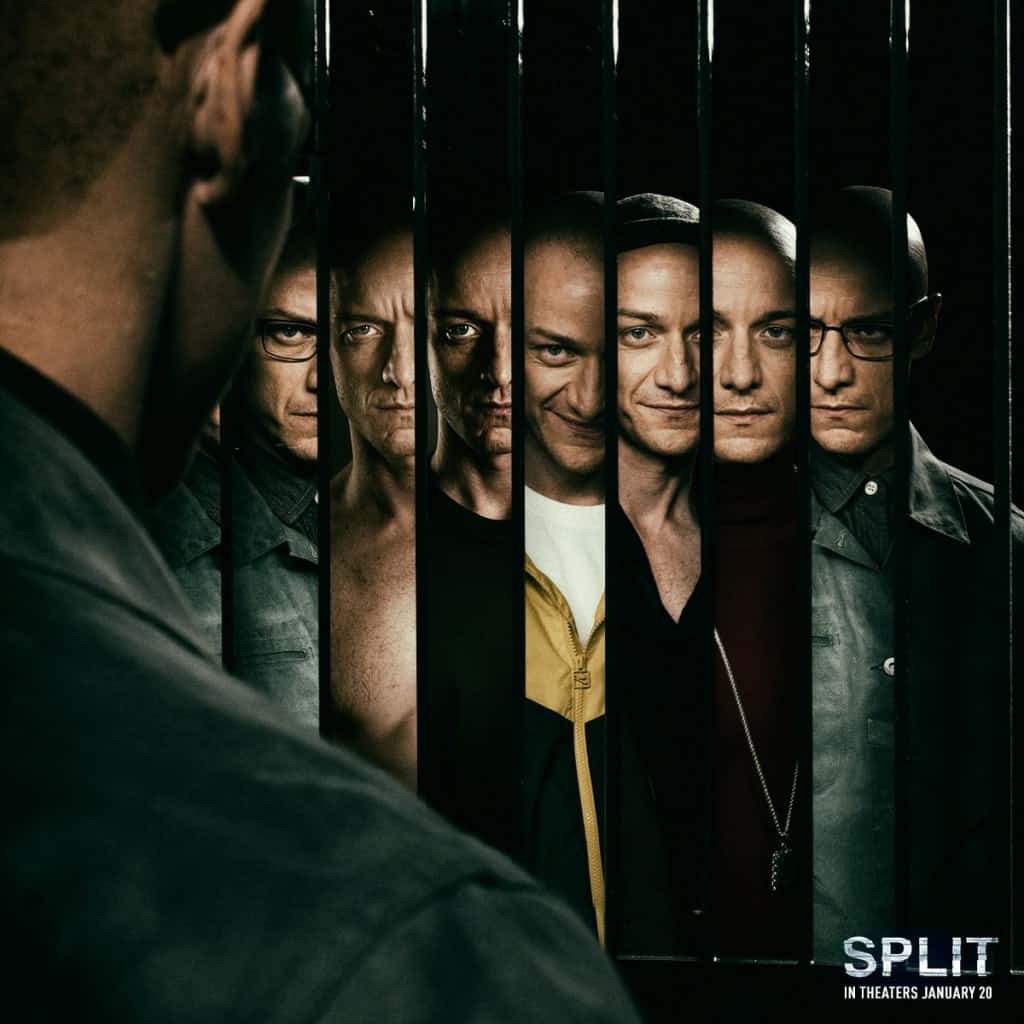 Yet any praise for his latest release, Split, should not be aimed at Shyamalan, but its star James McAvoy. Though widely known for his role as Charles Xavier in the latest X-Men franchise, McAvoy caught critics’ attention in 2013 when he played a corrupt, drug-addicted policeman with an array of mental health issues in Jon S. Baird’s adaptation of Filth. If Filth firmly placed McAvoy in the high ranks of the UK’s finest actors, Split cements it.

Split is the story of Kevin (McAvoy) who has Differentiated Identity Disorder (D.I.D), an illness that has led him to acquire 23 personalities during his lifetime. However, Kevin kidnaps three teenage girls just as a 24th personality is about to surface, and the girls must find a way out of captivity before it is unleashed.

Playing a character with 23 different personalities is no mean feat, but McAvoy works each individual character with complete ease. The audience are made aware of all of McAvoy’s split personalities even if we actually only see nine of them.  In one particular scene McAvoy slowly transitions from camp fashion designer, Barry, to the OCD-ridden mastermind of the film, Dennis, with such exquisite ease that even Kevin’s psychotherapist appears to be taken aback by the changeover. Other than McAvoy’s performance however, which is second to none, there isn’t much to commend about Shyamalan’s latest release.

On the surface the plot is commendably original, yet this is not the film the trailers make it out to be. By the end of the film, the story changes its genre from attempted thriller to complete fantasy.

The problem with the film is that it’s based on a real life illness: D.I.D. Though a person suffering from D.I.D isn’t able to change the physical state of their body, one personality cannot suffer from diabetes if none of the others do, and one personality cannot have the physical strength of a bodybuilder if the others do not. Yet in Split, Kevin has personalities that do both of those things.

If Shyamalan had created a mental illness, something I’m sure he’s more than capable of doing, he could have perhaps based it on D.I.D, yet not have explicitly written a character with this much misunderstood illness. The clichéd background of the protagonist was also a bugbear from the off: a teenager with social issues and a troubling past who faces her inner demons – demons which Shyamalan constantly throws at the audience, in the least subtle way possible.

Despite her character flaws though, the protagonist, played by Anna Taylor-Joy, delivers a convincing performance and is worthy of note throughout the film. The other performances weren’t quite as inspiring though, especially from Taylor-Joy’s fellow hostages who, conversely, spent a lot of time being filmed in their underwear.

Verdict: Split is worth seeing solely for McAvoy’s performance, but don’t expect to leave the film feeling like you’ve seen Shyamalan’s latest masterpiece – you haven’t.