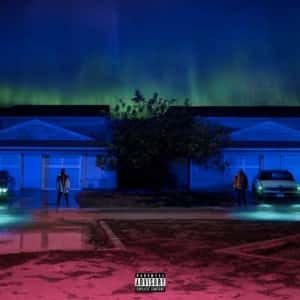 Fans eagerly awaited the album after the controversy surrounding Big Sean before he released this album, due to the fact that he released a track out of the blue called ‘No More Interviews’.

This track was talking about his time at the GOOD Music label and how fellow signed artist Kid Cudi had caused problems by dissing everyone. The track was released around the same time Kid Cudi had been checked into rehab.

But, when you start to listen to this album, it seems that Big Sean is talking about a lot of things such as revamping his career, sex, family and relationships with this album.

It also features huge artists in the Hip Hop game such as ‘Eminem, Jeremih and Migos. This was also overseen by a lot of different producers such as Metro Boomin and DJ Mustard being the biggest names on the album.

He talks a lot about where he is from and how much ‘his city’ (Detroit) has done for him backing his career and supporting the rap scene in a big way as well.

The album features massive tracks such as ‘Bounce Back’ and ‘No Favours’. Both tracks talk about Big Sean’s career and how he is coming back into the game and not being played by people that he used to be friends with.

The album itself flows very nicely. There isn’t really a switch in styles, it stays mostly the same on every track, but what does change is the way Sean spits the lyrics. He knows when to go in hard on a track, which is shown when he is going lyric-for-lyric with Eminem on No Favours.

But he also knows how to rap slower and this gives him to ability to create a different kind of listening experience. There are tracks like ‘Stick To The Plan’, where the flow switches in the middle of the track.

This is something that I have never really experienced and found quite weird to happen during an album like this. But, I feel this album compares more to Big Sean of 2013 when he made ‘Hall Of Fame’, which is where he made his name.