After much anticipation and an epic build up, Harry Styles has (finally!) released his debut single Sign Of The Times much to the delight of millions of teenage girls and this 21-year-old female.

Harry Styles, if you haven’t heard of him, is most famous for his stint in the mega-boyband that is One Direction that called a hiatus after 6 years and several world tours later to venture out on their own. The five band members all auditioned for the The X Factor as solo artists and after not making the cut alone, Harry, Louis, Liam, Zayn and Niall were thrust together to form One Direction. Despite their growing popularity, the band only placed third in the show having missed out on the top spot because of Matt Cardle.

But that didn’t matter; the boys were a global sensation and despite not having even released any music yet. Their first single What Makes You Beautiful went straight in at the UK number one whilst in the US, it sold more than 131,000 copies in its first week, coming in at number 12 on the Billboard chart. Their number 28 spot on the Billboard Hot 100 was the highest debut from a British Group since the Spice Girls. Love them or hate them, the band’s success is unprecedented. 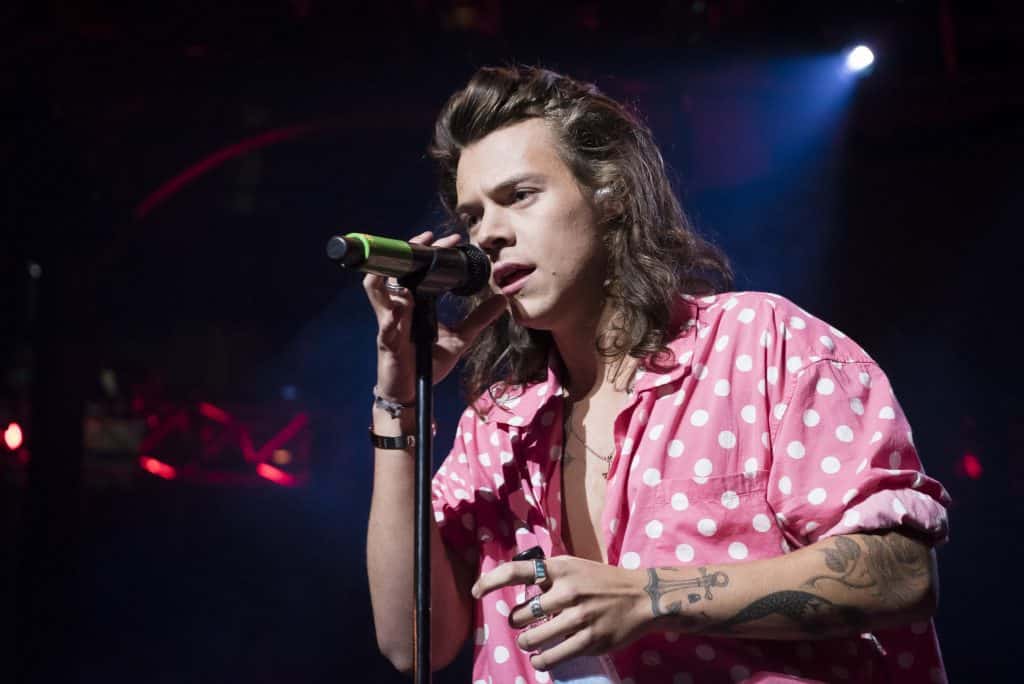 Harry Styles of One Direction performs live on stage as part of the Apple Music Festival at the Roundhouse, Camden – London

Harry’s first solo single, Sign Of The Times, is unlike anything One Direction had ever produced in their time together. Upon hearing the single for the first time (on a train to work) I was utterly satisfied and a little bit surprised, particularly at how much it didn’t sound like typical ‘Harry Styles’ and had to hide my excitement from the other passengers. Musically, particularly the guitars and vocally, the resemblance to David Bowie is striking and it’s obvious, to me, that Styles has been influenced by the late great singer.

It’s also hard not to compare Harry to the other 1D  members’ solo endeavours, in particular Zayn Malik, whose vocal range is much the same as Harry’s and this really comes across in Sign Of The Times. With this single, it’s clear to see that Harry is moving away from the boyband stereotype and is breaking free from the title of ‘Harry from One Direction’. As a fan, who grew up with the band, it’s amazing to see the development of the lads as they find their feet and find their own music taste and for Styles, this happens to be different from the music that 1D released.

Although the majority of Styles’ fans will always be ‘teenage girls’, hopefully this new single will inspire a new generation of fans as his musical solo career develops. Rumors are that the full debut album will be released ‘soon’ and speculation is that it will be as soon as late April, early May. So watch this space.

With his debut single, it’s evident that Harry Styles is only heading in one direction, a new one (pun totally intended).