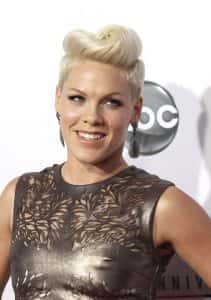 Fluorescent spiky-haired Alecia Moore, famously known as Pink, dominates the charts with Beautiful Trauma, preaching to an assembly of listeners on boldness and confidence. Following on from her short yet empowering speech to her daughter at MTV’s Video Music Awards in August 2017, where she taught all viewers a lesson on confidence and self-acceptance, the pop diva reunites with her fans on her seventh album, and her first in five years.

Pink, known for breaking boundaries, manages to put together a mix of songs, from electric piano ballads to passionate cries of emotion, on Beautiful Trauma. Despite previously sticking to her signature vibrant pop music with slightly daring lyrics, she takes a detour on this album with more sentimental, self-written songs, touching on her personal experiences. She makes some memorable vitriolic political statements in her songs, that only someone with a fiery charisma like pink can pull off.

Aided by a fleet of genius music-makers such as Max Martin and Julia Michaels, Pink’s rebellious nature comes under the spotlight with songs like I Am Here, where she sings: “I’ve already seen the bottom so there’s nothing to fear. Know that I’ll be ready when the devil is near.” Also her loud cries in Wild Hearts Can’t Be Broken where she determinedly sings: “There’s not enough tape to shut this mouth,” which shows just how much of a fierce woman she is and strikes an example in confidence.

The beat-stocked album contains some emotional tunes like Barbies, where Pink dives into her childhood memories singing: “All I wanna do is go back to playing Barbies in my room.”

Pink, unsurprisingly, goes political with her album’s lead song What About Us, where she has a fiery encounter with her country’s president with lines like “We are billions of beautiful hearts, and you sold us down the river too far.” The song’s heated video also gives a powerful message for people to stand together against hate and racism.

Overall, the album seems to be a reflection of Pink’s soul — passionate, yet fierce and confident. She is capable of taking her listeners into an emotional rollercoaster with her unique style of pop music. It is a well-crafted album that highlights her vocal capabilities, as well as her songwriting skills.