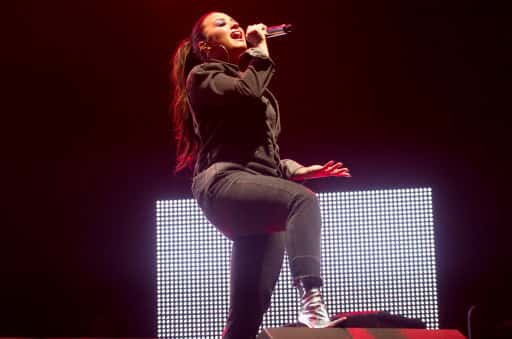 After years of tours for her previous five albums, Demi has never done an official UK tour but at long last she will be giving the British fans what they have always asked for.

The Skyscraper singer is set to perform at the Manchester Arena on June 16 and fans are thrilled about it.

Alongside some of her new hits from the Tell Me You Love Me album, hopefully she might crack out some of her old school tracks.

According to her official website, ‘special guests’ are to be announced, however DJ Khaled will be accompanying her on the first leg of the tour.

Tickets are available on Friday February 16 at 9am via Ticketmaster, but priority presales begin Wednesday February 14.