Review: Does ‘Black Panther’ live up to the hype? 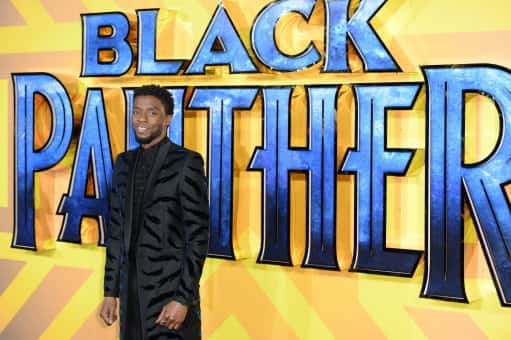 Chadwick Boseman at the premiere of Black Panther

Black Panther is easily one of Marvel’s most anticipated films to ever be released. The main reason being that it is the first film to have an almost exclusively black cast.

The film starts out with main character T’Challa (a.k.a Black Panther), played by Chadwick Boseman, losing his father (the King of Wakanda) returning home to take his father’s place as King.

The journey takes a few unexpected and interesting turns as the film progresses and shows how far some of the characters are willing to go to protect their land, Wakanda.

It is a good film with an exceptional cast. T’Challa’s sister, Shuri (Letitia Wright) was sassy and intelligent which gave her top spot as my favourite character in the film.

Praise must be given to the cast as their performances were amazing throughout. The cultural aspects of the film were incredibly interesting and gave it an edge that other movies have lacked.

The slight downfall of the movie was the CGI… oh, boy. All I’ll say is watch out for the rhino’s, it shouldn’t be hard to see what I mean.

Kudos to Marvel for moving with the times, and moving in the right direction towards equality in the industry. Albeit, there’s still a lot more to be done but it is a strong and welcomed start.

A few film students have given their comments on the film. Jonathan Hardcastle, 21, said: “It is a typical Marvel film – fun, but predictable. It handles comedy much better than maybe all other films in the series.

“A lot of films in the Marvel Cinematic Universe (MCU) will undercut a dramatic moment for a joke which is never a problem in this film.”

Luke Stuart, 21, believes: “The film is a good time and will go down in the history books, but does suffer from some issues. Personally, the CGI was the main issue for me which for a film in the MCU is very disappointing.”

Overall, the film can be given a solid four-star rating and I would recommend that everyone goes to see it.