Review: The X Factor Tour – Check out the new twist 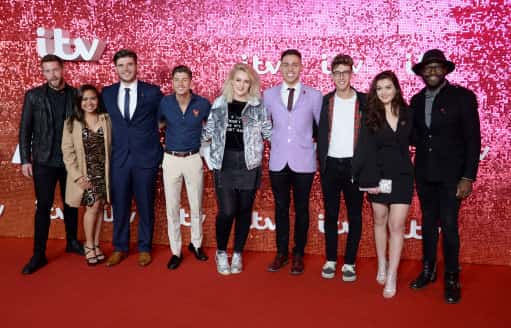 The X Factor tour added a new twist which allowed the audience to vote for their winner at the end of the night.

Host Becca Dudley created a fun atmosphere making it feel like a live X Factor show while the top 7 acts; Raksu, Grace Davies, Kevin Davy White, Matt Linnen, Lloyd Macey, The Cutkelvins and Sean & Conor Price performed more than four songs each with a mixture of original songs and some they had previously performed on the TV show.

Runner up Grace Davies kicked off the show playing the piano to her first audition song, Roots. The Blackburn-born singer seemed very down to earth and told the audience her first ever concert was back in 2007 at The X factor tour.

She then went onto sing a slow version of Robin S, Show Me Love which soon burst into a lively and energetic beat as The Cutkelvins joined her. Almost everyone was up dancing on their feet each time The Cutkelvins performed. They put their own upbeat mix on songs and had a very enthusiastic energy.

Lloyd Macey’s magical performance lit up the arena. He then passed it over to Kevin and Matt for a hot trio performance. Flames were bursting out of the stage and the boys were surrounded by sexy dancers in thigh high boots. Very rock and roll. The stage production fit in well with the theme.

The charming brother’s Conor and Sean price came 7th place in The X Factor which was quite shocking judging by the tour. They had the full package of an X Factor winning act.

They created their own music, played the guitar, sang fantastically and even remixed songs with a rap. The cheeky Irish boys definitely had the charisma too, it seems strange that they didn’t make it to The X Factor final.

Raksu owned the night with performances of original Latin style songs including Mamacita, Mona Lisa and their winning song Dimelo. They had the girls uncontrollably screaming and the crowd chanting their name, as they showed off their beatboxing and break dancing skills.

The X Factor finalists are a talented group of artists who made the stage theirs. They were all outstanding. It almost felt like their own tour when performing individually.

At the end of the night each finalist appeared on stage one at a time followed by screams from the crowd. The act who received the loudest screams wins.

Of course like the live show, Raksu won the audiences vote followed by Irish duo Conor and Sean Price, surprisingly in second place and Grace Davies in third.

Confetti was flowing from the ceiling and sparks were exploding, as winners Raksu ended the night with a cover of Justin Timberlake’s Can’t Stop The Feeling. The rest of the contestants soon joined for a final performance.