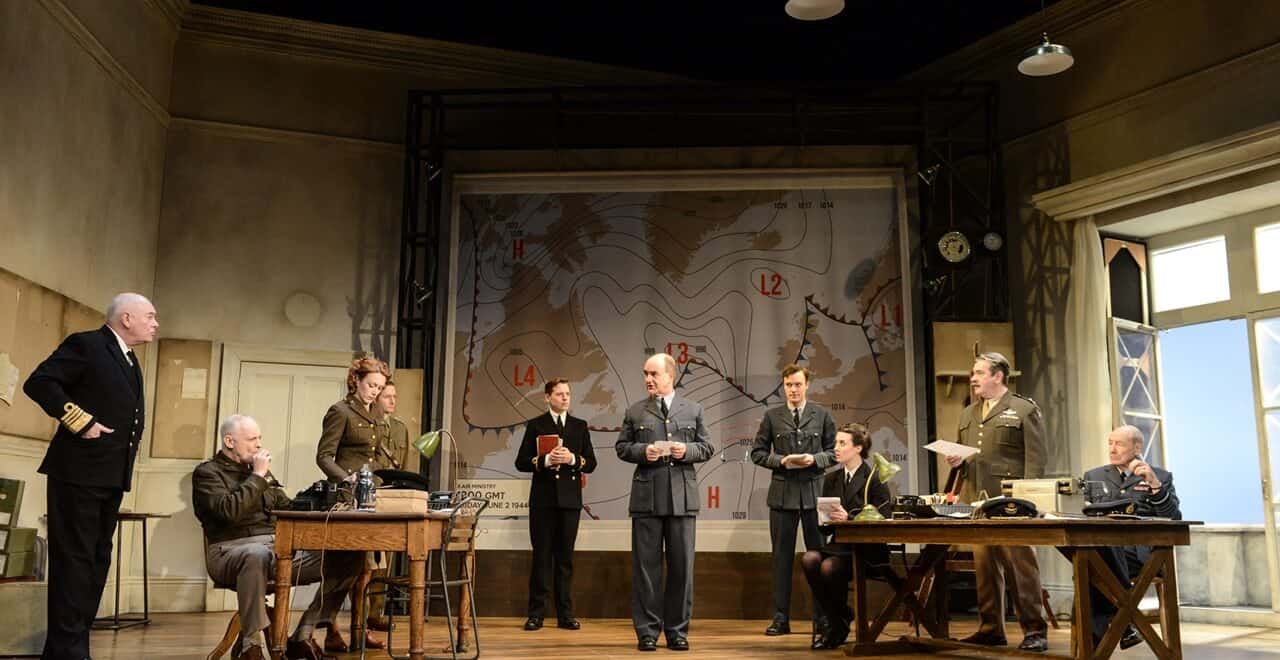 On the evening of the 20th February I had the pleasure of seeing the show Pleasure at the Newcastle Theatre Royal.

As soon as I arrived and I had taken my seat, I could see the full layout of the stage and it was an amazing view. I instantly noticed that the set of the show was very simple as well as the lights. The lights added a simplistic touch and made me feel very excited for what was about to happen. The music playing before the show was very fitting for the show as it sounded like wartime classical music, this really made the atmosphere change in the theatre and instantly made me very excited.

The set design and lights all added a realistic atmosphere to the performance making it feel as though you were actually in 1944 and experiencing all these different things. The main backdrop of the set, which had all the weather reading on, was also used during set changes as every time the lights dimmed for a set change a projection of the date and time would appear, I thought this was really creative idea and added a twist on scene changing which I’d never seen before. There wasn’t too much sound throughout this piece which I actually really liked as it wasn’t too much and it kept the atmosphere and effect that was supposed to be created so I feel any more sounds could have ruined this but I think they nailed it with the sounds and music.

The show ran very smoothly and you could tell that most of the actors were very experienced and knew exactly what they were doing. It was very enjoyable to watch a piece of history drama that was performed with so much passion and authenticity and I really enjoyed watching an older cast perform as this was very inspiring to me. The space and proxemics of the characters was really effective and you could see everything that was going on and all characters clearly when they performed, another thing I noticed is that none of the characters wore head microphones but I could still hear every word that each person said.

The cast were absolutely phenomenal and all where memorising to watch. The main character, James Stag, who the story was based around, was played by David Haig whose overall performance was incredible and completely made the show. His stage presence was so good, and his character was so believable. The lead female character Kay Summersby, played by Laura Rogers, really stood out to me as her strong female role was so inspiring and fascinating to watch, her stage presence and overall acting was incredible, and I couldn’t keep my eyes off of her while she was on stage.

Just before all the scene changes there was either music or sound affects playing and then the lights would dim or blackout, the scene would then change and the lights would come back up and the show would continue. I love the way that this was done as it was simplistic but added a really nice effect to the show. The lights, for me, are really important during a show and the lights in this performance really added to all the scenes and helped create an atmosphere that kept me intrigued and it made it feel extremely realistic. 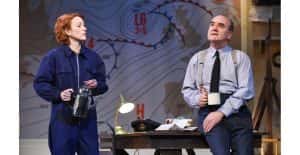 There were so many comedic moments during this show and the rest of the audience seemed to enjoy it just as much as I did, the giggling from the audience made the experience more enjoyable and, I think, made the actors more relaxed when performing as the audience where enjoying themselves, so I feel this helped the actors enjoy themselves even more.

Overall I think this show not only entertains with all the comedic aspects but it also informs people who don’t know about what happened during 1944 before D-day and I think that’s why I enjoyed this piece so much. I was able to learn new things that I didn’t already know while enjoying myself and being inspired by the acting at the same time. Lastly I noticed the audience that were in the evening performance where mainly the older generation but there were a couple of younger people too, I think the show was mainly aimed at the older generation but as a younger person I really enjoyed it and would highly recommend to anyone who enjoys history or realistic theatre in general.