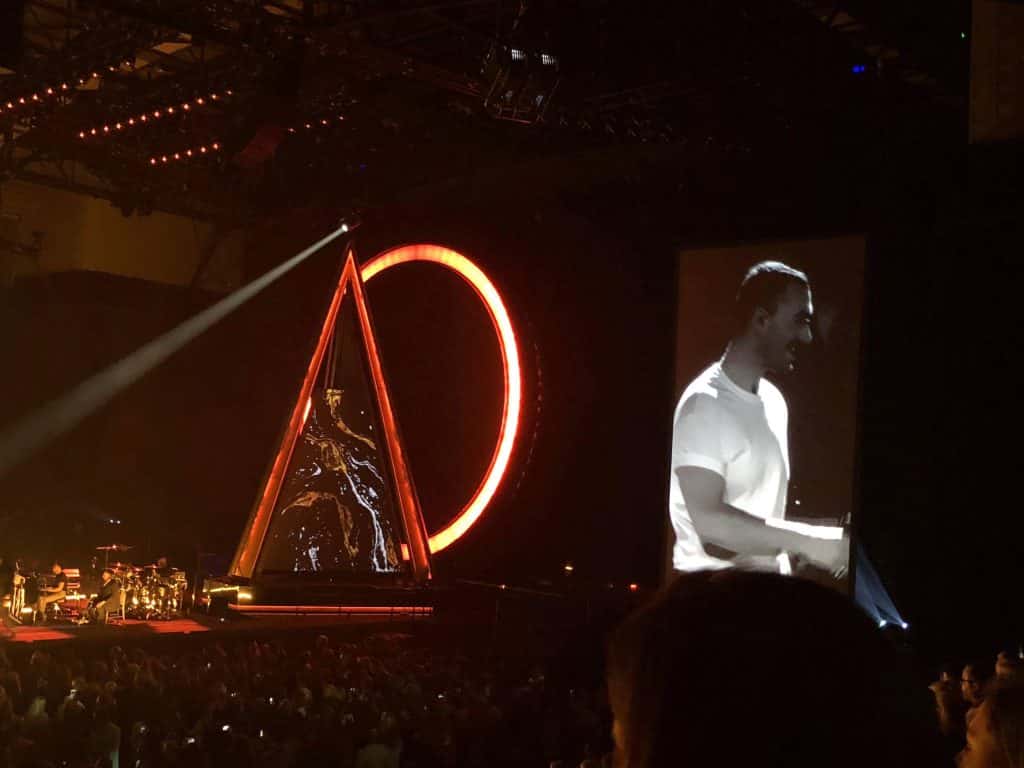 “I spent many a night in Powerhouse; my family is from Newcastle, this is my second home.” Sam Smith brought the Thrill Of It All tour to Newcastle’s Metro Radio Arena on March 21 and surprised fans with the story of how Whitley Bay is where his family are from.

With the support of his live band, four gospel-inspired backing singers and supporting act Bruno Major, emotion ran deep throughout Sam Smith’s two-hour performance in Newcastle. Some people may describe his songs as miserable but mesmerising seems more apt following this performance of 22 of his songs. Beginning the show in a pale pink suit, he later changed into a more idiosyncratic, unique baggy shirt and ended in a long trench coat at the top of a gold, spiral staircase performing a song written for his sister Mabel, ‘Palace.’

The price of one ticket was £43.75 and with this came the expectation of a low-key, intimate, foot-tapping concert to which the audience would sway along, cherishing the sound of his voice. However as soon as Sam had sung his first song, ‘Burning’, the audience were on their feet throughout. After his performance of ‘Him’, the most genuinely moving song of the night, he explained the inspiration came from him coming out as a gay man and that is something he is proud of. The audience erupted in applause in support of being able to be yourself in a world where it can sometimes be hard to do so.

The Thrill Of It All was Sam’s long-awaited second studio album, and famous for wearing his heart on his sleeve, this album was no different and is based on songs about heartbreak, coming out and the struggles in today’s society. Much to the delight of the audience there was the feature of popular songs; ‘Stay With Me’ and ‘Like I Can’ from his In The Lonely Hour album, which were more upbeat, alongside ‘Latch’ his famous collaboration with Disclosure.

It was clear that he is using this tour to show fans that he isn’t always emotional and following his performance of his James Bond theme song ‘Writing’s On The Wall’ he tells the audience: ‘That was a bit f***ing dramatic.’ ‘Too Good At Goodbyes’ was one evidently fans were waiting for, as they sang along to every word it was virtually infectious to not join in.

The tour finishes in the UK on April 10, then goes international until November 2018, where he finishes in Perth, Australia.

The concert is a journey he takes his fans on, telling of his heartbreaks and self-acceptance. He truly came across as a lost treasure you want to befriend whilst bottling up his easy-going, sentimental persona.