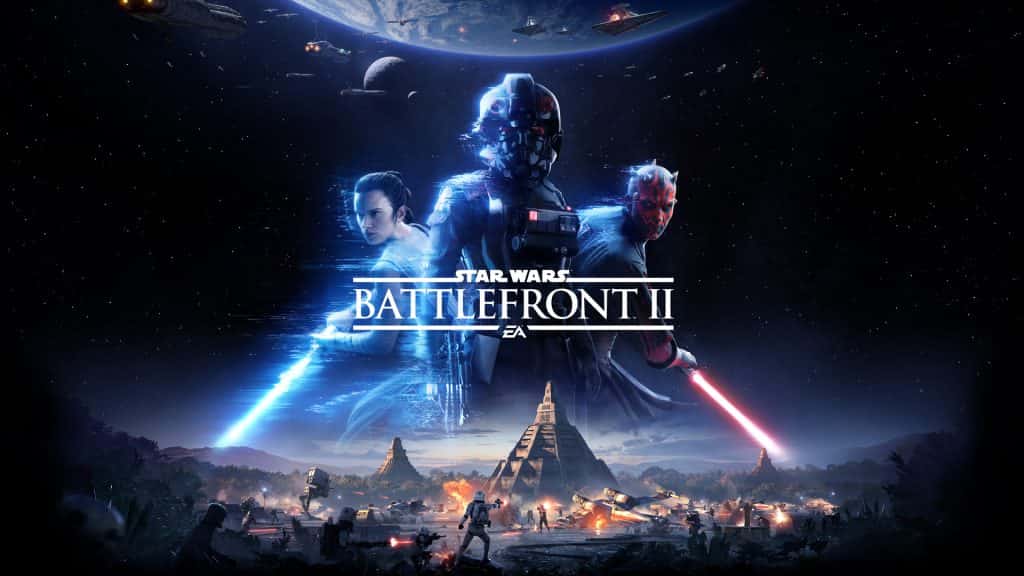 What could have been one of the best games of the year has turned out to be one of the biggest failures and one of the most controversial of all games in 2017.

Star Wars battlefront II (2017) looked promising. As far as marketing goes, EA was keen to show us all the improvement they had made from the previous Battlefront with a campaign, more heroes, more vehicles and more planets, with the added bonus that all future DLC will be free.

But the game was a mess from the start as players quickly realised that you could only level up through a ‘loot box’ system of spending ‘in game credits’ on a gamble to get some good gear and level your character up. This takes all the fun out of the game and turns it into a pay to win disaster where causal players are constantly beaten by players who have paid for the best equipment. It also makes the £50 price tag very steep as you have to spend more money to actually unlock the good gear.

The campaign is short and boring. It is a waste of potential and was supposed to show what happened after the destruction of the second Death Star through the main character, Imperial Special Forces Commander, Iden Versio and her Inferno Squad. However, Versio, predictably turns to the rebellion and this makes the campaign almost pointless to play since you know the outcome. The developers may have felt it was too risky to have the main character remain on the ‘bad guys’ side for the entire game but they missed a good opportunity to explore her reasons for fighting for the empire. The only redeeming factor in the campaign is the character Shriv,  a very cynical alien who works for the rebellion and adds humour to the campaign.

In general, the campaign is not challenging. The AI is pretty bad as they rarely shoot back and you can beat the campaign on hard while on doing several other tasks, like paying your taxes. It feels like more of a disjointed Star Wars story where they have tried to cram in as many things from the original trilogy such as: Han solo and the millennium falcon, Princess Leia and Luke Skywalker – whilst trying to link it with the sequel trilogy.

The multiplayer is almost a copy and past of the 2015 Battlefront game with a few additional planets and vehicles. EA has reused many assets from the previous game and not added anything to them. The lack of a good progression system, customisation and split screen has turned many players away. The game does have some positives though; the beautiful environments bring planets like Kashyyyk, Kamino, and Naboo to life and DICE  always manages to faithfully recreate the sets from the films in game with the Frostbite engine.  The free DLC will be split into seasons but unfortunately there is a gap of 3 to 4 months in between these releases which will damage the player base of the game (as players leave to play newer games). Although DICE is doing its best to improve the game and listen to the community, I believe it is too late and the heavy reliance on loot crates sealed the games fate. It lacks that love and care that had been put into the original games and seems like everything has been crafted to look nice but with no depth, sadly it is still enough to make us part with our cash.

This game is poor, one of the worst releases of 2017 and it doesn’t look like the game will improve over time. If you are a Star Wars fan I would suggest buying the 2005 Star Wars Battlefront II as you will get more enjoyment out of it.