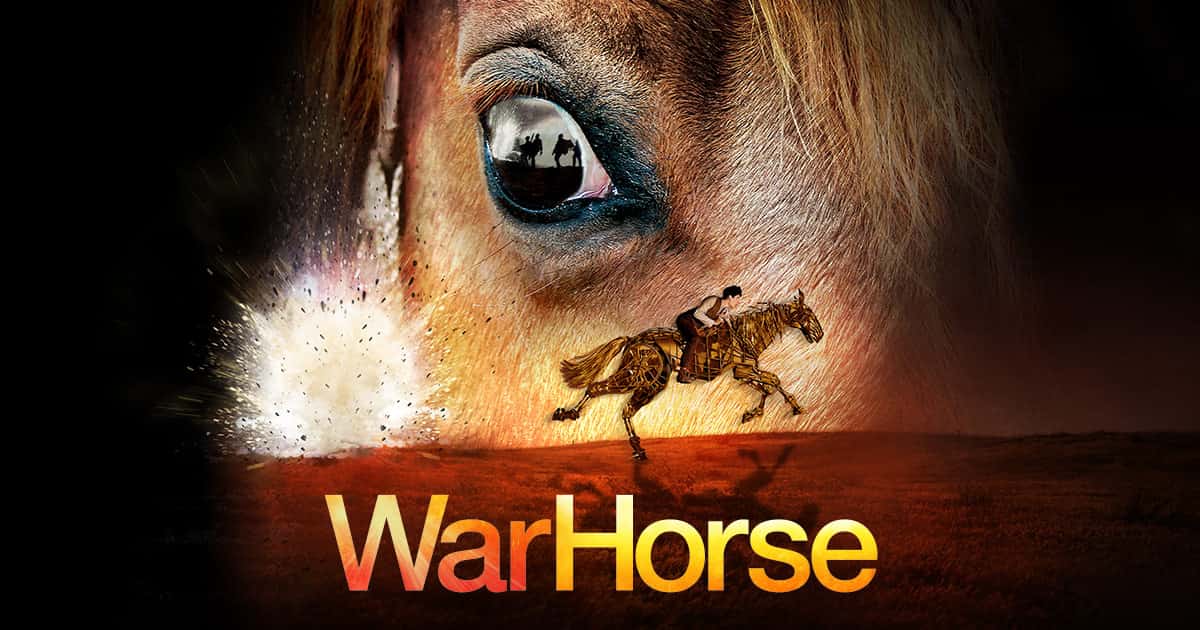 The National Theatre’s production of War Horse returned to Sunderland as part of its UK tour. The play is based on the bestselling book of the same name by Michael Morpurgo.

The story follows Albert, a young farm boy and his horse, Joey, through the Great War from 1914-1918. Starting in in 1912 with an auction, Albert’s father, Ted, buys a horse with the mortgage money. Unluckily, due to the breed of the horse, it cannot plough, so it is useless on the farm, though they put it to work anyway to win a bet.

Joey is soon sold to the army and so Albert sets off to find him once again.

The story does a great job of showing the war on both sides: the British and Germans, who were initially all in favour of the war and hoped it would be over quickly, both suffer and long for it to end. Through Fredrick, the German Cavalry officer, we see he just wanted to go home to his family but was stuck fighting a conflict he didn’t care for – much like the horses.

Everyone in the story loses something to the war and, though the show has a happy ending, it takes an emotional toll.

Scenes such as the first British cavalry charge, the moments with Fredrick and Emily (the French girl who’s house the Germans are using as a field hospital), Albert charging the enemy trench, or when Joey meets the steel beast that is the British tank, are guaranteed to affect the whole audience. With one emotional scene after another, there’s no time to recover and, by the end, there’s not a dry eye in the house.

The horses are represented by life-size puppets created by a south African company and they are stunning.

You forget that they are not real. The puppeteers do an amazing job with the movements and sound effects, which they all do themselves. There were also puppets for crows, swallows and a goose, all of which were brought to life brilliantly, commanding attention so you forget the puppeteer is even on stage with them. I remember meeting the horse at the press release and thinking I should back away because my brain was telling me that this is a real animal and I need to give it space.

The soundtrack is also amazing, with songs written by folk singer John Tams, who also worked on the soundtrack for Sharpe. The songs fit the period extremely well, with the use of brass bands and accordions. The upbeat, happy songs at the start of the war create a particularly tragic vibe as many people joined up believing the war would be a holiday and they’d be back by Christmas; as the show goes on, the music gets sadder and sadder to reflect the carnage.

War Horse is still touring the country, with further stops at Stoke, Liverpool and Oxford, and is a must-see event.