So, they’re making a sequel to ‘Labyrinth’ 33 years later… and no one asked for it 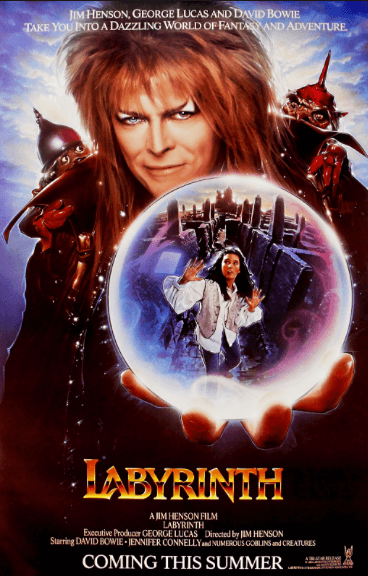 ‘Never work with children, animals or puppets’ is a Hollywood trope we have all heard. Apparently, Jim Henson hadn’t heard the rule when he began work on the now cult classic Labyrinth, which includes all three.

Labyrinth is a-coming-of-age fantasy film, similar to Wizard of Oz, that follows the story of Sarah (Jennifer Connelly), a young girl who takes a journey to find the castle at the centre of the labyrinth in order to retrieve her baby brother.

Along the way we are introduced to several fantastical characters, all of which, excluding Jareth, the goblin king (David Bowie), are portrayed by puppets.

It was a time before CGI became the phenomenon it is today and the use of practical effects makes the film more believable – the characters seem to really be interacting. Most of all, the characters have heart: they weren’t quickly generated through a computer, they were tirelessly worked on by SFX artists and puppeteers to make them look as believable as possible. Creatures like Ludo (the Sasquatch-like monster) were worn by puppeteers during filming, enduring the almost unbearably hot insides of the suit to bring the character alive with genuine authenticity.

As well as the practical effects which are difficult to fault, the music, written and composed by David Bowie himself, is almost impossibly catchy.

Magic Dance is a fun and memorable number performed by Bowie whilst chucking a real baby into the air (which, admittedly, can cause audiences to flinch at times), whereas As the World Falls Down is a heartfelt and tear-inducing ballad played during a fantastically choreographed masquerade ball scene.

Overall, the music portrays all the emotions the characters experience throughout the film without the tiring and repetitive nature modern music seems to opt for. The soundtrack doesn’t have a cookie-cutter violin cry during moments of suspense and it doesn’t make use of the boring and overused ‘nostalgia piano’ which many have grown to loathe.

Looking back on Labyrinth, we can all agree it is an inarguably great film, despite its faults and the awful green-screen ‘fire gang’ scene. So why does it need a continuation?

The answer is it truly doesn’t. The story of Sarah was concluded, there were no loose ends or plot holes that were too annoying. The Goblin King was defeated and we know the moral of the story.  Really, there is no point to it other than to cash in on a classic movie that itself was a box office bomb at the time of its release.

This time Hollywood can’t win. No matter what is released it seems people will just go and see it and accept it as good no matter what.

And when films like Baywatch (2017) make more than their production budget back it’s difficult to not lose hope in film. This time we can’t accept it for what it is, let’s not feed into the Hollywood system that has been set up so that movies can’t fail. We cannot allow CGI Hoggle or anyone that isn’t David Bowie to play Jareth.

Don’t go and see this movie when it comes out: keep your money and watch the real movie instead. They’ve already ruined The Muppets, don’t let them ruin this part of Jim Henson’s legacy for you.