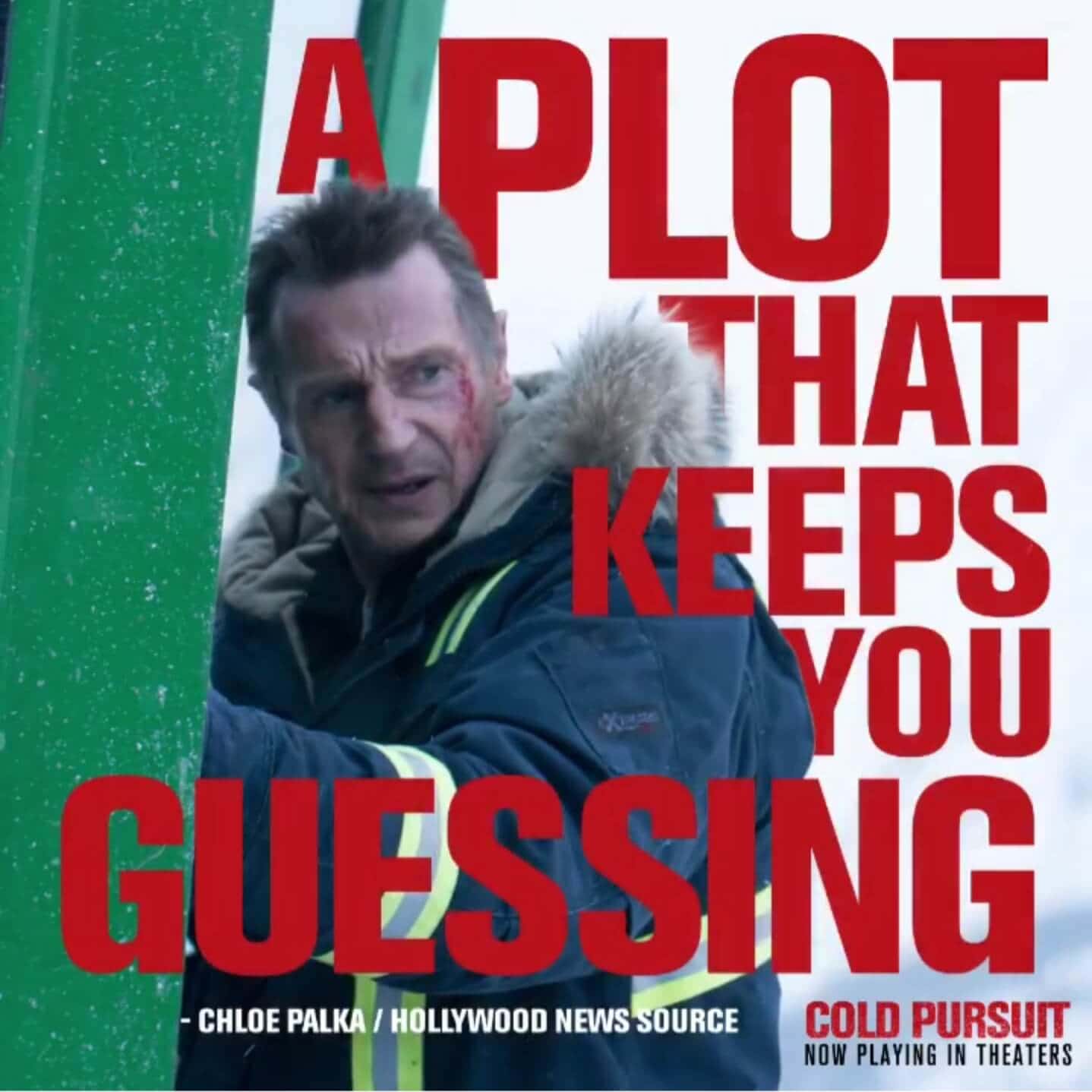 Liam Neeson stars in the winter wonderland that is Kehoe, a Ski Resort in the United States of America. His character, Nels Coxman, is the normal, happy-to-help citizen of the town, spending his time clearing roads after heavy snowfalls.

The film starts with a brief backstory to the main characters of the film: the Coxman family and Trevor ‘Viking’ Calcote, the main antagonist, played by Tom Bateman.

This movie keeps giving twists and turns throughout. Coxman goes through some sort of grief-induced suicidal depression, before it is brought to his attention that his son wasn’t killed in the way he had been told.

He begins to hunt down the bad guys but, even as the bad guys suffer losses, Nels himself suffers too; separating from his wife and his brother being among the first results of his actions.

The deaths of each character seem to be handled in a particularly comical way: every time someone dies in the film, a small obituary comes up with their name and/or nickname and a few whimsical details to distinguish the person (religion, organisations etc).

The film has its flaws: as soon as Coxman loses his son and starts getting hints of the whereabouts of the people responsible, he turns from a helpful snow plow driver to a ruthless killing machine in short notice. No build up, just straight to beating information out of people and killing them. The audience is just supposed to go along with this without thinking too much.

The film is… Meh.

Nothing special and not a bad watch either. It could have been spread out a bit longer and taken the time build a better emotional attachment to the characters, rooting for Coxman to get the bad guys.

Instead, all we get is a small glimpse of his work/family-life before being thrown into the deep end with the murder of his son in what becomes a fairly standard action film.