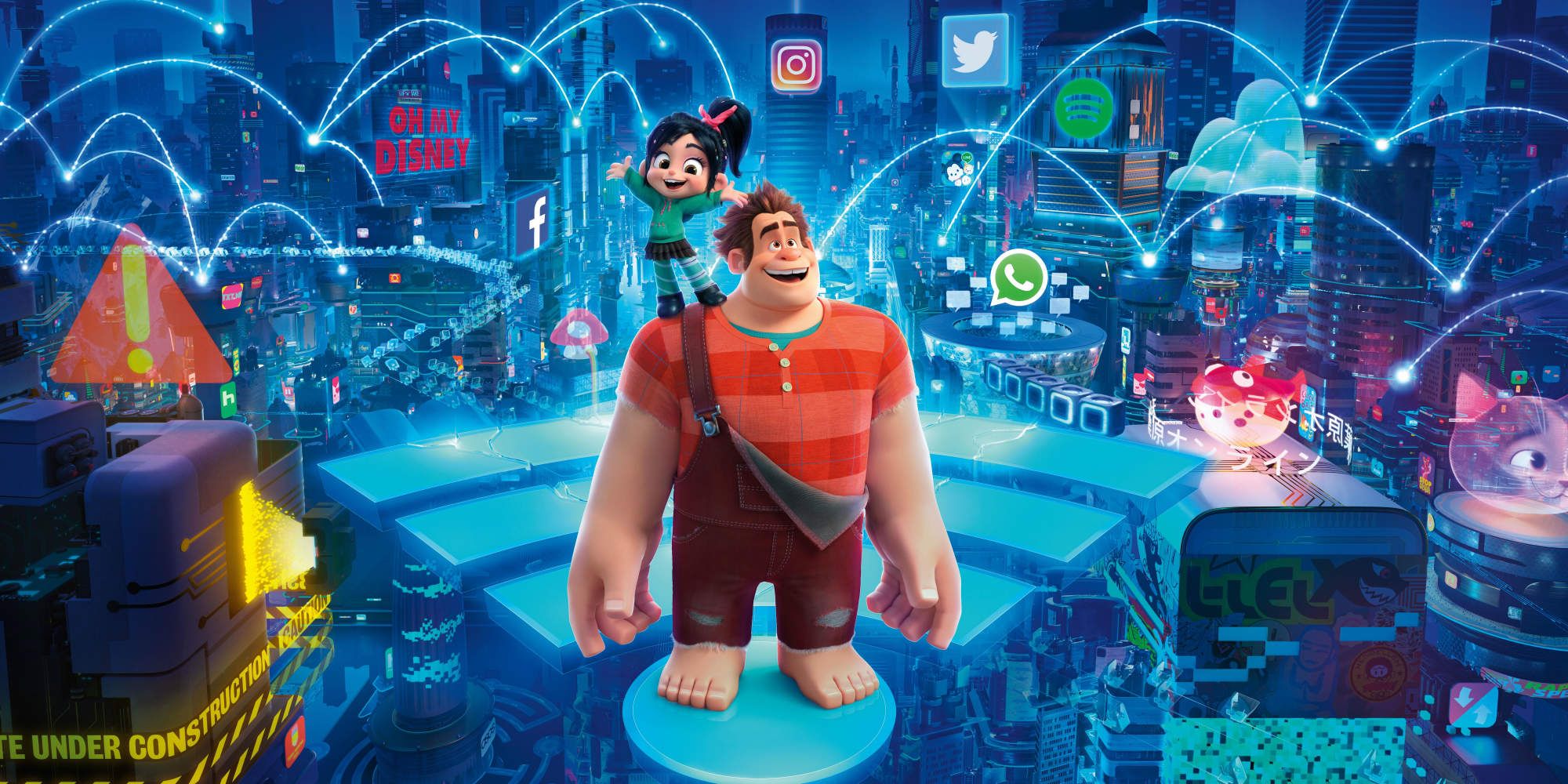 Ralph Breaks The Internet might be the single most “meh” movie of all time. There’s nothing particularly wrong with it, but there’s also nothing really stand-out or special about it. I speak as somebody who absolutely loved the original Wreck-It Ralph, it’s one of my favourite Disney films, in the same halls as films such as The Lion King, The Jungle Book and Dumbo. But Ralph Breaks The Internet disappointed me an incredible amount, especially for a Disney film.

The plot of Ralph Breaks The Internet is, well, Ralph breaking the Internet. Ralph manages to break Vanellope’s game so he must travel through the internet in order to find a replacement wheel for her game before it gets shut down forever. What really gets me about this plot, and I’m not exaggerating when I say what I’m about to say, is that eBay has a massive, plot-critical, role in the story. Like, I’m not even kidding. eBay has a very important role in this film. One wonders how much money eBay paid Disney for this. I hope it was a large amount, simply because it’s so insanely distracting.

The copious amounts of product placement really taint what could have been a great movie, rather than a meh movie. There are sudden adverts for various Disney products throughout the film that I’d normally consider cameos, but because they’re so lingering, so long, it’s clear there’s a different intention behind them than simply to entertain the viewer.

The cast of the film is, for the most part, great. John C Reily shines as Ralph himself, he has a spark, an energy that gives the film life. Sarah Silverman is decent as Vanellope, but her performance in this film feels much more phoned in than her performance in the original film. Gal Gadot also stars as Shank, an NPC in an online game, and she’s alright. Her performance definitely feels phoned in, like she didn’t care about the film at all. Alfred Molina also stars as Double Dan and it’s a performance to rival his turn as Doctor Octopus in Spider-Man 2. I jest, but he’s pretty good here.

Overall, Ralph Breaks The Internet is a fairly decent film, but at the core, it feels heartless and empty. It’s all fun and smiles on the surface, but on the inside, it’s simply a marketing machine to try and sell the kids Disney toys (You’ve probably all already seen the infamous Disney Princess scene). Still, it got a few decent laughs out of me and there wasn’t a moment in the film where I actively hated it. Check this out if you’ve got nothing else to watch.