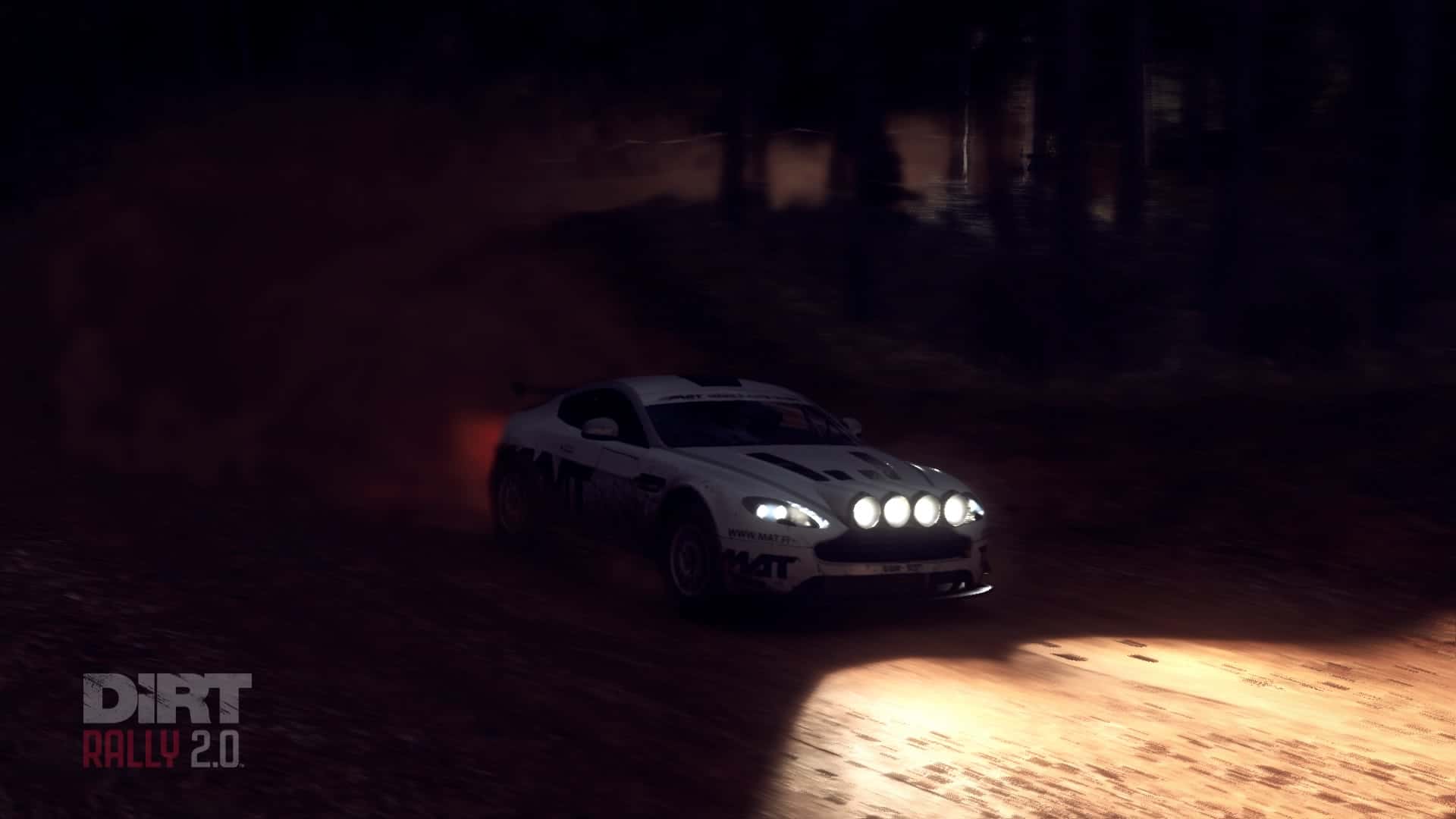 You may rightly be wondering what exactly the difference between these two options is. The simple answer is that Dirt games and Dirt Rally games are designed to accomplish two different goals. Main series Dirt games, such as Dirt 4, Dirt 3 and Dirt 2 are made to be more mainstream, accessible racing games that will appeal to people who want to enjoy a bit of off-road racing. Dirt Rally games, despite sharing a lot of the fundamental features of main series Dirt games, are designed to play more like full-on driving simulators, especially tailored to appeal to people who wear BMW liveried wind-breakers and who can often be heard muttering on about BHP and power-to-weight ratios.

Now, I’ve never owned a BMW wind-breaker, but I can often be heard muttering about BHP, therefore I would consider myself part of Dirt Rally’s target audience of car blokes. That said, I didn’t play the first Dirt Rally, mostly because I forgot it existed, so I’m going to use Dirt 4 as my main vehicle (pardon the pun) for comparison. So, now that the terms and conditions are out of the way and I’ve succeeded in making the word ‘dirt’ seem strange to you, was Dirt Rally 2.0 fun?

If, like me, you are a fan of the essential gameplay experience of being flung headlong through the countryside at five billion miles an hour in a car with a level of BHP and a power-to-weight ratio that BMW wind-breaker blokes would approve of, the answer is definitely yes.

The driving experience is excellent, with each car feeling and handling uniquely. This means that despite the fact a lot of the cars from Dirt 4 return, they don’t feel stale. Another feature that helps with this is surface degradation, which changes the way the road surface reacts to your car depending on how many cars have already been through that bit of dirt or gravel, making each lap or stage feel different depending upon the circumstances.

On top of this is the weather, which also impacts the road surface, with rain turning simple tarmac circuits into ice rinks, making it easy to spin out if you don’t control your acceleration going into a corner and also adding spray to make visibility worse, especially when driving from the first person view.

The game features a good variety of rally stages and rally-cross circuits to test out these mechanics on. The rally stages are divided into six locations; Argentina, Australia, New Zealand, Poland, Spain and the USA, with each location offering multiple stages in different environments which feature unique challenges.

Retaining the official FIA World Rally-cross Championship license from Dirt 4 has allowed Dirt Rally 2.0 to expand on the number of rally-cross tracks on offer in that game to include more tracks the championship visits. Overall, the game features eight rally-cross circuits, four of which are making their Dirt series debuts. All of these stages and circuits are fun to tackle in any vehicle in the game and the four new additions means there are plenty of new tracks to learn even if you’re a Dirt series veteran.

The car roster, as I said, largely returns from Dirt 4, but there are some new additions, namely the cars in the new ‘Rally GT’ category. These are more exotic cars, like Aston Martins and Ford Mustangs, outfitted to take on a rally stage. With their larger engines and weightier bodies, these cars provide an extra challenge for those who have already mastered the modern rally cars and historic rally cars the game offers.

In truth, this addition reminds me a lot of Dirt 2’s ‘trailblazer’ events, which involved taking on a rally stage in more powerful hill-climb or prototype cars and demanded a different approach to the traditional rally mode.

Speaking of challenge, one criticism I would have of Dirt Rally 2.0 is its lack of any kind of tutorial, meaning that if this game is your first foray into the Dirt series or you haven’t played many driving games in the past, you’ll face a steep learning curve. Therefore, if you’re looking for a way into the series, I’d very much recommend playing Dirt 4 first and then investing in Dirt Rally 2.0 once you’ve begun to master that game.

Another criticism I would offer is that this game, much like Dirt 4, suffers from a bit of a lack of personality compared to Dirts 2 and 3. This is largely a matter of personal taste, however, as many found the more Americanised, extreme sports atmosphere in these games to be a bit annoying and tacky.

I didn’t, but that may be because the idea that someone like Ken Block wanted to be my friend was enough to blow my mind back when I was 12.

Overall, Dirt Rally 2.0 offers one of the best realistic driving experiences on the market today, so if you’re a racing game veteran looking for some more off-road action to get your teeth into, I’d highly recommend it. If, on the other hand, you’re a bit new on the racing scene, you’d be best off trying something else to earn your BMW wind-breaker before diving into this one.