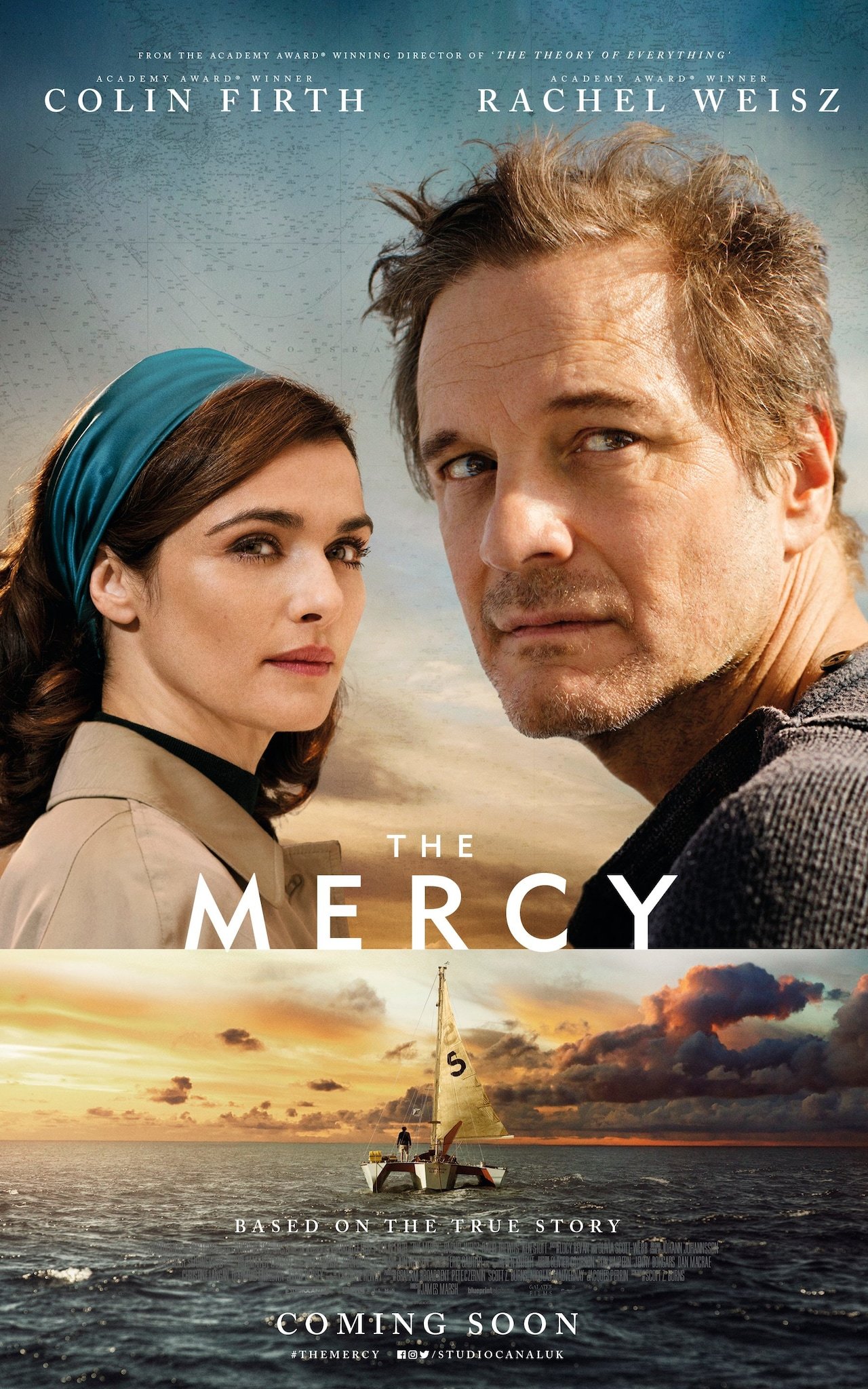 The Mercy is a movie you’ve probably never heard of. I don’t blame you if not, considering it’s really not worth remembering. British drama films seem to be in a lull of quality as of late. With outputs like Their Finest and Loving Vincent clogging up the release schedule, it’s no surprise that The Mercy follows that same mediocre suit.

Sort of like a sickly, British version of All is Lost but without the truly strong resonance of a good lead performance, The Mercy is doomed to be forgotten, remembered by the few that care as “that movie with Colin Firth on the boat. No, not Mamma Mia.”

The more you think about it, the more The Mercy does in fact feel like All is Lost. Firth mulls about on a boat for a while fixing a load of broken parts, but the key difference is that from time to time we have interjections of David Thewlis putting on a Sheffield accent.

With some decent visuals and competent cinematography from director James Marsh, The Mercy mainly suffers from a shallow plot. Some of the later scenes with Firth alone on the boat are strong enough, capturing the isolation he suffers from fairly strongly.

These scenes suffer when he’s able to contact people on land through phones, letters and everything in between. Along with the moderately strong scenes are the ridiculously stupid ones: a flashback to a family dinner before the voyage sees Clare Crowhurst (Rachel Weisz) give Donald Crowhurst (Colin Firth) a toaster, so it’ll “feel like we’re there with you”.

Scenes like this plague the script rather infrequently, but when they do crop up, they’re all the more noticeable. It’s a shame as well, as Firth’s performance is rather strong. It’s no surprise though given his enjoyable consistency through this past decade or so. Every actor has the odd off performance, and Firth seems to be having them rather frequently as of late. The Railway Man and The Mercy providing awkward stains on an otherwise solid career.

Thewlis and Firth were the sole reasons for me even considering watching The Mercy (maybe Weisz’s involvement helped also) but their performances are drab, as is the tone of the movie.

Though the film is oddly colourful in regard to its lighting – especially those opening scenes that set the plot into play – the tones don’t mix well and on the whole the mood of the film suffers tremendously.

But, for the most part, it’s a pretty poor biopic that dabbles in the life of a very interesting story. It’s a shame that the on-screen adaptation fails to grab the intrigue and mystery of the real-life events. Instead, The Mercy opts for mediocre subtexts about family and the importance of believing in yourself. A tried and tested British drama, it’s an unfortunately common occurrence when they fail.

A movie doomed to join the ranks of forgotten Studio Canal drama movies, and it won’t be the last.