Why does Disney keep remaking its classics? 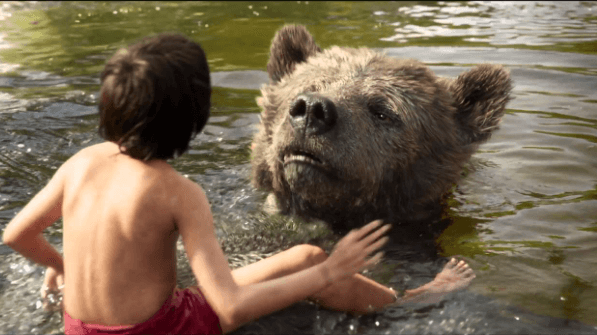 Disney’s live-action remake of ‘The Jungle Book’ came out in 2016, perhaps to provide the audience with an update of a film that is well loved, but remade to the standards people demand from blockbusters now.

Disney recreated the film with cutting edge technology (CGI and motion/performance capture), just as the multiplane technology used to create the original in 1967 had been. This makes the film a visual spectacle, something modern audiences demand from the media they consume – especially due to the proliferation of technology: films need to meet the high level that other platforms are offering.

Disney has used both Jungle Book films as tent-pole movies, meaning they were created for a sense of financial security: they are certain to bring in high income at the box office and are usually scheduled after a previous film has ‘flopped’.

The film was planned to draw in a large demographic, due to a darker theme, to draw back the audience that loved and experienced the first film (1967), as well as the younger, more desensitised, generation of 2016.

This play on nostalgia was used in the trailer: as it trails out at the end, there is a quiet whistle of the tune Bare Necessities to create a familiarity for older viewers.

To help reach a larger demographic, Disney reached out through other platforms to non-typical target audiences were made.  For example, as Disney is a conglomerate, with vertical and horizontal integration, they were able to play the trailer before and in between football games on ESPN to catch an audience of older males. They were able to tailor the ending the ending to say “Brought to you by the studio that made ‘Pirates of the Caribbean’”, to create an association with action/adventure movies, rather than the usual link to princess films for children.

Perhaps this answers the question of why Disney keeps releasing live-action remakes, but is the safety of reception really the only reason?

Some are saying that Walt Disney left in his will that Disney classics are to be remade every so often, to allow a new generation of children to fall in love with them again – but this has been proven to be false.

So, is there a darker truth behind these remakes? Some may argue that the remakes are so that the films fit the views of the new generation, as the original films were perhaps too conservative and patriarchal for this day and age, as they carried the views that Walt Disney himself believed in.

The new films are trying to be more inclusive and pay homage to feminism, multiculturalism, sexuality acceptance and much more: they are more politically correct for the present. For example, in 2016’s The Jungle Book, the snake Kaa is voiced by Scarlett Johansson, thus including females in what had been an all-male vocal cast in 1967.

2019 sees the release of the Dumbo, Aladdin and Lion King live-action remakes, with Mulan to follow in 2020.