Lords of Chaos: based on truth and lies? 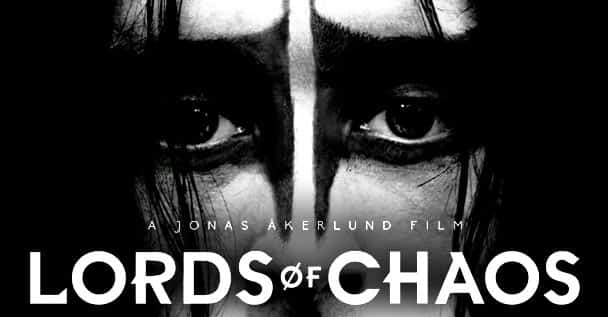 The recently released Lords of Chaos movie, a biopic based on the infamous book which focuses on the Norwegian second-wave black metal scene of the late 80s and early 90s, has been causing a stir with critics and musicians who were involved within the then underground scene.

Opinions on the accuracy of the film and its way of covering the sensitive topics of this scene have been flooding the internet, but is the film really worth all of the controversy?

The production, dubbed by a few as the dark Bohemian Rhapsody, focuses on a young Oystein Aesreth, also known as Euronymous, trying to start an underground resistance in Norway with his ‘black metal’ band Mayhem, which are one of the two main musical projects focused on in this movie.

The general mayhem of Mayhem is covered early on in the film, showing the harmless side of teenagers forming a band, with very little dispute over the accuracy of the movie.

Until the suicide of Pelle ‘Dead’ Ohlin.

Since the black metal scene was brought to the attention of the mainstream world, the true events of Dead’s nature and suicide have been heavily discussed, although the majority seem to have agreed on the version depicted in Lords of Chaos (though they cut down the content of his suicide note). The truly debated events come once Christian Vikernes forces his way into the dark circle.

Youtube user ThuleanPerspective, also known as Varg (Christian) Vikernes of Burzum, claimed he had ‘zero interest’ in seeing the film and its depiction of the events he is at the centre of, yet at the date of writing, he is up his seventh video covering the film since it’s release, which follows multiple he had made previous to the release of the movie.

The scrutiny the film goes through at the hands of Varg Vikernes highlights every small inaccuracy surrounding the depiction of himself and every other character, even going as far to make a point of how he had not listened to the Scorpions in that era, yet his character, portrayed by Emory Cohen, sports a patch of theirs in the film.

His criticism highlights a number of inaccuracies within the production, although these are disputed, as a clear series of events are unknown. The radical political attitudes of many involved, such as the series of church arsons committed and inspired by the second-wave movement, cover true-to-life events, yet are altered for entertainment purposes, as a film would have to.

However, the need to glamourise and alter such a serious chain of crimes has caused the film to spark up an unthinkable amount of controversy.

The narrative and focus of the movie, Euronymous, is a very mysterious character in reality, due to his early death at the hands of Varg Vikernes, and very little is known about his true personality besides from the interpretations of those in the very small scene who knew him personally.

Director Jonas Akerlund had to fill gaps in the life of a real person to make the Euronymous character truly come to life on screen, yet the depiction of Euronymous that has been provided by Rory Culkin has also came under heavy scrutiny. Akerlund’s attempt to romanticise such a serious string of events by creating a fictional girlfriend for Oystein in the form of Ann-Marit has been met with much backlash, as very little evidence of any women within the scene exists.

The complete uncertainty of the true events has caused the film to come under fire based on personal perceptions and opinions of various musicians and general people involved within the scene.

In terms of entertainment, the movie is worthy viewing, as it brings forward the bare bones of the truly shocking events that took place in Norway, although the criticism it has come under is completely unnecessary.

The production is constantly labelled as inaccurate, yet far too little is known about the true series of events for these claims to be verified and for it to be labelled inaccurate. It is a production for entertainment value, not a factual documentary which many fail to see, and as a result comes under far more fire than it deserves to.