As Britain gears up for another summer of festivals, work experience student Ewan Wishart looks back on his first festival experience.

Last summer I set off for my first experience of a music festival.

Anticipation had been building from the moment the line-up of ‘Leeds fest’ was revealed. Ultimately, among my peers, it had been deemed the social event of the year.

Taking place in the last weeks of August 2018, the excitement built throughout Britain’s bright and sunny ‘summer of love’. I had a vague preconception of what festival life would be like but, in reality, I hadn’t a clue of what I was getting myself into.

I made the decision of buying the early bird ticket for Leeds, which meant for only £20 extra, I had the luxury of being able to get drunk in a dirty Yorkshire field for two days more than most of my fellow festival goers. In the end, as a Shakespearian critic would say when deciphering a protagonist’s fatal flaw, this proved to be my hamartia. Yet, more on that later. 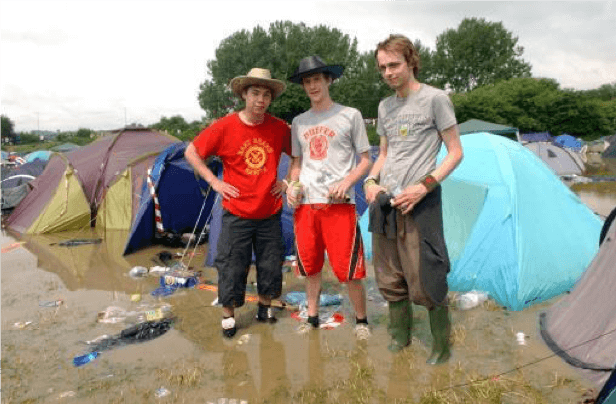 Wednesday the 22nd August marked the commencement of the festival. For the first two days, I attempted to feel it out: I accustomed myself with the important places of note, such as food stalls, music tents and – most importantly – the medical room.

I knew I would be making at least one trip here: for the possible pumping of one of my friends’ stomachs or, inevitably, mine. In between seeing off a few cans of dark fruits I managed to get my tent up with relative ease, be it only at 11:30 pm. This marked the end of a lacklustre day that was, predominantly, all preparation.

Waking up at Leeds for the first time, I was treated to a pleasant surprise.

Not only did I get a very unexpected full night’s sleep, I was also pleasantly surprised with my GCSE results which were much better than anticipated. That night I celebrated by going to the first bit of music on show, the opening of Relentless stage.

Situated in the open spaced forested area of the festival, on the other side of the site to the mainstages, Relentless proved to be an unlikely hit. Here is where they play an increasingly popular genre of music known as Drum & Bass (or DnB, for short).

Over the period of the festival, Relentless was home to some massive names in the DnB scene: Boston Bun, Jax Jones, Icarus and DJ Zinc, among others, were all performing on the energy drink stage. Most notably on the Friday, Mike Skinner, of The Streets notoriety, performed an exclusive set on the stage.

This was quite the enthralling prospect for fans of UK dance and Urban music.

The festival really got cracking on Friday, in more literal ways than others. One friend who I shall keep anonymous (for the purpose of saving him of the embarrassment) managed to break his arm in a drunken escapade within our camp on the site.

I was fortunate enough to miss the event which probably would have had me gagging at the mouth, due to my weak stomach. I bring this up to highlight the dangers of ‘overdoing it’ in the pursuit of a good time.

Sadly, this marked the end of the festival for one of my allies, leaving him without seeing a single piece of music at the festival – also £230 lighter. 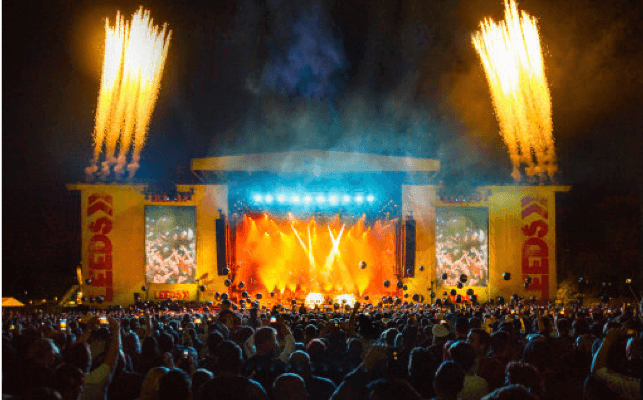 However, excluding that last episode, I would say Friday was the most enjoyable day of the event. We were treated to performances from alternative rock groups The Vaccines, Courteeners and The DMAs, not to mention an electric performance from one of the headliners, Kings of Leon. Furthermore, stellar shows from Wilkinson and Slaves left crowds roaring; the day only got better the longer it went on.

At 10pm, Diplo was on and gave one of the performances of the weekend: smoke and fire machines erupted as ‘Lean on’ played and fans jumped in sync.

After this we moved onto another excellent show, ‘Hot tub time machine’. An event unique to Leeds, you get to see remixes of the most popular tracks of every year from 1960, spanning all the way up to the present day. Here, when looking around the crowd, seeing people draped in neon paint and obscene amounts of glitter wasn’t uncommon. After all this frantic action, I was more than ready to curl up on my blow-up mattress and call it a day.

By Saturday, the Leeds campsite was beginning to feel the effects of the 80,000 members of the general public who had taken refuge there. Half-drunk cans of fosters were littered about, among food waste and the occasional used condom; Leeds was certainly living up to its reputation of being the third dirtiest festival in the UK.

However, this didn’t overshadow the performances on show this day. Indie was in full swing with performances from The Kooks, The Nite Café and The Wombats who arguably stole the show on the Main Stage. Later on, immense performances from Travis Scott and the award-winning Post Malone left crowds calling for an “encore”.

American Rock Band Fall out Boy capped off another great day of music as the last act on the main stage for Saturday.

Sunday was the last day of the festival.

It started off terrifically: I woke up to a puddle of water which had pooled within the inner layer of my not so waterproof tent. This was an indication of the monsoon which had decided to grace Leeds. Luckily, it was the final day so mostly everything was almost completely destroyed already, including our marquee, which gleefully bowed out when my 6ft 5 friend fell through it the night before.

I realise I’ve hardly mentioned the toilets, which are undoubtedly the biggest downside of the festival experience. Disgusting is an understatement.

They are dotted about in lines of wooden stalls throughout the campsites and there is a hole where waste drops into a trough-like abyss bellow, where I am certain an intoxicated individual would have no problem falling through and, most likely, meet their end.

The smell; repulsive. I advise anyone wishing to go to the toilet during the duration of Leeds to go no later than the Saturday morning. After this time, I believe they become uninhabitable.

Although conditions had now been reduced to an all-time low, I trooped on into the final day of quality music. Throwback American acts like Sum 41 and Panic! At the Disco impressed with their displays. Other notable performances, by DnB group Pendulum, up and coming artist Rex Orange County and Indie group The Magic Gang, were all fantastic.

However, without a shadow of a doubt, the genre that will be remembered on Sunday will most definitely be Rap. Performances by groups N.E.R.D and the immensely talented Brockhampton captured the imaginations of thousands, with red flares lighting the crimson sky during their show.

Later on, the main stage welcomed Kendrick Lamar for the final live performance for Leeds 2018. Arguably the biggest name on show at the festival, Lamar, the worlds most acclaimed rapper, did not cease to amaze. A 5-minute animation on screen detailed Kendrick’s rise to the top over the last few years, before he broke out with hit song ‘DNA’ to begin his set. 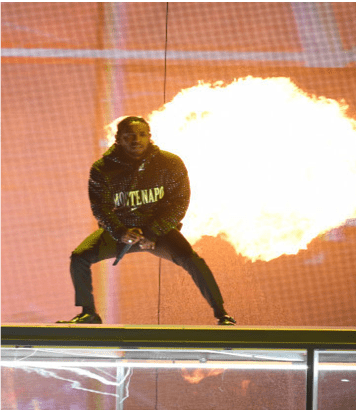 We sauntered straight on to the well-known ‘Silent Disco’ in which two DJs go head to head in a battle to retain the most listeners throughout their 3-hour performance. Big hits and cult classics are popular among the DJs song choices: I recall the cringy inclusion of ‘Cotton eyed Joe’ nearly had me turning for the door.

Still, I persisted until the end at 3am, at which time we moved onto the final music at Leeds – the final hour of Relentless. A set from SASASA included hits from artists like Andy C, Chase and status and the final song of Leeds came in the form of ‘Tour’ by Macky G.

This final performance encapsulated Leeds and all its true beauty; the shrieking crowd, the filthy floor and the intoxicated youth: all in one place, everyone in unison.

I believe it’s this togetherness that really makes Leeds the experience that it is.

Not only do you get to witness brilliant music but you also get to do so around your closest friends, not to mention the people you meet along the way.

If you are deciding on a festival to go to this summer I urge you to consider Leeds. I, for one, am heading back this summer!