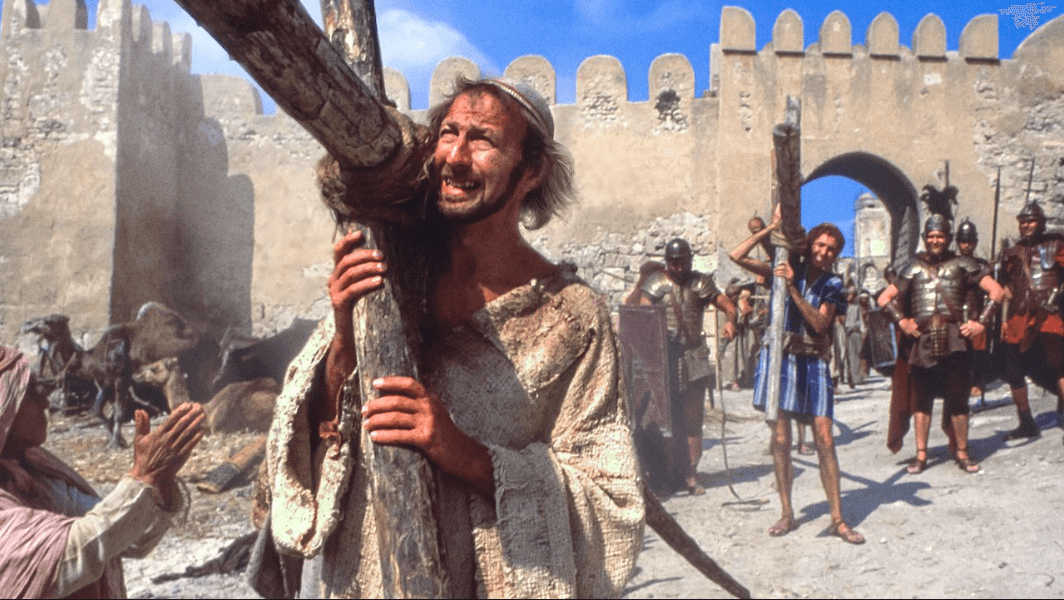 Forty years ago, the Monty Python troupe returned for another big screen outing.

Controversy, budgeting problems and George Harrison were all factors in the production and release of the movie, and made it all the more legendary. Considered by some to be blasphemy, by others a masterpiece, how does Monty Python’s Life of Brian hold up after forty years?

Terry Jones’ enjoyable direction manages to hold the comedy together in tremendous fashion. One of the concerns some older films have is a lack of artistic flair in the direction department. Most of the Python movies never had this problem as they were more sketches connected together with a loose plot (most notably their final film, The Meaning of Life) than genuine, feature length films.

With Life of Brian, the delivery and timing of many of the jokes rely on some strong direction, and Jones promptly delivers.

As ever, the cast is an impressive showcase of the finest of British comedians. Chris Langham can be spotted in a few scenes, as well as Spike Milligan. These are merely cameos, paving the way for some of the Python’s best work: Michael Palin, in particular, shines as Pontius Pilate, and John Cleese is hilarious as Reg, the leader of the Judean People’s Front. Each Python gives great performances in multiple roles throughout, capturing the significance of the television show and catapulting it onto the big screen with glowing results.

Eric Idle’s exceptional song-track is the most impressive of all the Python movies and the now infamous Always Look on the Bright Side of Life wraps the film up superbly well. Even the intro song (which pales in comparison to the end credits) is an incredibly fitting and hilarious piece of music.

Anyone that’s seen this movie has a favourite moment, whether it’s the rendition of Always Look on the Bright Side of Life, the Biggus Dickus sketch or my personal favourite, the haggling sketch. Life of Brian is full of timeless and extremely memorable sketches that have since been replicated, referenced or ripped off in one way or another.

Comedy often struggles to hold up in the long run, especially when it has contemporary references, but Life of Brian is a timeless classic.  With a hilarious script, solid performances and a general feeling of brilliance, Life of Brian is undeniably the very best movie the Pythons ever made.