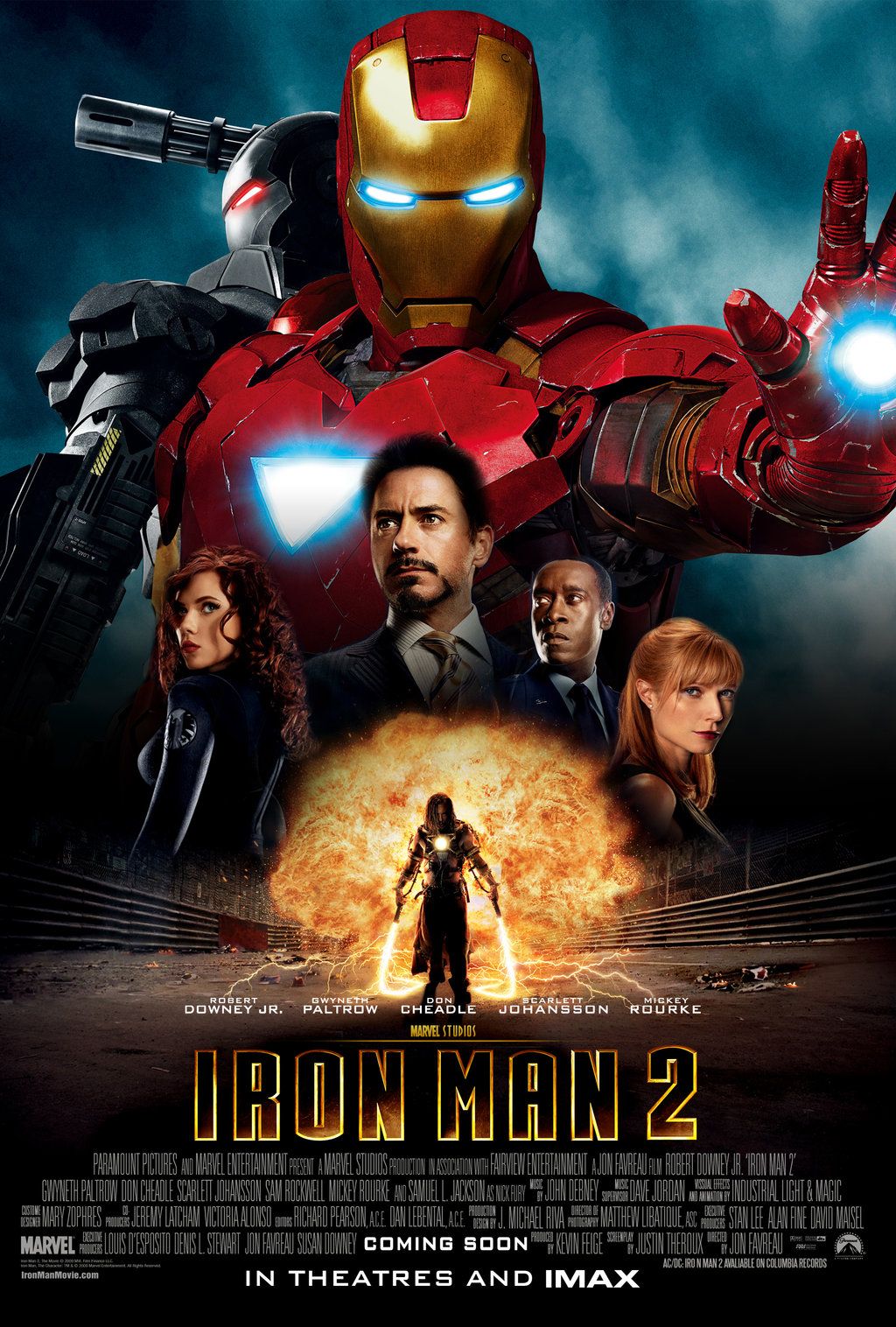 Ah, here we are: the first major dud in the Marvel Cinematic Universe.

I must admit, I’ve been dreading reviewing this film. Surely, being the second Iron Man film and the third film in the MCU overall, it’ll have learnt from the mistakes of the previous two? Surely it’ll be better than the simply decent Iron Man and the misfire that was The Incredible Hulk? Sadly the answer to this is no.

Iron Man 2 is Iron Man 1 done again, but worse. That’s not to say it copies Iron Man note for note, indeed it changes quite a bit. But it doesn’t feel any different from the original film in the slightest. The villains as weak as the original Iron Man, if not weaker, the supporting cast, while being better, is underserved and the plot is paper thin.

The plot of the film is essentially just a reason to introduce Nick Fury and Black Widow into the MCU properly and set up The Avengers. I mean, there’s some substance to it: it’s all about Ivan Vanko (better known as Whiplash) building an arc reactor similar to Tony Stark’s (who revealed himself as Iron Man at the end of the previous film). Is he gonna use this new arc reactor for good, perhaps to help the world?

No, of course he’s not, he’s gonna use it to attempt to murder Tony Stark. It’s a cliched and trite plot that does nothing new and doesn’t do anything particularly well.

The characters in the film are pretty decent, Robert Downey Jnr is as good as ever as Tony Stark. He’s one of few reasons why this film is actually bearable in any way. Well, it’s due to RDJ and Don Cheadle’s chemistry in the film. It’s Cheadle’s first appearance as Colonel James Rhodes, taking over from Terence Howard, and he’s way better than Howard ever was in his debut.

Samuel L Jackson and Scarlett Johannsson (Nick Fury and Black Widow, respectively) also help to keep this film afloat, but it’s just not enough. Most of the rest of the cast feel like they’re phoning it in. Sam Rockwell as Justin Hammer just feels like he’s only in it for the money, Mickey Rourke as Whiplash is utterly awful, he’s just so indescribably bad in the role.

Finally. Gwyneth Paltrow as Pepper Potts feels the weakest she’s ever felt in this film. She’s barely used and when she is used she just feels like more a plot device than an actual character.

The action is more of the same flavour of action that you got from the first film, which is part of the problem. There’s nothing fresh here, just more explosions and big action that feels bland at this stage. Aren’t we supposed to expect a sequel to one-up the previous film?

Overall, Iron Man 2 is a poor attempt at a sequel and one of the film sequels in the MCU that somehow manages to be worse than the original. I’d recommend you avoid this film, but you sorta need it to contextualise the wider MCU. So what I recommend you do is you get a group of friends together, and suffer through this experience together. Perhaps you’ll find something to like in it. I certainly didn’t find much.