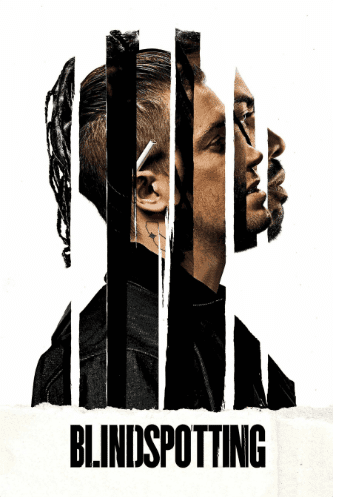 I hate to assert that some movies are more important than others. It feels like I’m devaluing certain genres in favour of others. But that being said, Blindspotting is an important movie, and it’s not just because of its jabs at social constructs and modern-day movements, but also because it’s an extremely solid movie.

The second feature-length from director Carlos Lopez Estrada, Blindspotting attempts to tackle numerous social issues all at once. If it weren’t for the extremely enjoyable script and superb performances, there wouldn’t be all that much else to the movie.

My concerns surrounding this film were based solely on not having any sort of introduction to this director or cast outside of this one movie. One of many independent movies to come out of 2018, a rise in smaller productions means more new faces wanting to prove themselves on the big screen. With a breakthrough leading role for Daveed Davis, his performance is outstanding, to say the least. You may have recognised him from his brief role in Wonder, but it’s Blindspotting that he’ll be best remembered for.

By far the standout piece of the movie in general though is the cinematography and focus on impressive camera detail to produce a thoroughly enjoyable story. Much of this direction relies on long, winding camera angles, unbroken shots and a key piece of competence from the cast. Rafael Casal and Janina Gavinkar, in particular, provide some excellent supporting performances to Davis’ leading role as Collin, a man just three days away from the warm embrace of parole.

There are one or two set pieces that stop the movie receiving that ever-coveted perfect rating. Parts of the film dwindle rather rapidly, not feeling like there’s much going on at times and even fairly boring too. There’s a scene towards the end where Collin starts rapping and it really did just come out of nowhere. A bit strange to be honest, but it works to some degree.

There’s definitely a feeling underneath that makes me think Blindspotting is just a better Sorry to Bother You. Maybe it’s because Blindspotting’s attachment and magnetism to reality make it so much more interesting. When it’s violent, it has an impact but when there’s humour on display it’s all the funnier. Maybe the biggest surprise of all from Blindspotting is how genuinely funny it is. Building on the chemistry of its leads the whole way through, along with some impressive direction, Blindspotting is an outstanding movie that’s well worth the watch.