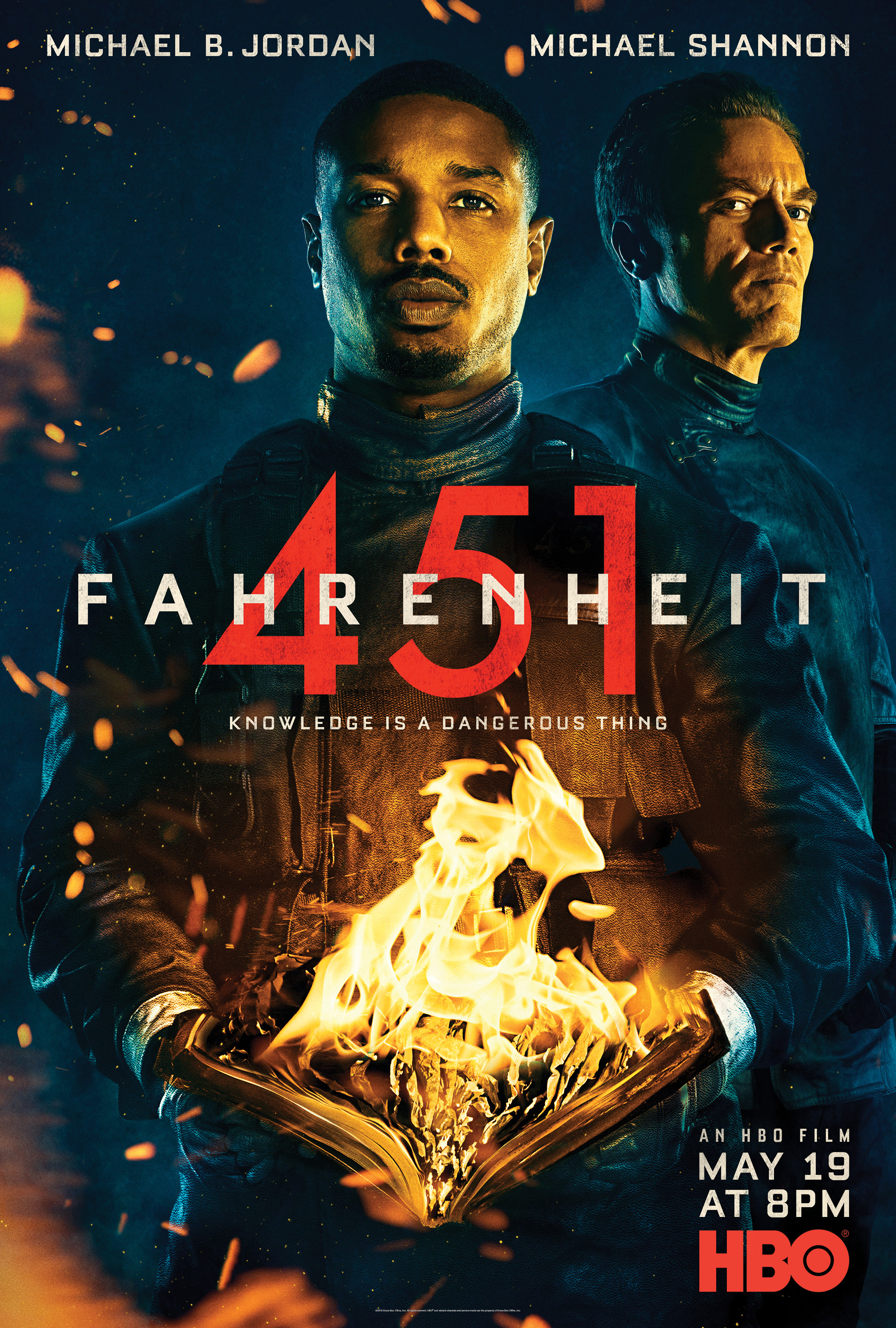 Fahrenheit 451, much like Lord of the Flies, Animal Farm and Alan Partridge: Nomad are all classic pieces of literature that will never make a good enough leap to film.

Although having no experience with Ray Bradbury’s apparent classic, I do get the gist of its moralistic and political standpoints. I can’t imagine it would translate well to a modern output, but the powers that be at HBO have decided that not only is it a good idea, but Michael B. Jordan and Michael Shannon should lead this doomed adaptation.

The modern setting is laughably atrocious. Michael Shannon and Michael B. Jordan flounder in some extremely boring performances that don’t gel well whatsoever under this modern setting. By modern I mean a slightly futuristic tint with some blue, “we’re trying to do Blade Runner” lighting and the occasional terrible green screen effect.

Jordan, who I know for a fact is a great actor, manages to give the most robotic performance of his career in his leading role as Guy Montag. It’s a terrible performance, the script doesn’t help much either though, managing to suck all the unique flavour out of the book.

I’ve seen wooden acting, and I’ve also seen bits of wood. The difference isn’t all that clear throughout the movie with Jordan floundering around between doing nothing at all and adding as little to the movie as possible. He’s meant to be the moral compass, but Shannon often outshines him because his character is given the most to do, that’s the sole reason for it.

Ramin Bahrani’s direction is horrendous. The opening fight scene between Shannon and Jordan makes Bohemian Rhapsody’s editing look competent, which is no small feat given how awful that was. Between this and some completely meaningless scenes, Bahrani struggles to offer up anything interesting whatsoever.  It’s a real shame, especially since the source material is meant to be incredibly rich (I wouldn’t know, I’m not the avid reader I once was).

Unforgivable I’m sure, but still, as a film alone it doesn’t merit much reward whatsoever.

Nothing fits together, it feels like a jumble of ideas all pushed into one another. There doesn’t seem to be any quality control, not that it matters since the entire hour and forty minutes is a hellish bore from start to finish. Strangest of all is the soundtrack, some of it a pop punk score, other times classical music that can be heard as backing track to the ever-brilliant rants of Charlie Brooker in Weekly Wipe. I’m not sure why this music is used in Fahrenheit 451, as, to put it bluntly, it makes no impact whatsoever.

Big revelations that should’ve been jaw dropping are instead humorous and childish, or just don’t make any sense at all. Again, this is down to the poor and inconsistent direction, but most of all comes down to uninteresting performances from everyone involved. Traditionally strong actors such as Sophia Boutella and Kier Dullea are wasted in otherwise meaningless performances.

What a sh*t show this was, from Michael B. Jordan giving some sort of Childish Gambino performance right at the beginning to the constant camera cuts that make it impossible to watch. With its expected jabs at American politics and unexpectedly horrible dialogue, Fahrenheit 451 may be the worst movie of the last few years.