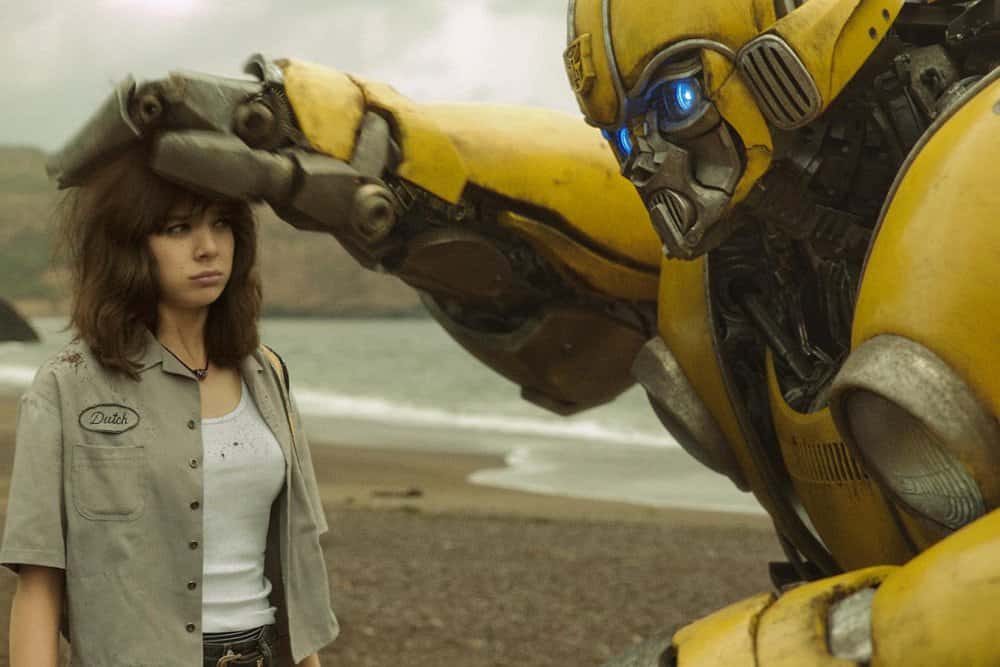 I only ever caught episodes of the 80s show in passing as a child, I’ve never read the Transformers comics, never played with Transformers toys.

My biggest piece of exposure to the Transformers as an entity is probably the Michael Bay franchise, which didn’t exactly give me a good impression of the Transformers. God, all of those films were straight up awful weren’t they? And they made FIVE of the things, each of which made a pretty decent amount of money. But now, Paramount has took it upon themselves to reboot the Transformers franchise with a new cast, new director, new time period and a new focus. The question is, can Bumblebee restore some credibility to the heavily damaged reputation of the Transformers as a franchise?

Bumblebee isn’t a bad movie per se, but it didn’t really grab my attention as much as I had hoped. The plot is simple, it’s about Bumblebee hiding on Earth from the Decepticons and meeting a young girl called Charlie and together they end up battling against the Decepticons who have found their way to Earth and teamed up with a military general.

It’s a tried and tested formula, and I feel like it’s just pulling bits and pieces from the Bay Transformers films, but it works a lot better than any of it did in his films. Indeed, the first ten minutes alone consist of a glorious battle on Cybertron (the home planet of the Transformers) and it’s better than anything Bay ever did with the franchise.

The issue is that aside from the main two characters (Charlie and Bumblebee), none of them really have any depth. There’s a love interest in this, but I’ll be damned if I can remember anything about him. The villains are also extremely one note and, while occasionally threatening, don’t really do much throughout the film. I understand this is a reboot, so it’s a balancing act of setting up characters and having an actual story that works, but surely you could have given the villains more screen time?

The only reason I remember that an army general even helped the villains is because he was played by John Cena.

Oh yeah, John Cena. For a man with as many dud roles as he’s got (anybody else remember the Fred series or is it just me that’s got to suffer the eternal torment of recalling those films?), he’s surprisingly good here. His character has a great motivation for doing what he does and Cena manages to actually show proper human emotion in one of his roles. I know, right? It only took nine years.

The lead actor, Hailee Steinfeld, however is consistently great throughout. Is it possible that Steinfeld is the next big thing? She was great in Edge Of Seventeen (Shut up Ewan, yes she was), great in Into The Spider-Verse and while she’s not as great here as in those two films, she’s still pretty damn good. Outside of those however, the cast are relative unknowns, and all mostly duds (with the exception of Angela Bassett).

But Bumblebee makes up for the lack of interesting characters with some really great action and fun moments between Charlie and Bumblebee. If you’re a Transformers fan, you’ll probably just be grateful to get a film that’s remotely decent, and if you’re a stand film-goer, you’ll probably enjoy this as a casual flick.