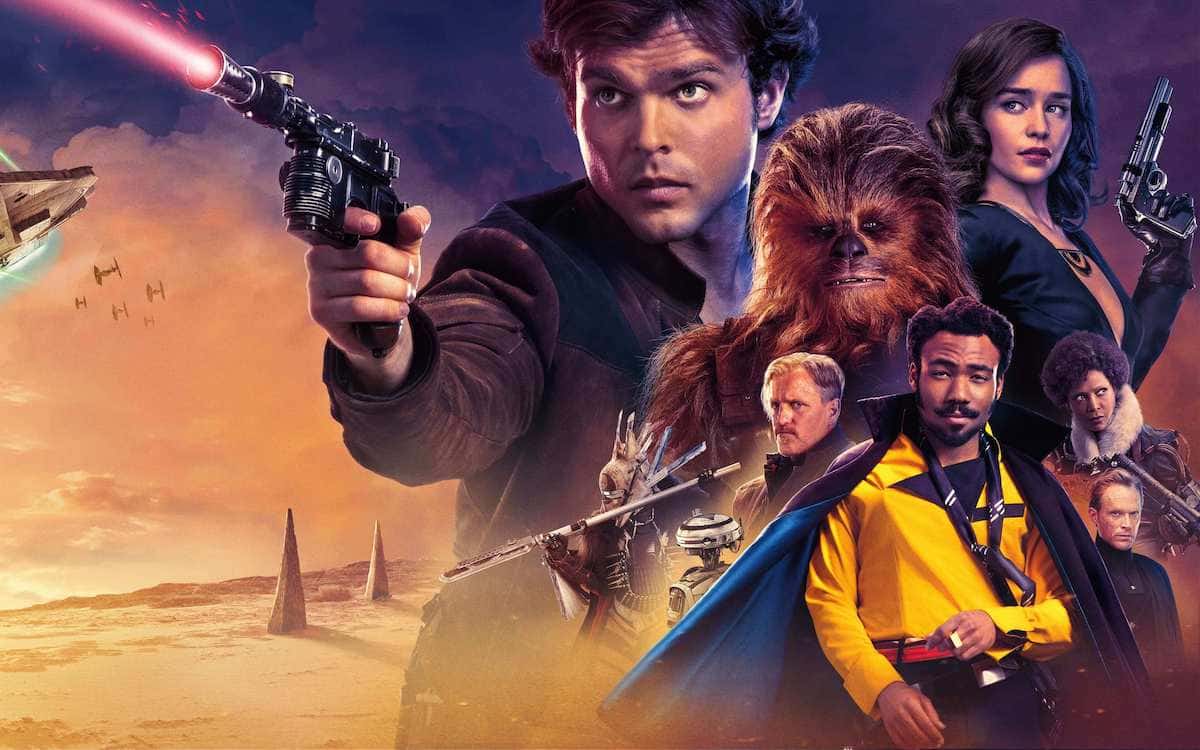 Contrary to popular belief, I’ve not that big a fan of Star Wars. Sure, I’ve seen every film in the franchise, but at this stage that feels like more a rite of passage than something that makes me a fan of the franchise. I think I might have seen the old Clone Wars animated series in passing as a child? But I’ve never got into the books, I’ve never particularly cared about the story of the games, I’m just there to have fun, and I’ve never cared much about the lore. I couldn’t tell you what that massive crossbow that Chewbacca carries is called. Many people thought this film was unnecessary, and they were probably right, but as an outsider looking in, what did I think of Solo: A Star Wars Story?

Solo: A Star Wars Story answers the question nobody in the history of man has ever posed, that question being, what the hell was Han Solo up to before A New Hope? Well, it turns out he was on a rip-roaring adventure through the galaxy, being the greatest smuggler in the galaxy and fighting in some absolutely spectacular fight scenes. The issues with Solo is, as I previously mentioned, people were saying it didn’t justify its own existence and I’m not going to lie, I’m inclined to agree with them. But just because a film shouldn’t really exist, it doesn’t mean a film can’t be any good. However, the film suffers from pacing issues in the final act and the ending was almost certainly intended as bait for another movie, meaning it’s not a conclusive and satisfying ending in the slightest really.

The cast is superb mostly, even though I had my doubts about Aiden Ehrenlich as Han Solo (simply due to the fact that Harrison Ford is simply that good in the role), he impresses here. He’s got the characteristics of Han Solo down to a tee, with my only gripe being that some of his line delivery falls a little flat and he occasionally doesn’t seem like he’s putting his full effort into certain scenes. I’d have loved to have seen Phil Lord and Chris Miller’s interpretation of the character, but that’s neither here nor there. And I must say, I never in my life expected to see Woody Harrelson in a Star Wars film. He tends to do smaller roles these days, but seeing him in Solo was an absolute joy, his performance is so great. Donald Glover, however, is the real standout performance here as Lando Calrissian. He’s amazing in the portion of the film that he’s actually in, but he’s underutilised and frankly, I’d have rather seen Lando: A Star Wars Story. Emilia Clarke also stars as Qi’Ra, Han’s childhood friend, and she’s alright. It’s nothing special, but then again no performance from actors that made their name in Game Of Thrones ever really have been. Does anybody else remember her performance in Terminator: Genisys? No? Me neither. Oh, and while Paul Bettany certainly tries his best, his villain role is one of the most one-dimensional roles in the entire Star Wars canon.

As a whole, Solo: A Star Wars Story is a pretty fun film. even if it suffers from pacing issues and an awful ending. It’s not the best Star Wars film, although it’s certainly not the worst (Attack Of The Clones still holds that distinction). It’s definitely worth one watch, even if you’ll probably never rewatch it.