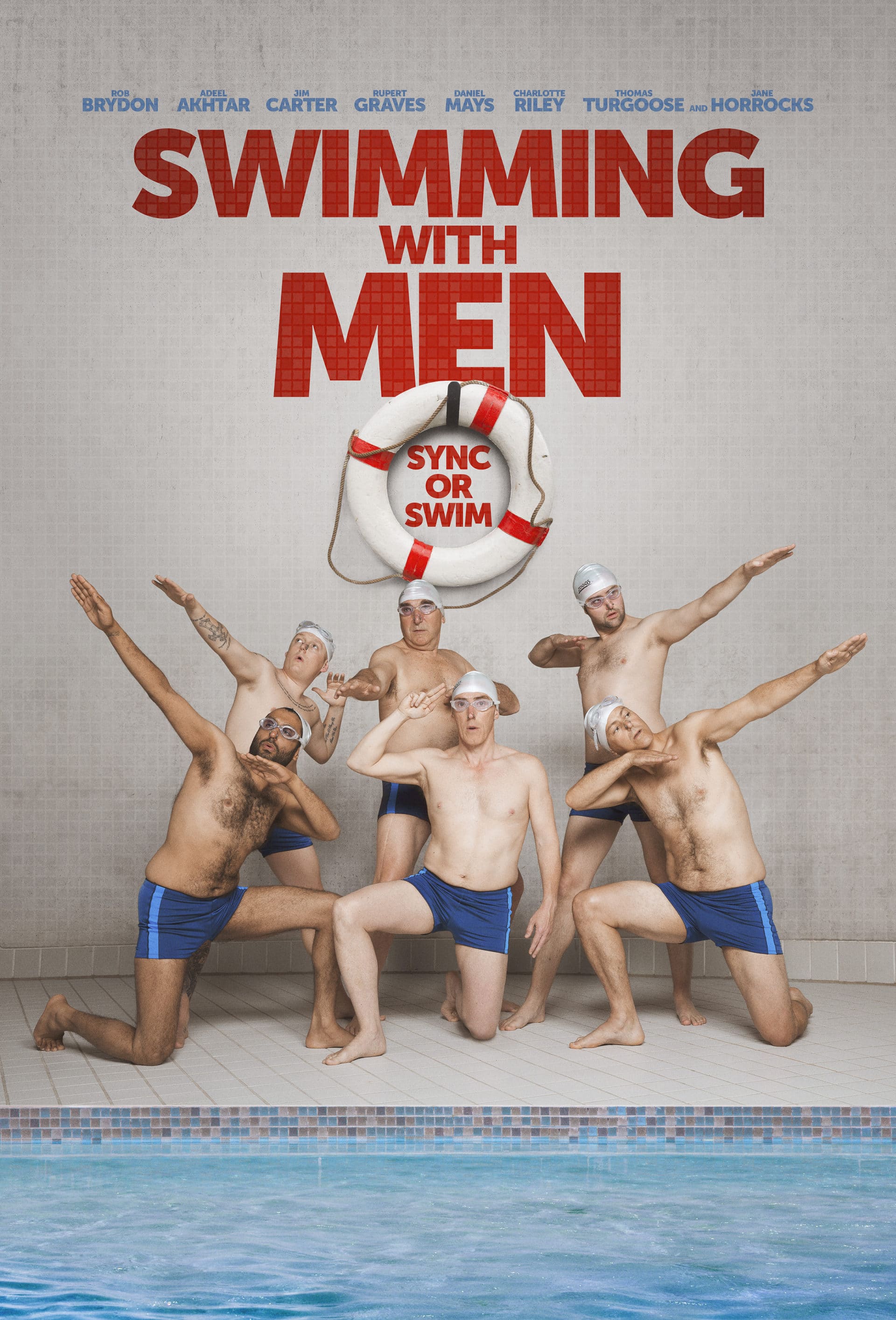 Rob Brydon (The Trip, Gavin and Stacey) is a hard-working actor and I’ve personally got a great deal of respect for his ability to flicker between comedy and drama so easily. If he’s able to do so with ease, then why does it feel like he’s not really trying with Swimming with Men?

Maybe it’s the plot, which isn’t anything new to experience. Independent drama films these days all follow a very streamlined approach and those that don’t are pelted into critical oblivion. It’s no surprise then that Swimming with Men sticks to the formula as closely as it can, which is a shame since it leads to some very boring viewing. Brydon plays the predictable man in a midlife crisis who finds something unique and strange to fill the void of a dull life. It’s not ticking any boxes for originality, it’s one of the great Hollywood cliches, but at least it’s not as awful as it could have been.

Or maybe it’s the drab storyline, which never strays close to anything interesting or exciting happening. A film about synchronised swimming buddies can only reach so far. It’s almost impossible to base the movie on a variety of interesting characters, especially since none of the characters are of any interest whatsoever.

How about the casting, which features a variety of recognisable British actors, none of which I could name straight away. Rupert Graves (Sherlock, Death at a Funeral) features sporadically and is probably the most recognisable face in the movie aside from Rob Brydon. That’s not to say he gives a decent performance though. The key to films like this is that they are believable, with characters that match both the setting and overall plot. With Swimming with Men, nothing of the sort happens, the characters all seem larger than life solely for the sake of being variables.

Nothing at all interesting happens throughout this movie. It doesn’t surprise me that this film was quietly slipped onto Netflix. Apparently, this is based on a true story? I had no idea that this was based on a true story when watching it, and considering I’d given it literally no thought since then, I’d say it’s not the most interesting adaptation available to a wide audience. It’s not even niche, it’s beyond niche, who would want to watch this? I’m struggling to think of who this film appeals to, other than those like me who want to watch as many films as possible regardless of quality or length.

Still, there’s nothing stopping the movie from attempting some fleeting pieces of comedy. For the most part, they fall extremely flat, and it’s easy to see why. A lot of the jokes are based solely on the dialogue, the problem here is that the dialogue is simply of poor quality. None of the jokes hit home and the ones that do don’t hit as hard as they should be. Maybe with a rework of the script this could have been a tad more bearable, but I strongly doubt that.

However I phrase it, perhaps it’s unfair to expect much from the guy who directed Johnny English: Reborn. Brydon’s appearance inspired a small amount of hope, but this independent drama is nothing more than a shallow dip into the inner complexities of swimming. However complex those swimming motifs may be is entirely dubious and implausible, but at least it’s not yet another teenage drama movie trying to be relevant.