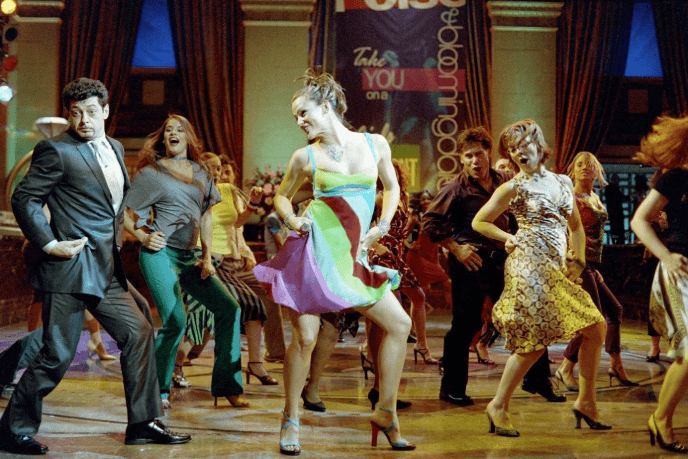 Can you believe it has been a whole fifteen years since 13 Going On 30 released? I can, especially since I’d not seen it before, nor had I even heard of it up until it cropped up on Netflix like a swamp monster, oozing its way onto my watchlist. It’s best to get through these soppy wastes of time as quickly as possible, and for its 15th anniversary I thought it was only fair to give it the slaughtering it so rightly deserved.

And by all means does it deserve a hammering. To be fair, it excels so much more than I had expected a Jennifer Garner movie to. Garner isn’t the leading lady she wants us to think she is, given her turn as a thirteen-year-old girl throughout this movie, I don’t really think she knows what she’s doing. It, of course, leads to the expectedly strange turns of events being older brings us, yet somehow Jenna Rink (Jennifer Garner) is much more professional as a thirteen-year-old than as a fully functioning adult.

There’s a reason we don’t hear from Jennifer Garner that much anymore, and it’s because of movies like this. Is this a chick flick? It doesn’t set the standard as well as Mean Girls did, nor does it really feel all that interesting, nowhere near as good as a chick flick should be anyway. It’s a film that will be reserved and regarded highly solely because of nostalgic teens and unruly children who remember enjoying it. If I was a kid and had seen this in my youth, I probably would’ve enjoyed it also; but I also would’ve enjoyed having tin foil dangled in front of me, so the bar is set extremely low.

It feels like a malicious Frankenstein mess of Big and Groundhog Day, with the results being a disinterested Mark Ruffalo, a post-Lord of the Rings Andy Serkis and Judy Greer, who by law must play vaguely villainous characters whenever she shows up in anything moderately humorous. It’s a sort of strange sight to see Ruffalo playing the romantic lead, especially when the protagonist is thirteen, but it’s a far stretch from his Spotlight performance, however bearable his turn in 13 Going On 30 may be.

Possibly the worst part is the script and pacing of the movie, which is muddled at best and really struggles to do anything with such a long runtime. The expected twists and turns of the “will they, won’t they” are thrown in for good measure, along with the unruly, jealous side-character and overbearing yet considerably friendly workaholic boss. It’s a visual can-can of expected tropes from 2004.

Because it’s from the mid-2000s, it’s required that the film have an overly long dance number, and shamefully this one is set to Thriller, that Michael Jackson song I was surprised I’d not heard before. As it turned out, I’d not thought I would need to see Andy Serkis and Mark Ruffalo tripping over themselves as they try and keep up with the choreography, but it’s the only funny part of the movie and oddly makes it all worth watching.

Soppy, muddled and by all means a massive waste of time, 13 Going On 30 fills the very large pool of boring romcoms from the mid-2000s. As if we needed any more of those.