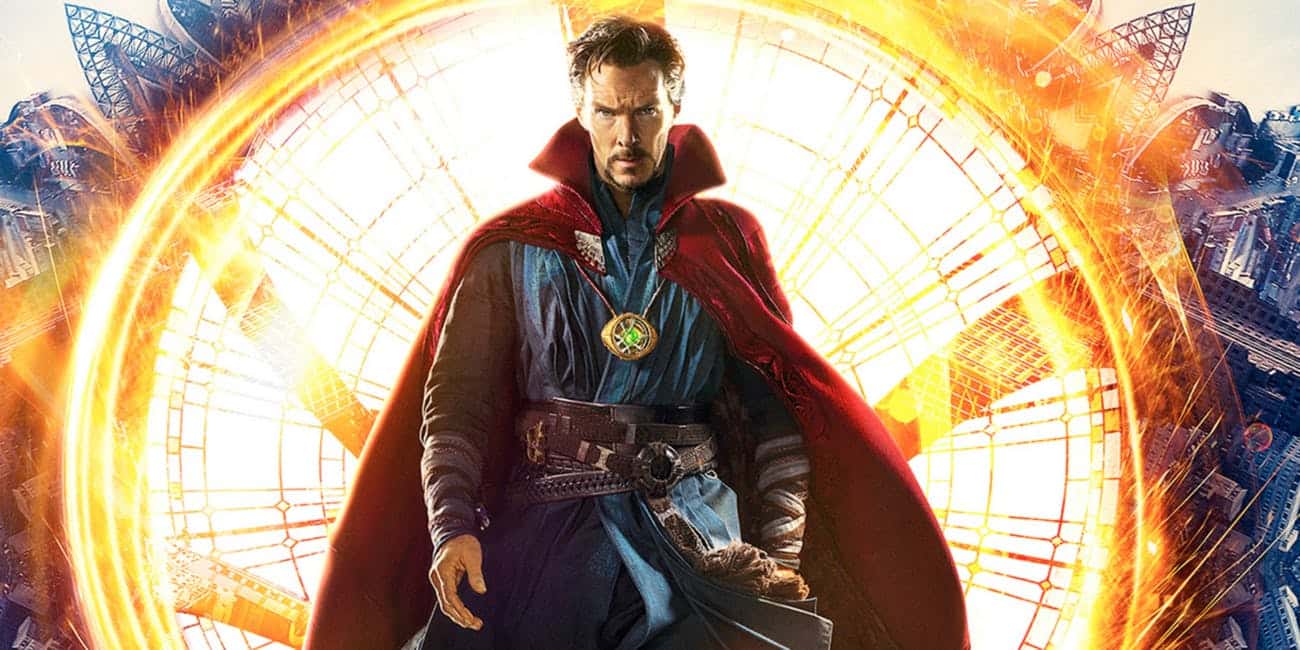 Doctor Strange is a really weird film. Not in terms of the subject matter, which is pretty plain sailing for Hollywood these days. Not in terms of the characters, as they’re also excellent. No, Doctor Strange is one of the weirdest looking AAA films I’ve ever seen. It’s certainly the trippiest Marvel Cinematic Universe film so far in this retrospective, but the important question here is, is it the best film so far?

As usual, a bit of context with my history with the character. I’ve read one Doctor Strange comic in my entire life and that is Doctor Strange: Last Days Of Magic by Jason Aaron. It’s a particularly excellent comic, so you might be wondering why have you only ever read one Doctor Strange comic? Well, frankly, the character has never really interested me. He struck me as just another wizard, another boring addition to the fantastical word of Marvel’s magic universe. At least, that’s what I thought until I actually watched Doctor Strange. That’s when my eyes were opened to the potential of the mystical side of Marvel.

Doctor Strange is about the titular character, one Doctor Stephen Strange (Isn’t it refreshing that in one of these Marvel movies, the name of the movie is the actual name of the main character? It’s a rarity, with the only other notable exception being the Thor movies.) It’s essentially an origin story, but unlike some of these films (Once again, I’m thinking Thor) it’s an involving, rollercoaster of an origin story with some of the best visuals and directing in a Marvel film to date. The villain, Kaecilius, is a bit bland and one-note, but the performance from Mads Mikkelsen manages to make it entertaining at least. However, Strange himself is very well developed, possibly one of the best developed heroes in a Marvel solo film.

The cast is pretty great. Benedict Cumberbatch is the ideal Doctor Strange, he’s got this mysterious air as Doctor Stephen Strange, yet is also extremely charismatic and an all round amazing lead for a Marvel film. Dare I say, the best lead we’ve had so far? His mentor, The Ancient One, as played by Tilda Swinton is great, if mildly miscast. One wonders why they changed the ethnicity of The Ancient One for the MCU, but it doesn’t affect how good Swinton’s performance is here. She’s amazing, mysterious and she essentially exudes power. Benedict Wong stars as Strange’s aid, Wong and he’s easily the funniest part of the film, with his comedic timing being absolutely excellent.

As a villain however, Mads Mikkelson seems rather uninspired. It’s not that his performance is bad, it’s that the writing for his character fails somebody with his talents. His performance is in fact excellent, as is the actual look of his character. It’s just a shame he wasn’t given too much to work with.

And God, the effects are utterly amazing. Buildings folding in on themselves, representations of the cosmos and the spirit, Doctor Strange goes above and beyond the usual Marvel range of effects and tries something new, something pretty special. If this is going to become a staple of the Doctor Strange series (Doctor Strange 2 has already been confirmed), I’m here all the way.

Doctor Strange is a pretty great film made into an amazing film by the effects work it has. While the villain is uninspired, the performances help to make this film one of the best solo films in the MCU.