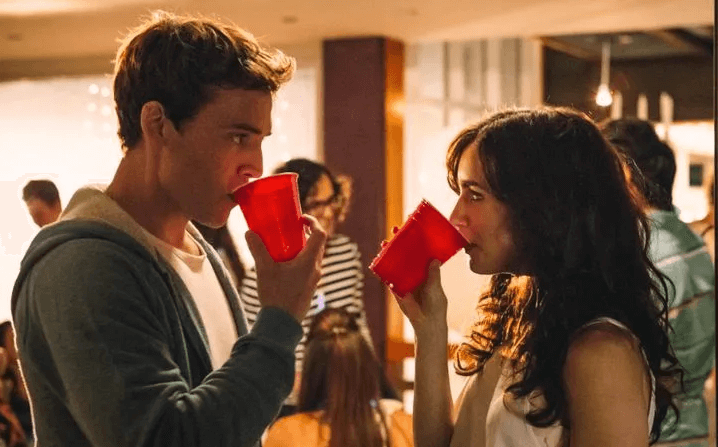 Soppy romantic movies really aren’t my scene. Seeing people happy or unhappy over a consistent period of time with the occasional gag isn’t something that appeals to me. To be quite honest it’s a genuine miracle that Love, Rosie even made its way into my watched filmography whatsoever.

I suppose the main strength of Love, Rosie is its subversion of the rom-com genre. Not in the sense that it identifies and mocks the tropes and standardised events of the genre, but it genuinely does try its best to bury the cliché deep within a solid enough story.

With a strong lead performance from Lily Collins, it’s quite easy to attach yourself to the struggles this character ends up going through for the whole movie. A few of her subplots appear to be structured with silly string, but that’s expected for a film also starring Sam Claflin as the romantic interest of the movie. Claflin and Collins manage to keep that “will they, won’t they?” feeling alive for the majority of the movie; considerably important since this is the premise for the entire movie.

However enjoyable the movie was, it doesn’t excuse how bloody forgettable it was. Not a single part of this movie can be remembered by myself. There’s even a scene in the movie where they have a call back to an earlier scene, but the film finds it necessary to remind us of the call-back. It’s never a good idea to make jokes like that in such a forgettable movie, yet it happens more often than I care to mention.

Still, the believability of such a realistic story comes into question every now and then. Why our lead character befriends a pharmacist and then later opens a seaside hotel with them is beyond me, sounds like something that would come out of an unreleased Jane Austin novel, yet it’s a rather comfortable viewing and makes for a decent enough supporting cast.

Tense isn’t a word you should ever use to describe a romantic comedy, yet here we are. A genuinely stressful viewing, but in a good way, it was certainly a lot more thrilling than some actual horror and thriller style movies. But if Love, Rosie did one thing, it’s proof that coming full circle on embittered clichés can, at times, work in the favour of the movie.