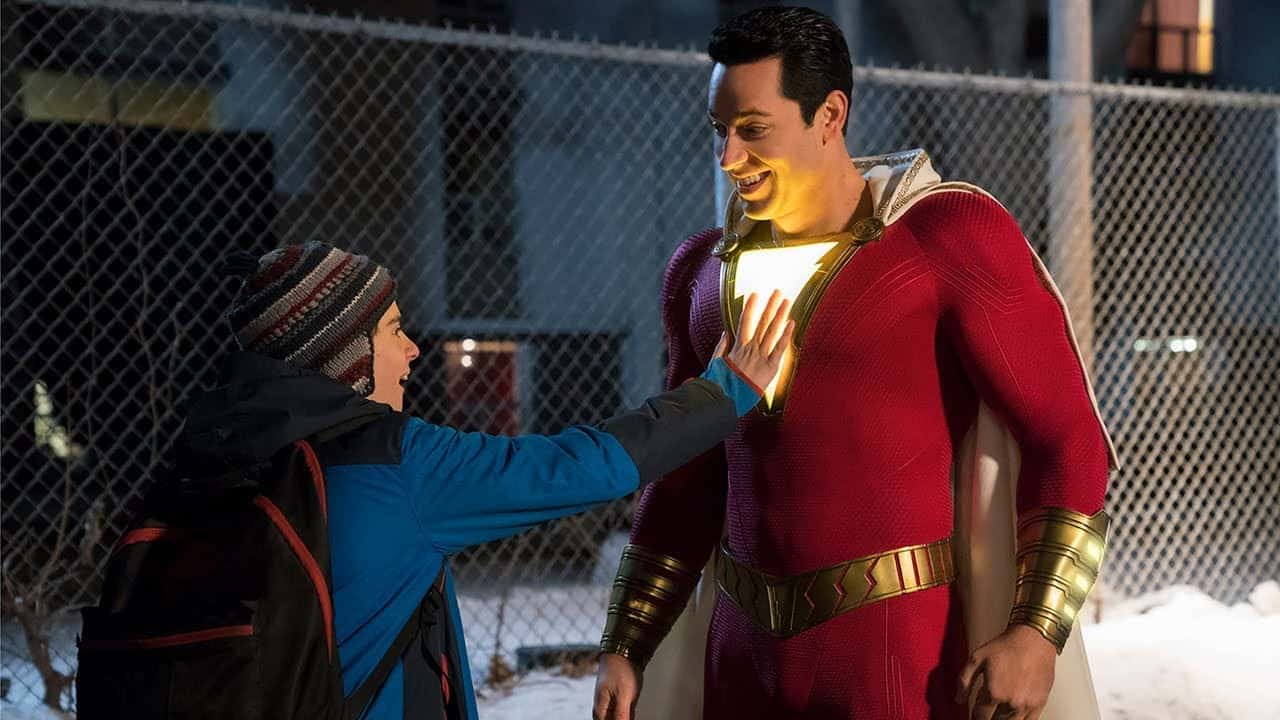 You know, I went into Shazam with zero expectations. Like, it’s Shazam for gods sakes. But, after DC managed to completely screw up Superman and Batman, this was really all they had left. If this failed, it was over for them. So, did Shazam succeed? Or was it just another failure in a long line of DC films?

I’m happy to report back that Shazam was incredibly fun, over the top, wholesome experience for all. I loved almost every second of it, as did the audience I was watching it with.

Shazam is about a kid named Billy Batson, a foster child who has run away from several foster homes, always in search of his real mother. He’s chosen by a wizard named Shazam who gives him the ability to transform himself into his ultimate form, with immense power, every time he says Shazam. He must now combat Dr. Sivana, a man given the same power by demons who have corrupted him. That’s obviously an extremely basic summation of the plot, but it’s better to go into this without knowing too many spoilers or features of the story.

The thing about Shazam is, no matter how basic the story, it’s so full of heart and soul that you can’t help but plaster a grin on your face throughout the entire film. Legitimately, I barely stopped smiling throughout it and I can’t remember the last film that made me feel this way. The cast is excellent, and it surprised me how well Zachary Levi played the role of a child in a man’s body. Both him and Aster Angel (who plays Billy Batson pre-shazaming) feel like the same character, and it’s rare that films of this nature manage to do this. Mark Strong as Dr. Sivana is great too, an actually creepy villain and a hateable villain too. But what really makes this film a special kind of superhero film is the makeshift film that Billy finds himself with. While they all have uneven screentime, they’re all equally delightful. Special mention should be made to Billy’s ‘Brother’, Freddie, who is played by Jack Dylan Grazer, in a role that is so excellent that it’ll likely translate to bigger roles further down the line. It’s always nice to see actually good child actors take the spotlight, and Shazam is no exception to this.

Shazam isn’t without its flaws however, despite how brilliant the rest of the film is. The pacing during the second act dragged for me mildly, not enough to leave me bored but enough for me to question why they were stretching it out so long. And while Mark Strong is excellent as Doctor Sivana, his character is very much the generic Superhero movie villain with not much new to bring to the table.

So overall, Shazam is a wonderfully fun time, with an excellent message for the whole family. Definitely worth checking it out if you’re interested in a fun film for all ages. It will be remembered as the modern equivalent of the 1978 Richard Donner Superman film, and that’s a promise.