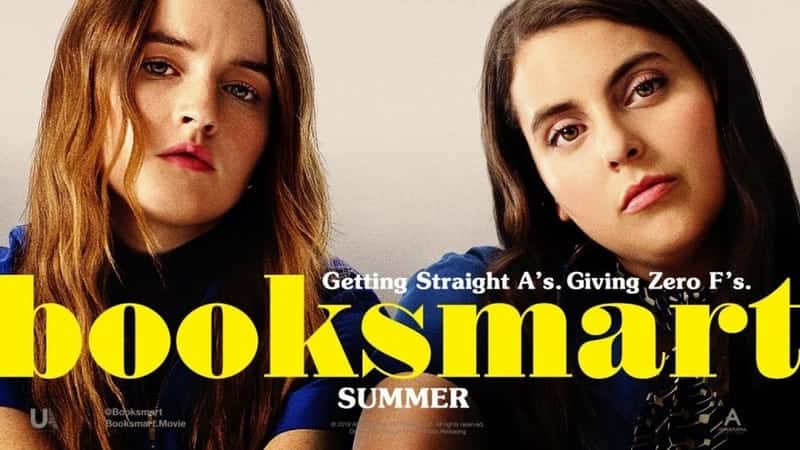 Every now and again, a film comes along that will define a generation.

The Breakfast Club, Superbad, Mean Girls, This is England and Rebel Without a Cause are all prime examples of this and, I’m happy to say, Olivia Wilde’s directorial debut, Booksmart, is about to join the list.

Booksmart‘s premise is an extremely interesting and (at least to this reviewer) relatable one. Just before I went to university I had a personal crisis because by coming to university I was leaving any semblance of familiarity behind, and doing something new entirely. But I also realised, during my college years, I didn’t really do much out of the box. There was still so much I hadn’t tried that I wanted to do. Booksmart is about two soon-to-be graduates realising exactly what I did after I finished college, that they’ve not done enough of these memorable things.

Unlike me, they decide to do something about it: they decide to cram as much debauchery and fun from four years as they can into one solitary night. This results in one of the funniest, yet most heartfelt films I’ve seen in years.

The performances are stunning, simply stunning. Kaitlyn Dever stars as Amy, one of two best friends who realises (as previously mentioned) that they haven’t done enough in their younger years together and sets out on a quest to do as much as possible in one night. While I was expecting to laugh at her performance (after all, this is a comedy film), and indeed I did, what I wasn’t expecting to do was relate to the character. During certain moments in the film, I thought ‘I’ve experienced that same thing.’

The real standout of the pair of leads, however, is Beanie Feldstein as Molly. Building on her role in the critically acclaimed Ladybird, she’s the beating heart of this film. She’s raucously funny, with a lot of her lines and comedic moments leaving me in stitches.

Overall, Booksmart is an incredible, once in a generation film. It’s funny, emotional and all-round a great time. Booksmart also answers the question of ‘What if a comedy, but shot well?’ And the answer to that question is absolutely wonderful.  It visually distances itself from other comedies of the same ilk easily.

Olivia Wilde has managed to become one of the very few actors who have made the leap to director successfully and has done so in an incredible fashion. Not since Superbad has a high school comedy managed to achieve this level of understanding when it comes to the age it is trying to portray.

This review is based upon a pre-release screening of the film. Booksmart releases in UK cinemas 24th May 2019.