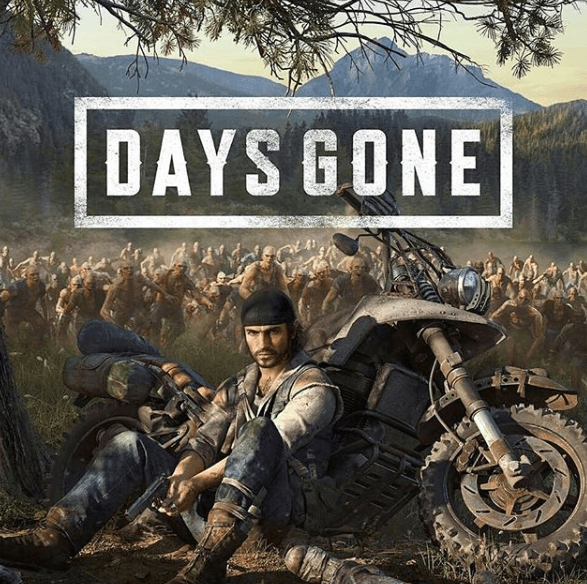 As games such as 2013’s The Last of Us have already defined the zombie genre, this Playstation 4 exclusive has a lot to live up to. When the huge, dynamic gameplay of Days Gone was showcased in a 2016 preview, showing the challenges players are going to face in their time in this post-apcolayptic world, it looked promising. Now that it’s been released, I can say the game itself is…

When I bought the game and installed it onto my console, I couldn’t wait to start smashing some freakers’ (thats what they call them) heads in! When I first jumped in, it seemed fine, but I would shortly find out I was wrong. The frame rate just died constantly in the first bike chase, constantly freezing and dropping in frames, it was a dreadful start to what had looked like a promising game.

I started to consider: if this game was going to always be like this, would I even finish it?

After downloading the first launch day update, I found the game greatly improved, although I had to figure out if it was my chair, my headphones or my game that was messing up some of the audio with tiny bits of dialogue twitching in and out. However, the frame rate still dies in some parts but it’s now bearable to deal with.

The graphics and dynamic weather cycle the game comes with is interesting.

Personally, I can’t figure out if it is predictable or not, though I haven’t bothered to see if you can predict it. I am not a weather man. The weather does impact your style of gameplay slightly, with it being harder to detect when it’s raining and during the night – if you’re crouching, obviously.

But, for the standard PS4 console, the graphics are genuinely good to look at. However, they may be even better on the PS4 Pro with its 4k capability.

The storyline started off slow. I guess it’s like those times you’re trying to drive off on black ice: your wheels are spinning continuously, slowly progressing forward until that one moment when they finally gain traction and then you’re off. Yeah, it is probably down to introduction to characters, building up backstories and development, but the longer you play this game the better it gets. Like an ageing whiskey.

Some of the missions can be a bit tedious though, such as driving to collect/kill a survivor as part of a camp job or sneaking around NERO (National Emergency Restoration Organisation) agents, who will kill you on sight (instantly failing the mission) if you are caught. Though some of them, especially the NERO missions, do push on the storyline, they can still drag.

In the hours I’ve spent on the game in the recent days, I’ve found I tend to get lost in the wilderness that is the Days Gone version of Oregon.  Also, when you’re traversing the zombified state of America, it can get a bit repetitive, though you have other issues to keep your mind away from the constant driving, such as: tending to Freaker Nests, finding fuel and filling up your motorbike, dealing with enemy camps and fixing up your bike after driving it too recklessly or crashing it into hordes of freaks.

One other important point that keeps this game fresh and entertaining is the hordes you have to deal with. Although they rarely appear during the day, if you decide brave them in a cave you better have a lot of ammo, plenty of stamina, enough fuel to flee if needs be and huge nuts.

Dealing with the hordes is hard, I find they can easily flank you.  I’ve tried to lead them to a marauder camp (to save ammunition) but, when trailing back to keep the stragglers in the pack, they’ve ALL ran into my path. They can also sneak up on you. When clearing a freaker nest, my mini-map lit up like a red Christmas tree and it turned out to be a HUGE HORDE. I may or may not have screamed like a little girl.

An example of a Horde here:

The game itself is okay.  It keeps you entertained as you travel across the map and the grinding to level up trust in various camps is something to do when you’re waiting for the next story mission. As I found out, annoyingly, all the camps have different currency, meaning your credits will vary depending on what camp you’re in.

Bend Studios still have a little bit of work to do to perfect this game, particularly with the frame rate issues. However, once this has been rectified and improved it’ll be an excellent game for horror and/or zombie fans.