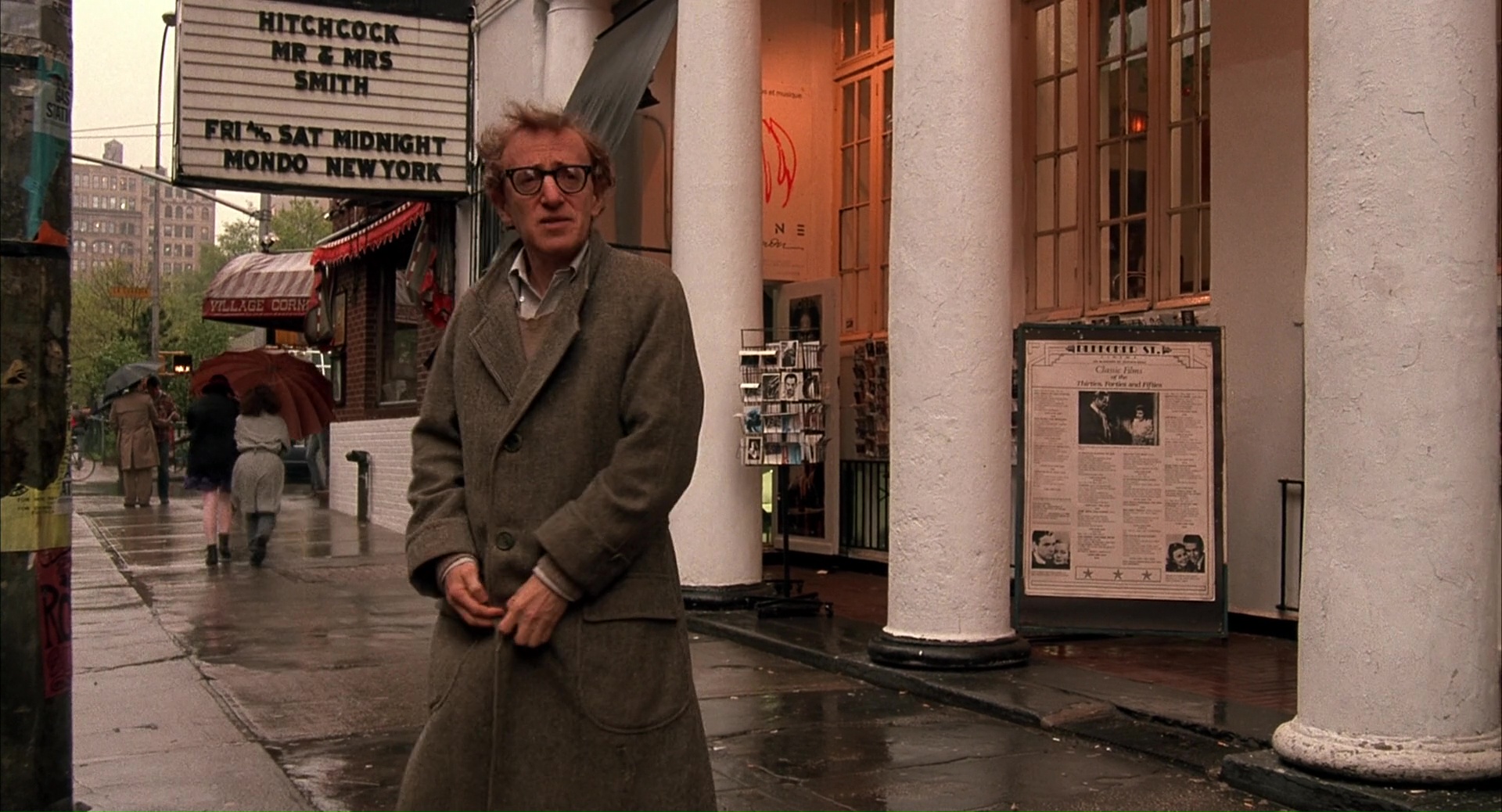 The work of Woody Allen often settles well with me, especially the work he produced and directed throughout the 1970s and 1980s. They were very much the golden years of his career, and the beginning and end of the 80s provides two of his greatest works. Stardust Memories kickstarted the 80s off in style for Allen, and his final piece of the decade, Crimes and Misdemeanors is a stunning mix of his thought process, dearly held beliefs and atypical style.

Cliff (Woody Allen) is a neurotic man, unhappy at the way his life is working out. A documentary filmmaker trapped in an unloving, platonic marriage. He holds a hatred for his brother-in-law, who, coincidentally, turns out to be the subject of his next documentary film. His jealousy of brother-in-law Lester (Alan Alda) reaches unsurmountable heights with the introduction of love interest and fellow documentary maker Halley Reed (Mia Farrow).

Cliff uses his niece to talk of his troubles, his jealousy of Lester and his misplaced lifestyle. It’s a more nuanced, somber character than Allen has played anywhere else, and I really appreciate how he can roll out a quieter performance from time to time. He isn’t raving as he was in Manhattan, nor is he fear fuelled and somber like Stardust Memories. His performance in Crimes and Misdemeanors is a nice turn for Allen, a rare instance where his character remains as unhappy as he is in the opening of the movie as he is in the final scenes.

If anything, this lack of growth or resolution is nicely used alongside that of Judah Rosenthal (Martin Landau), a rich and well-off ophthalmologist who finds himself in a sticky situation when his mistress threatens to reveal all. Landau’s finest performance so far, it’s nice to see him play a man truly stuck at a crossroads in his life. His on-screen presence here feels much more superior to that of his work in North by Northwest, and it may be down to the believable and enjoyable script and direction from Woody Allen.

A certainly superb movie, if anything for both its embrace and subversion of typical Allen tropes in his directing and acting. Crimes and Misdemeanors is a tremendously fun and coercively saddening movie that hits all the right notes throughout its running time. Exceptional in every way, and definitely one of the finest Woody Allen movies of all time, trumping the likes of Manhattan and The Purple Rose of Cairo. His strong output here is certainly helped along the way by a stunning supporting cast of talented individuals.