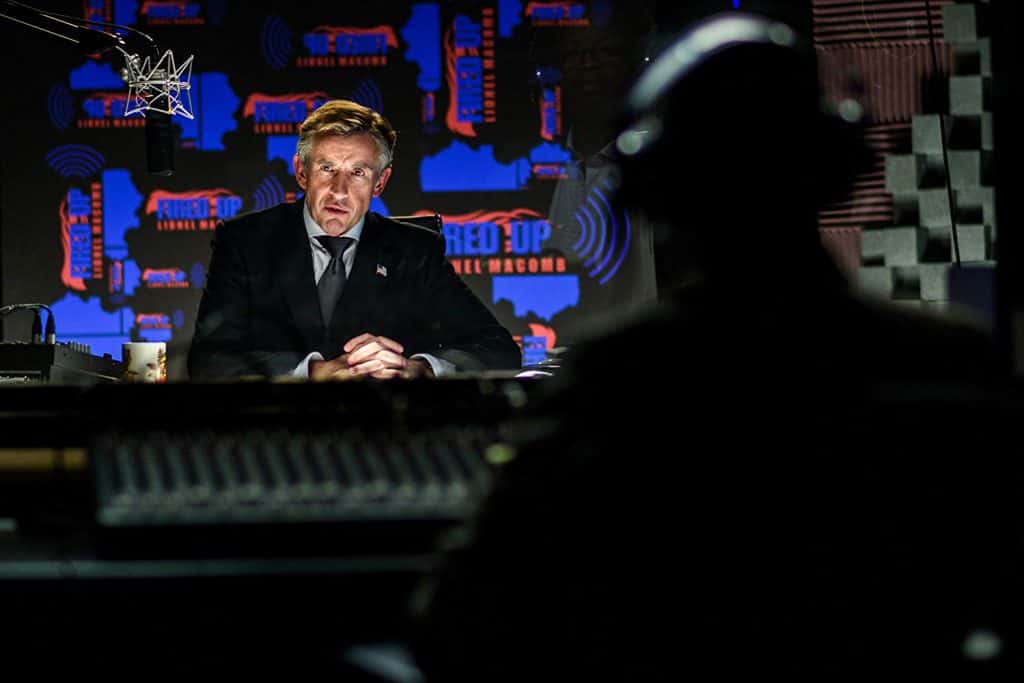 How many favours does Steve Coogan owe in the world of Hollywood? I ask this coming off the back of sitting through Hot Air, his latest feature film. To give him the benefit of the doubt, I do hope that this is a project he was forced into, rather than something he picked out for himself. Hence why he probably owes a handful of favours to the big executives that kickstarted his big screen career with Philomena. Was it worth it? Probably not, because Coogan is in a rut, and has been for a couple of years now. In all honesty, Hot Air should’ve been his salvation. It’s far from it, solidifying a rough few years for the once funny man.

Coming at a feverish time in politics, Hot Air should have no trouble finding a comfy middle ground between your expected light drama clichés and a left leaning political message. All well and good when handled correctly, but this film just drags on for far too long. When only one singular line of dialogue that works is a throwaway joke to bridge the gap into the middling conflict between two characters, you know for a fact it’s going to be one slog of a film.

Coogan stars as Lionel Macomb, a right-wing talk show host akin to that of Alex Jones but lacking the same odd stylings and hilarious outbursts. Macomb is highly strung, playing off on traditionalist ideals. Obviously these are thrown to the wall when his nieces comes to stay with him out of the blue for the foreseeable future.

Perhaps the worst part of the film is the character of Tess, here played by Taylor Russell. She has all the charms of a damp rag and the same acting capabilities as one too. Her character arc is the typical affair for this sort of film, a down on her luck and long-lost family member to a cynical older relative come together in a time of hardship. It has been done before, and better, by hundreds of other films. It’s as predictable as the day is long, and from even the earliest moments that she appears on the screen it’s already set in stone as to where the story is going.

My only sense of solace would’ve been Steve Coogan, if he hadn’t phoned in his performance. There’s nothing worse than hearing that chalkboard scratching impersonation of every American accent under the sun, all blended into one blob of mediocrity. Coogan is a real talent when he wants to be, but for Hot Air he must’ve been feeling tremendously off beat, that’s the only explanation possible for a performance this horrible.

Sadly not the only film this year to feature a prominently talented British actor as a radio host, only to have them stuck with a dreadful script (we have the delightfully terrible Feedback to thank for that quota), Hot Air is a film that tries to take itself too seriously. At the very least, it thinks it’s smarter than it actually is. About as smart a film as you’d get from the director of Click and The Ridiculous 6, this intrepid year keeps on trundling on, coughing up films like Hot Air all too frequently. If this year were a person, I would’ve had it euthanised.