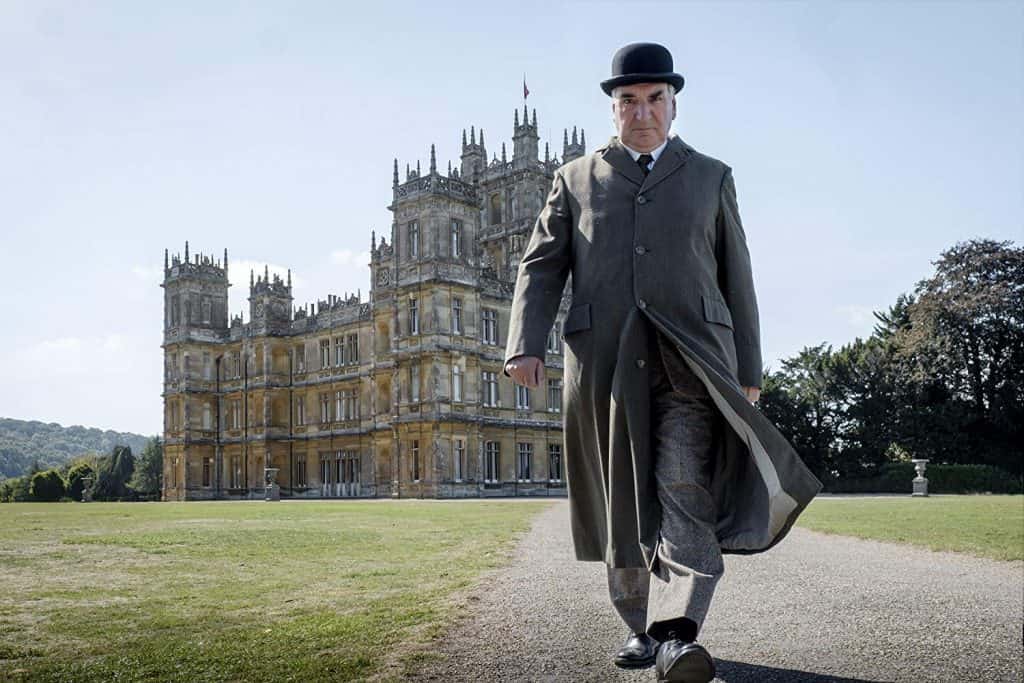 I know as much about Downton Abbey as I do about astrophysics, the works of Salvador Dali or cookery. Nothing at all. My knowledge in every one of those fields is lacking, but I could probably crack a few facts out about each, except for Downton Abbey. Who better to review the latest instalment into the series than me? For the sake of this review, I will give Downton Abbey the benefit of the doubt and say that period pieces do entertain me to a degree. It’s a shame then that Downton Abbey is one of the biggest, most offensive blunders in modern film history.

Set in the affluent lives of those that live and serve at Downton Abbey, the film is quick to display its main plot point. The King and Queen are coming to visit. From there, it’s a seethingly horrible display of British nationalism; monarchy chundering privilege, knuckling down the idea that the working class are happy to serve in such lowly jobs “for Queen and Country”. It’s an outdated message to say the least, one that will latch onto audiences that have any inclination to believe the drivel Downton Abbey manages to deliver in its lacklustre, pandering script.

Maybe that’s the target audience for this film, those that were alive in the time period it’s set in. The height of America’s Roaring 20s are in full effect, and although we’re stuck in the harrowing harshness of England, it’s hard not to feel the impact of such a setting. Extravagant ballgowns, overeating and servants in every other room of the estate, it’s a film that manages to create an atmosphere rather well. But it does nothing with this, for all the film looks nice and is framed well, it feels oddly dark and cold at times, even in the brightest portions of its running time.

The film provides every trope and cliché you could expect, cherry picking brief interludes of light-hearted subplots to litter through an unbearably long running time. Some subplots pop up and are rounded off within five minutes, a shame when some of these provide massive consequences down the line. The approach director Michael Engler takes is to provide us with a foundation piece of knowledge and then expect us to remember it among a slew of seven other stories. It’s hard to know what’s happening, far too much appears on the screen and in actuality nothing at all is really happening.

It feels as though every character is demanding a full display of their own Todorov’s narrative. They want their equilibrium to be presented, broken and mended by the end of the film. The only issue with this is that there simply isn’t enough time to cram so many stories into one place, yet Downton Abbey is arduous in its efforts to provide depth to as many characters as it can. What happens, in turn, is that some characters come off as genuinely useless or two dimensional. Brendan Coyle’s performance as John Bates is reduced to nothing more than a few one-liners about Irish Republicans and how “God would’ve been a monarchist”. It’s oddly uncomfortable.

Artificial attempts are made at expanding the world of the Downton Abbey television series. Characters interact with one another with expected frugality and politeness in a theme and tone that is present in every other period piece. The only difference is that Downton Abbey has too many characters littering its lengthy running time, and we don’t get enough time spent with those that are high on the billing. There are far too many stories for Downton Abbey to even attempt to keep up with. Hugh Bonneville seems awkwardly absent in a film where he receives first billing, but then again, he’s completely unnecessary to the plot and is given nothing to do. He shuffles around the many corridors of Downton, cropping up every now and then when writer Julian Fellowes remembers he is in fact meant to be the leading character.

Melodrama is not a compliment, so to call Downton Abbey the quintessential melodrama is a stain I mark the worst of the worst with. A film so unengaged with its own characters, trying to pop in as many cameo appearances to bedazzle fans while at the same time prepping everything for a potential sequel or spin-off. That’s what it felt like anyways, a film at the middle of a crossroads, given the choice to wrap things up nicely or to continue pulling out a story that doesn’t have any need to be this painstakingly long. Its core story isn’t as interesting as two of the subplots that are happily rounded off within the five minutes it takes to plough on through them.

There are three points within the Downton Abbey movie where I felt that should’ve been the end of the film. The first time this happened it turned out there was another half an hour of film to go, much to my disdain. The film here tries to cram an entire seasons worth of storytelling into one two-hour window, with not enough time spent developing characters further, nor is there a chance to engage or look into newer characters. Imelda Staunton crops up with a character completely absent from the television series, but she gets thrown in there just so the writers can give Maggie Smith and Penelope Wilton someone to talk to for their few scenes together.

Half expecting, half hoping that period piece legend Keira Knightley would show up to stop this sordid and depressingly bloated affair, Downton Abbey is a disgusting piece that pries on the odd love people have for the monarchy. I have never had a more profound hatred for a film, culture or fanbase than those that obey and worship the elitist attitudes this movie attempts to put forth. Grossly offensive to those that don’t wish to pursue the series, a truly repellent film due to its lacking and unpolished performances and its many spiralling plot points, none of which feel finished enough to please or prevail. Loathsome, detestable, beyond the pale of deplorable and dull.