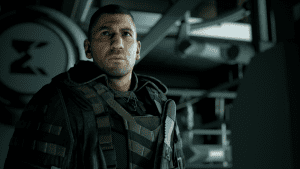 Ubisoft have recently released their next instalment of the Ghost Recon franchise, Breakpoint, ahead of Infinity Ward’s Call of Duty: Modern Warfare that is coming out later this week.

In previous Ghost Recon titles, their games seemed so linear. Using Future Soldier for example, there was always only one set path, or at least thats what I found on my numerous run throughs. Don’t get me wrong, it was a good game but it seems like now, Ghost Recon is setting out a new style of play in it’s two most recent games. Playing around with more of an open world concept rather than straight A to B.

Starting off, you crash land on a tropical island called Aurora. From then, it’s a fight for survival. At first I thought the graphics looked just like Ghost Recon: Wildlands, just more high definition. Which is essentially what it is, upgraded Wildlands with a new map. The annoying thing I found with the game, as small as it is, was that from the beginning it didn’t specify if it was a sequel to Wildlands or a new game itself with a totally unconnected plot. It wasn’t until I saw characters from the previous game that I realised that it was sort of connected. Small references are made between protagonist Nomad (Alex Mallari Jr.) and antagonist Lt. Col. Cole D. Walker (Jon Bernthal) in flashbacks throughout the game regarding Bolivia (Wildlands playable area).

I was intrigued to see how the injury mechanic worked in the game. If you get shot, on a high difficulty, would you start to limp? Would your aim be affected? I was slightly disappointed to be honest. You really have to put your character through some trauma ie. falling, or rolling down a hill before you even get a minor injury which affects how the player walks. Despite that, it is a good starting ground for future improvements.

Gameplay is rather quite good, I really enjoy the open world concept that Ubisoft are starting to follow with these games. Every base has a new challenge, you can scout it from a hill high above. Snipe from above and wipe out the camp before they even knew you were there or, if you’re feeling brave, get in, get out without being spotted or firing a single round. I enjoy that approach to this game. You go in knowing that you can either be tactical and sneak around without being detected (definitely needed if you’re going to infiltrate a wolves camp – antagonist camp – early on in the game), or go in guns blazing and kill everything in sight. But watch out for those new droids. In addition to fighting human enemies, players now have to tend to drones and behemoth tanks, and my god are they annoying to kill. I can’t count the times I have now been killed by one of those things while I’m trying to stealthily take out a sentinel base – the games secondary antagonist.

In addition, one small thing I love about the game is how the character moves. I don’t know why, but it’s so satisfying watching as you enter a building/room and see the character bend their body to ensure that the gun you have equipped, is aiming into the room instead of the wall. Which in turn allows you to get your aim on your target before they realise you are there. To me it gives the game a sense of realism, which is good for a tactical shooter.

Despite it’s little flaws, it’s generally a good game, it has a new interesting concept that separates itself from the previous Ghost Recon. Instead of playing as a squad (AI) on a solo run, you are literally on your own. Single-handily taking out a base without detection is a bigger accomplishment compared to doing the same with a four-man fire team.  Although you still do have small drones that you can use as a ‘Sync Shot’ (taking out a number of enemies at the same time).

Ultimately, I have enjoyed playing it over the 11 hours I have played it since getting it. Hopefully in the near future, updates will come out including little extra side missions the player will get to complete, like they did in Wildlands. AND if they bring back Sam Fisher, they better give us more information instead of just teasing us with his appearance like they did last time.