Halloween is long gone, but Christmas is upon us, which means the festivities can finally begin and we can enjoy the run up to the best time of the year (ignore the scrooges amongst us!). 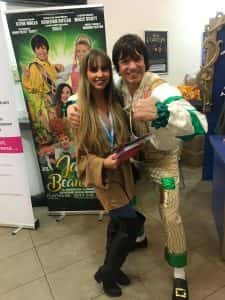 And with Christmas comes panto season!
Blue Genie Entertainment is back in the Playhouse, Whitley Bay for their eleventh pantomime season with ‘Jack and The Beanstalk’.
Local pantomime hero, Steve Walls is back for his tenth season at the Playhouse, this year he is joined by Britain’s Got Talent Winner, Ashleigh Butler and Sully, as well as local X Factor star, Molly Scott.

Pantomimes are one of the most popular festive activities over the Christmas period. With the risqué jokes and childish behaviour, last night’s performance proved pantomimes are for all ages.

In the 15 years I have attended pantomimes, I have never known an audience to be so loud. Both adults and children were singing along to every relevant pop song used throughout and especially during the traditional, family-favourite “oh no there wasn’t…”, “oh yes there was!” routine.
The audience of all ages were extremely engaged throughout. My seven-month-old cousin couldn’t keep her eyes off the whole show, and we have never seen her dance so hard or so much than we did last night. 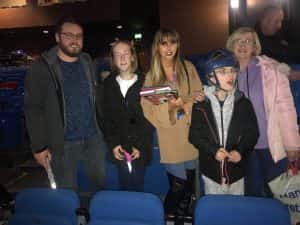 Local children from Grove House thought the show was brilliant.

A funny opening began with introducing the main characters and dancers as they sang and danced along to ‘Cotton Eyed Joe’, which had boosted the confidence of the audience for a night of fun and laughter. The dancers throughout the show were very well-choreographed as we saw them dance to relevant, well-known pop songs such as: The Climb.

First night, second show – the seats were filled and deservedly so. There aren’t many pantomimes that introduce a main character by having them walk down the aisle passing the audience, but that’s what Dame ‘Patsy’ Trott did, hyping us up for an audience participation heavy show.

Throughout the panto there was constant engagement with the audience, as well as the traditional panto elements, including the Dame picking on a random man at the front and flirting with him throughout.

There was nothing subtle about the adult, risqué jokes. One that stood out for me was when King Crumble was asked by Simple Simon if he had been taking his “meds”. The joke was started by King Crumble when he said: “Doctor prescribed me those blue ones”, to which Simple Simon replied: “they do nothing for his love life, but it stops him from rolling out of bed.” 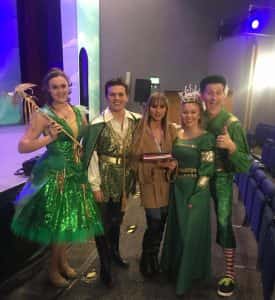 The props and the background settings were fantastic, and the giant was both lifelike and terrifying for the children and adults alike. The acting was incredible, I couldn’t keep my eyes off the performers. The Spice Girls medley at the end however topped the whole show. The audience were out of their seats singing and dancing along to the likes of ‘Stop’ and ‘Wannabe’. The show also included two quick live performances from Ashleigh Butler and Sully, which would have been adored by any Britain’s Got Talent fan.

Get yourself to this showstopper! The Playhouse should climb straight to the top of your festive to-do-list this panto season.

Visit their website for all the information on how to buy your tickets now!