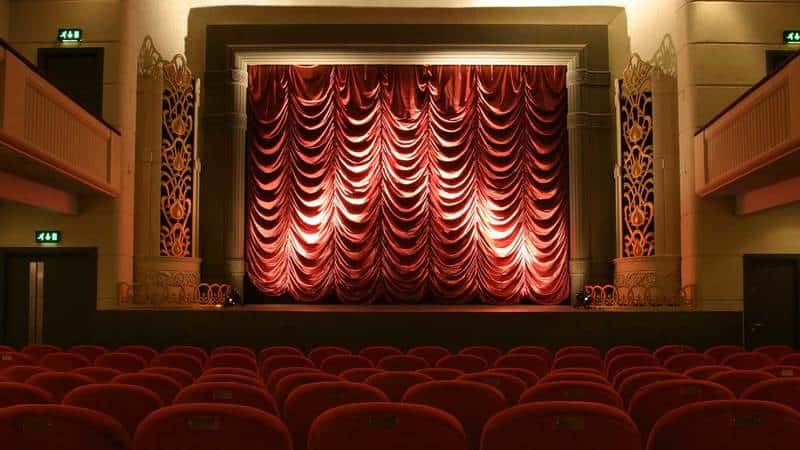 The impact that the Tyneside Cinema has had on the North East is unequivocal. How it has shaped generations of avid film fans and movie goers is incredible, and it’s a sad shame that there isn’t more material out there documenting its bold stance within history. The Dream Palace: A People’s History of Tyneside Cinema takes the heart and soul of the North East and applies it to the Tyneside Cinema, which still stands as a bold and important part of Newcastle’s history. Interviewing those that were involved with its upbringing and those it had an impact on, The Dream Palace is a comfortable introduction to a movie house that deserves much more publicity than it receives.

From documentary filmmaker Alex Ayre comes a firm documentary on the early history of the Tyneside Cinema. The film consists almost entirely of interviews with the older generation and the impact it had on their early childhoods. Picture houses, going in to watch the newsreel and how it provided an escapism from troubles of the family life. In that sense, movies themselves haven’t changed, they’ve always been a place of escapism, but Tyneside Cinema at times feels like much more than that to those interviewed.

It’s not only the public that are interviewed about their experiences and fond memories of the cinema though, with the likes of Andrea Riseborough and Ken Loach appearing to reminisce about the impact that the cinema had on them. The debut of Kes made Loach’s second feature film a booming success, its success in Northern cinemas like Tyneside keeping the film alive and well, eventually remaining as a classic example of how the North of England has been preserved in classic film. The brief clips of Loach are beneficial and insightful into how the North as a whole had an impact on his work, and it’s nice to see that the impact he provides to film has been returned somewhat by the very cinemas that showcased his work.

Aside from that though, The Dream Palace becomes rather complacent in how it views the city as a whole. Nostalgic remembrance held by many that have the Tyneside Cinema near to their hearts. Many of the elderly interviewees can use it as a place to reminisce about time spent with family or friends that are no longer with them, and it’s rather touching. But rather than clip in some footage of how the Tyneside Cinema has evolved, we’re left with a hundred sob stories, equally as touching but an ineffective tool in telling us how exactly the cinema has evolved over the years.

For those looking for a general history that could introduce you to the cinema, you’ll have to look a bit further than The Dream Palace. Although it has its charms and a fair few interesting factoids about how the cinema has grown, there’s no hook for someone looking for a factual timeline of the cinema. If you’re looking for the impact then there’s more than enough to go around, with The Dream Palace you get a real sense of history, but not much fact.