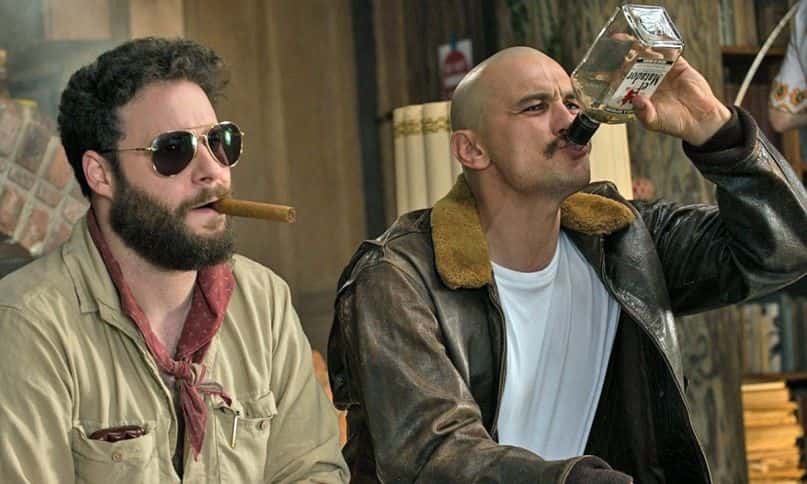 Any project that is shelved for a number of years and then coughed out by an unknown production company is bound to send shivers up the spine of any reviewer who even thinks to search out such a project. Zeroville was completed way back in the distant year of 2014, but it’s only now that James Franco’s directed piece has been released. You can see why it was shelved for so long, as Zeroville is an embarrassing adaptation of the book of the same name.

Sometimes one or two actors are simply wrong for the performance role they look to play, with Zeroville it just so happens that everyone is wrong for the role they play. Looking more and more like Franco cast those he is friends with, basing it on how much they like to be around him rather than how much talent they bring to the table, Zeroville is your expected collaborations of the same few, unfunny faces that litter the films of Franco. Feeling more and more like a This is The End and Pineapple Express wrap party than something more solid and consistent, Zeroville suffers from a bloated cast with few coming anywhere close to a solid or interesting performance.

Even at the best of times, Franco isn’t an interesting performer or entertaining lead. He struggled through his adaptation of The Disaster Artist with relative difficulty, and everything else he has appeared in since then has been either forgettable, boring, or, in most cases, both. Not providing anything of interest since his turn in Spider-Man 3, Franco has bounced from project to project with no real aim or objective. At least his performance as Viktor, the leading character of Zeroville, isn’t as bad as his poetry.

Such bad casting leads to poor performances from everyone involved. Seth Rogen plays the legendary John Milius in what can only be described as the strangest casting choice since Malcolm McDowell was cast in Home Alone 5: The Holiday Heist. Rogen is one of the few aspects of the film I can get behind though, not because his performance is any good, but because it is so jarring with what the film is attempting to accomplish by being both a pseudo-biopic and adaptation of a literary text at the same time. Such a blend falls expectedly flat and it’s incredible just how poor it all works out.

Zeroville is a project that should’ve stayed buried deep within the cellar of films that are never released. To think I’m still waiting on Bruce Campbell’s Highly Functional is still without a distributor is wild when James Franco’s car crash of an adaptation is now being filtered out into public view as stealthily as possible. Well I’m not having it, I sat through Zeroville just to tell you not to watch it, when, to be quite frank, you probably already knew not to do so. An absolute travesty of a film, one that manages to blend the dense nature of James Franco’s primitive performance with the directing skills of a college student. Avoid Zeroville at all costs.