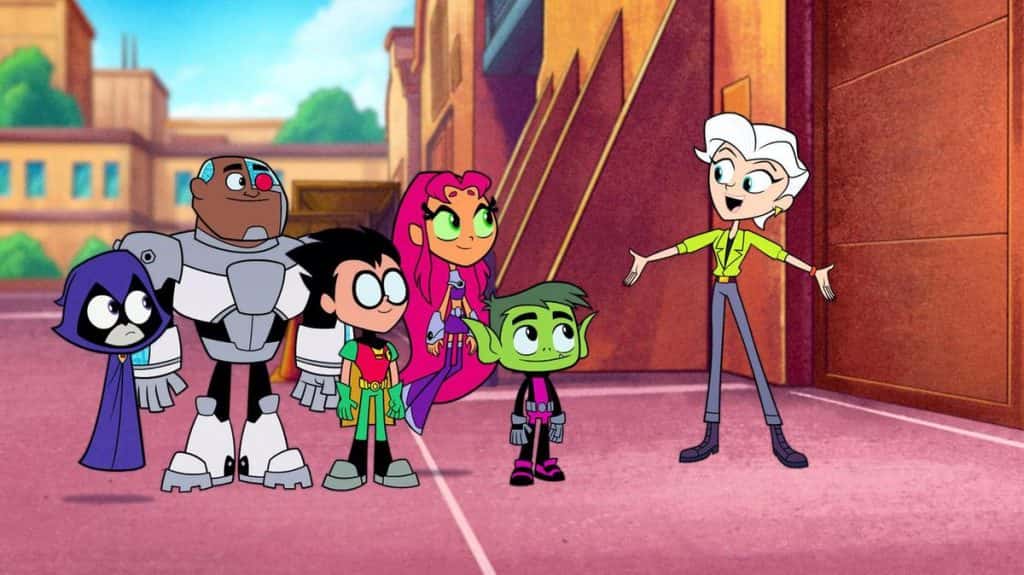 Expecting some sly, wry and childish satire on the superhero film industry, I went into Teen Titans Go! To the Movies with high spirits as I begin to play catch-up with the previous year of film. A handful of films are expected to slip through the cracks, but one that I was keen to watch from the get go was in fact this big screen adaptation of the classic kids cartoon Teen Titans Go! Call me a fake fan, or not a fan at all since I’m not, but I’ve only seen a handful of episodes of the show. It’s actually pretty good, and I know enough about the show to say that its big screen adaptation is sloppy, poorly handled and near unbearable to get through.

Following Robin and the rest of the Teen Titans troupe, the film employs the premise that sidekicks aren’t receiving standalone films. In a bid to change this, Robin sets off for Hollywood to make his own superhero movie. Already you can begin to piece this story together, and you can throw in the inexplicable cameos throughout too. Stan Lee, Nicolas Cage, I’ve been told Lil Yachty is famous but I’m not sure what for, and Greg Davies too who I know from Man Down. Whether or not you’ve heard of them, all feature throughout the film in at least some minor conceptualisation of your favourite DC superheroes.

The performances are just enough to pool uber fans of the television show, with a cast of relatively unknown voice intermediates surrounded by a whole host of larger than life celebrity personalities. Will Arnett, John DiMaggio and Kristen Bell are just a handful of those that appear in supporting performances, and their roles are somewhat recognisable. With our leading group however, you’ll rarely hear them outside of the roles that have essentially defined their career for the considerable future.

With the only benefit for me being a vaguely enjoyable animation style, Teen Titans Go! To the Movies manages to blend the worst aspects of several genres together. With pieces and parts of the musical genre thrown into a self-parodying piece of comedy, it feels like it veers more to the style of Epic Movie tier of referencing. The only thing stopping it from stooping so low is how benign it is. How completely useless and irrelevant its jokes can be makes up for how cringe inducing it is. Re-hashing the same two jokes twice in the opening twenty minutes is mesmerising, an example of how creativity is thoroughly dead.

Essentially a movie made for fans of the show by those that don’t really understand what makes them tick, Teen Titans Go! To the Movies is awful in every sense of the word. It is neither funny nor interesting to look at. A funky palette isn’t enough to pull anything of use or interest out of this movie, its comedy drains the soul and to be quite frank, it makes it one of the worst films of the past few years.