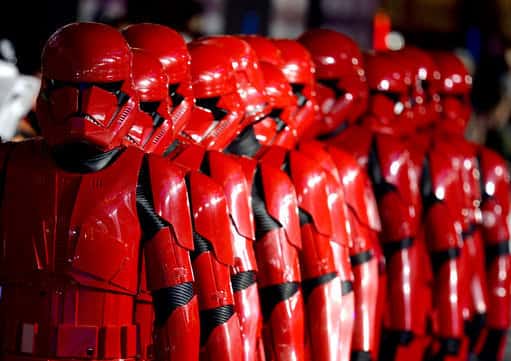 The episode to end a 42-year-old sci-fi saga that has lasted a few generations.
Actors like Daisy Ridley, John Boyega, Adam Driver and Oscar Isaac (to name a few), with Disney at the helm, had a lot of pressure on them to ensure that this new trilogy delivered to many fans who had grown up with it and loved it.  Frankly, looking over the now finished sequel trilogy, they didn’t do that much of a bad job.

However, I’m not going to deny that arriving at the cinema to watch this final film made me particularly anxious…
Throughout my childhood, I had always looked forward to this time of the year, not just for Christmas, for a weekend watching the Star Wars movies (Ep 1 – 6). I was excited to see how this trilogy was going to play out when Episode Seven: The Force Awakens was released in 2015, and find out who the new heroes and villains were. However, next came Episode Eight: The Last Jedi which seemed more like filler than anything else, just a way to develop the characters and connect the dots between Episode Seven and The Rise of Skywalker.

It was blissful to see Carrie Fisher on the screen one last time, which was an interesting thought in the build-up to this film. Would Fisher be in many parts of this movie or a small scene and never seen again, due to her passing at the end of 2016?
However, from the archived footage that they used to resurrect the late actor’s character, General/Princess Leia Organa took part in some pivotal parts of the movie and got a good amount of screentime, not much but an okay amount. However, you can kind of, tell where they got some of their footage from for her scenes. One scene reminded me of the time when Organa and Han Solo (Harrison Ford) were talking about their son, Ben aka Kylo Ren (Adam Driver), in The Force Awakens.

There’s no doubt that the Star Wars franchise relies heavily on CGI (Computer-Generated Imagery) in the newer films – as opposed to the practical effects in the times of the original trilogy. However, they just can’t seem to successfully recreate humans with that CGI, such as in a flashback scene which looks back on Luke Skywalker (Mark Hamill) and Leia around the time that the Empire had been defeated in Episode Six. I have to say, I really think that the CGI department really fell short with recreating the younger versions of Hamill and Fisher, it was just plain horrible.
Rogue One’s recreation of the late Peter Cushing’s character, Tarkin, was borderline okay, but this was just something else.
Had they recreated the scene in lighter conditions, instead of setting it at night, it may have been better.

I kept an open mind for how they were going to finish the film, would Rey die? would the First Order be obliterated and the resistance attempt to rebuild a galactic republic for a second time? But the answer to that question was quite… peaceful.
However, I had found a slight problem with the way they ended the saga and the film. In a way it felt more like the end of a season, rather than an entire movie franchise. As if Disney is leaving the door slightly cracked open a little, not shutting it, locking the door and throwing away the key. Slightly open, as if they can create another trilogy or spin-off to cash in for some extra revenue if and/or when they desire.