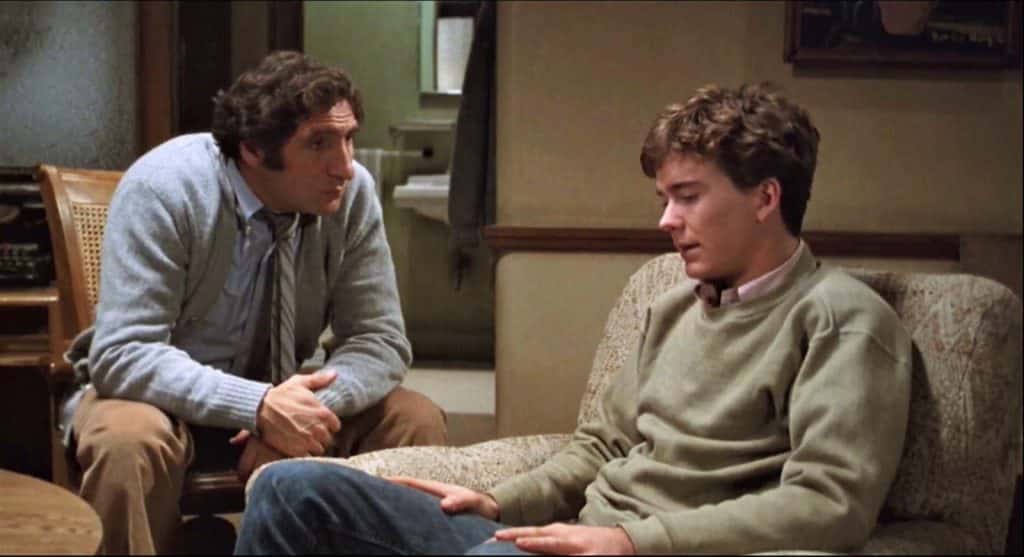 Dissecting the lives of an ordinary family struck by tragedy isn’t exactly a new style of dramatic storytelling. The genre is overflowing with tales of death, divorce and displays of family life breaking down around a once closely-knit family. Hundreds of films have released to probe and construct near identical topics to the ones inside of Robert Redford’s 1980 film, Ordinary People, yet it’s the Redford film that provides us with a realistic expression of turmoil and grief. Not looking to set the standard for the genre or to furnish some overwhelming new phase of the middle-class, mid-life crisis, Ordinary People shows a display of breaking down for the sake of it.

Following the coping mechanisms of the Jarrett family after the loss of their son, we follow Calvin (Donald Sutherland), his wife Beth (Mary Tyler Moore) and youngest son Conrad (Timothy Hutton) as they subsist on grief, anger and torment. A talented trio are brought together by the inclusion of Judd Hirsch as therapist Tyrone Berger as he indulges the family in their feelings one at a time. For much of the film, we spend time with each individual member of the family, and we see in detail how they deal with the death of a loved one.

The film is overflowing with strong performances, most of which go on to solidify the core message of the movie. Redford’s direction at these times excel as the very capable hands of Donald Sutherland take the camerawork to new heights. Playing a man divided between his wife and son, Sutherland’s performance as Calvin Jarrett shows a man on the edge, keeping himself together so that his family may also remain that way. Moore gives a performance that shows an almost care-free attitude to life, her vision of the nuclear family shattered, she finds it hard to love her only remaining son as much as she did her deceased one. Hutton’s performance is perhaps the most impressive of all, or at least it would’ve been if it hadn’t gotten bogged down by pointless subplots of romance. It doesn’t have any impact on the primary story, so the inclusion of his love life is a rather strange oddity, something that is at least interesting to watch but has the bare minimum of effect on the overall standing of the film.

With the bare minimum of storytelling provided, it’s nice to see Redford’s debut in the directing field is an emotionally strong piece of film. Honing in on realism rather than optimism, the effects of losing a loved one are highlighted in excruciating detail, with some nice camera work on the whole. Pairing these great performances and strong directing sense with a script that only has a few faults leads to a thoroughly engaging piece of drama.

Ordinary People doesn’t do anything wrong, but it doesn’t do anything as effectively well as it sets out to proclaim. There are moments of brilliance in amongst plodding plot details and supporting performances that don’t really do anything for the film. Redford’s direction is enjoyable but not wholly impressive, Sutherland’s performance is great but lacks enough time to digest the struggles of sitting on the fence during family drama. A film that has so many great details to it but doesn’t have the time to explore them is a rather frustrating experience, but Ordinary People brings out the best it can in a story that has been told in varying iterations time and time again.