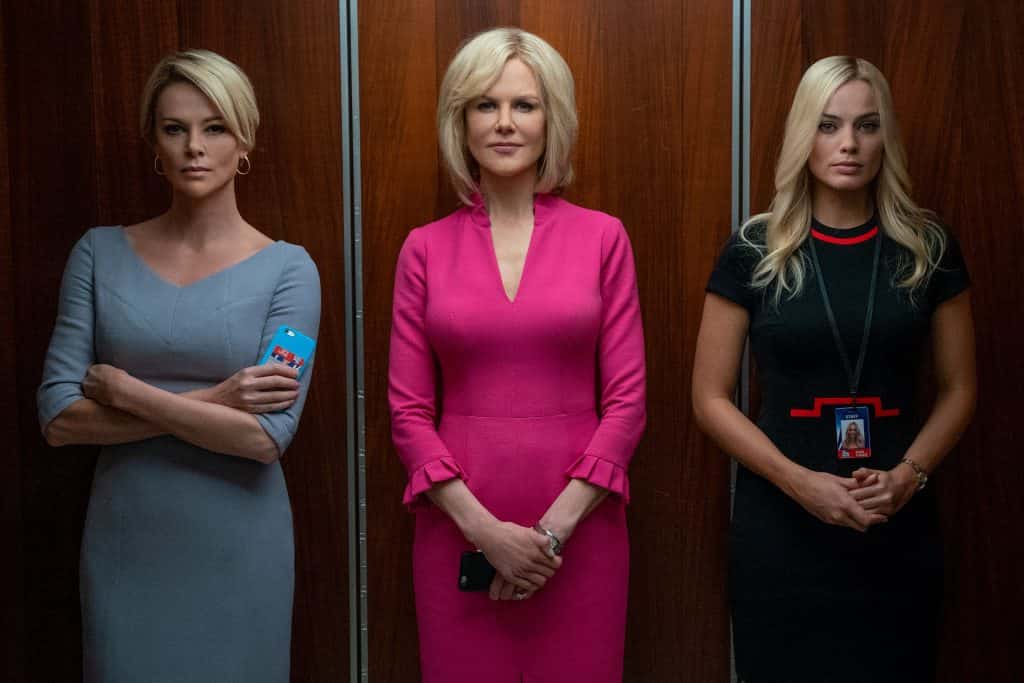 The alleged crimes former Fox News owner Roger Ailes took part in over the tenure of his association with the company is a tale worth telling. Conduct in Hollywood and journalism over the past few years has been in the public limelight more than ever recently, so it’s no surprise that Bombshell looks to highlight the downfall of Ailes thanks to the women brave enough to stand up against him and make his scandals public news. Directed by Jay Roach, the man that brought us Austin Powers: Goldmember, Meet the Fockers and The Campaign, who better to dive head first into the deeply rooted power abuse that Fox News found themselves wrapped in during 2016?

Trying to capture the success of The Big Short with its constant fourth wall breaks and writing that appears smarter than it actually is, Bombshell takes a shallow route in exploring the themes of its story. Falling short in many similar ways to The Laundromat did, we dissect the role of Gretchen Carlson (Nicole Kidman) and her whistleblowing endeavours in an almost pedestrian manner. Alongside Megyn Kelly (Charlize Theron) and Kayla Pospisil (Margot Robbie), the trio look to take down Roger Ailes (John Lithgow) and make it publicly known that his disgusting behaviour would not go unpunished.

It’s a shame that this trio of truly talented actors can’t bring enough energy or interest to the project. Rarely ever interacting with one another on screen, we receive three stories that haven’t got the room to grow and don’t have the time to display their messages or meaning. A film that could’ve justified a much longer running time, Bombshell is a film that tanks rather quickly, running out of steam before it can even get around to closing up its first act. By the time we’ve established the characters, it’s already too late. Their generally boring performances are coupled with writing that feels more like a first draft than a finished product.

Lithgow however manages to provide us with a clear and straightforward villain. He plays mean characters well, and his portrayal of Ailes manages to conjure up the slimy, degrading comments he would make on a day to day basis. That much is clear, and Roach hones his camera on these scenes, with enough littered throughout to really understand the impact of his abuse of power. With the audience understanding its impact, it’s painfully shameful that we don’t get the time to discuss or dissect anything outside of that. Ailes disregard for complaints is captured, but the stories of the women he preyed on are slapdash, poorly resolved and inconsistently underwhelming, again because of poor writing from Charles Randolph.

Bombshell holds within it a feverishly interesting and important story of sexual misconduct among powerful business owners, looking to use their power to better themselves or just to show that they can do whatever they like. It is, then, a tremendous shame that we never get to indulge in such a consequential and momentous moment in modern history, in part thanks to some boring direction, inconsistencies in the script and an overall lack of focus on a topic that needs a trained eye rather than a wandering, limited interest in its subject matter. Bombshell had the talent to take itself further than a generic biopic, but it’s all too comfortable in not even attempting to make an engaging movie.