Opinion Piece: Dancing to Oblivion – The Slow Death of Television 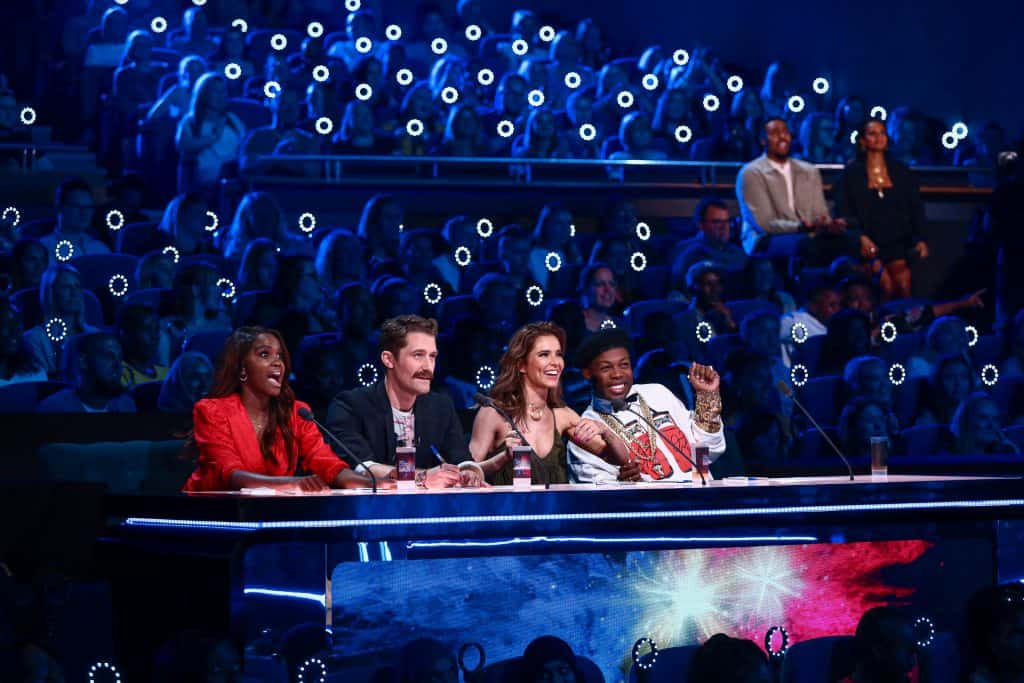 If Love Island weren’t warning enough, the recent entries of panel shows and game shows that litter the TV schedule currently should be a sign that the end is nigh. We’ve reached the final, dormant years of television, for it will be replaced by the suited corporations of Netflix and Amazon, churning out adaptations and remakes until the supply has met inconsistent demand. Television is being left in the dust, and if the recent channel guide was anything to go by, it’s rightfully being left behind like Tod from The Fox and the Hound.

Shows like The Greatest Dancer provide free, license-fee funded lobotomies for generations of gullible audiences who lap this depressing foundation of drivel up like it’s their one and only meal. Wheeling out Cheryl Cole (now Tweedy) as if she were relevant in the modern era of television to panel a dance show alongside other C-list celebrities looking to cling onto their stardom as best they can, The Greatest Dancer is another fine example of television made for the background noise genre. Cheryl Tweedy (formerly Cole) is used to this format, holding up a few series of The X-Factor back from when it was teetering on irrelevance, of which it has now plummeted into being about as relevant as Norman Wisdom, The Buggles or whatever goes on over on Channel 5.

If my alcohol pickled memory serves correct, The X Factor brandished one more attempt at being a torch bearing beacon for panel show television when they did a celebrity special. Pooling together a pot of celebrities you never knew could sing, The X Factor: Celebrity invited a variety of celebrities including a chaser from The Chase and two former A-listers who had carved their niche in singing. For a show destined to highlight the hidden talent of singing from people who aren’t typically singers, it does surprise me somewhat that a handful of contestants were in fact singers by nature. It’d be like being surprised professional dancers could dance on shows like The Greatest Dancer, or that vermin who were famous for the sake of it could seat panels on the very same show.

Also sitting at the panel of The Greatest Showman-I-mean-Dancer are two nameless faces so bland I can’t think of any jokes to make fun of them with and a third man who looks like Tom Selleck only younger, less distinguished and equally as unbearable. Rounding this trio of vaguely familiar faces with Cheryl Cole (now formerly Tweedy) is about as reprehensible television can get. A show all about plucky, optimistic members of the public dancing their hearts out in front of a panel of people paying slight attention to the fumbles and falls littered throughout their inconsequential, dull performances.

In a way, it reminds me of how executions were carried out toward the end of the Second World War. The prisoner, in this case the group of dancers, almost begging for the sweet mercy of release from their captors, the panelists, who have found themselves behind the rifle rather than in front of it solely through luck and luck alone. They stare down the barrel of criticism, primed and ready to fire while the captors (dancers) realise that their only mercy will be the thought that, had it panned out slightly differently, the roles would be reversed. Fear not, you relentless prisoners, soon these judges shall be in the very place you stand, the liberation of corporate Netflix nightmare fuel will soon be upon us all.

Maybe the only benefit from Netflix and Amazon collectively enslaving us in the most surprising tag team since Hulk Hogan and Macho Man Randy Savage will be that neither company will ever want to display any sort of dancing on their platforms. The genre of reality television and game show variety segments will be left to die in the wilderness like the protagonist in Cormac McCarthy’s The Road.  I can’t exactly imagine booting up a streaming service one day to see Netflix Presents… Dancing on Ice in my recommended feed.

Perhaps if they do have the gall to produce such a show, they’ll force their already hardworking collaborators to dance, panel and contribute to Netflix’s masochistic version of pratting about on a thin sheet of synthetic ice. Charlie Brooker of Netflix’s Black Mirror would be superglued into ice skates, cattle prodded and mocked as he danced to the entire soundtrack of Netflix’s Stranger Things. Visible tears would form as he sweats his way through a compendium of three seasons worth of musical enlightenment, for it all to crumble away as a panel led by Ricky Gervais scoffs and delivers a mundane, poorly constructed joke about how it’s funny because you’re offended. The show would end with the cast of Mindhunter being fired out of a cannon, back into an ocean of obsolete, cancelled-too-soon television.

For now, let us all rejoice in the fact that we can avoid such a hellscape. My vision of the future may be bleak (and accurate), but at least it hasn’t happened just yet. Put your feet up, switch the telly on and drool away. The bleak future awaits, and it will wait a little longer just yet.